One researcher at the School of Engineering and Applied Science has been awarded the 2015 New York Academy of Sciences’ Blavatnik Regional Award for Young Scientists and a second has been named a finalist. 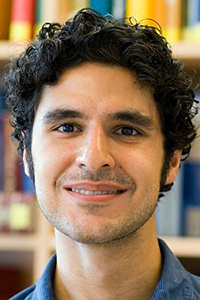 The academy honored Arash Nikoubashman for his work simulating the “self-assembly of block copolymer thin films”. His work examined the underlying physics of soft materials to develop their use in nanotechnology and other fields. Nikoubashman, who was a post-doctoral researcher in the group of Athanassios Panagiotopoulos, the Susan Dod Brown Professor of Chemical and Biological Engineering, is now a research group leader at the University of Mainz, Germany.

Yang Liu was a finalist for the Blavatnik Award for his experimental work on the “quantum phases of two-dimensional electron systems.” His work explored the quantum phases that electrons exhibit at extremely low temperature and high magnetic field. Liu, who was a post-doctoral researcher in the laboratory of Mansour Shayegan, a professor of electrical engineering, is now a post-doctoral fellow at Stanford University.

The Blavatnik Regional Award for Young Scientists is granted annually by the Blavatnik Family Foundation and the New York Academy of Sciences in recognition of outstanding performance by post-doctoral researchers at institutions in New York, New Jersey and Connecticut. The winners and finalists were selected this year from 130 nominations by a jury of scientists and engineers.

Learn more about Nikoubashman’s work in the following video (starting at 3’31”).

2015 Blavatnik Regional Winners and Finalists from The Blavatnik Awards on Vimeo.