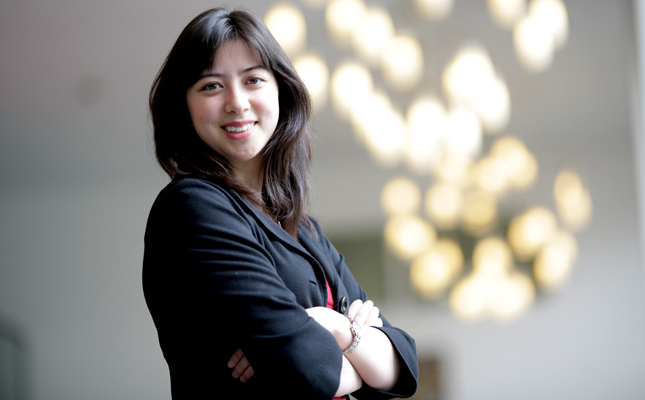 Cyanide might not seem like the obvious solution to cleaning up water, but as Christina Chang discovered in her junior year at Princeton, the chemical could have significant impact on both pollution cleanup and water purification.

Chang was working in the lab of chemistry professor John Groves, whose team had invented a catalyst that would help produce chlorine dioxide, a powerful disinfectant for water. When Chang added cyanide to the process, the production rate of chlorine dioxide increased 200-fold, a breakthrough. Not only that, the cyanide itself disappeared within seconds, along with the chlorine dioxide. Her question was, why?

“It was a scientific puzzle,” said Chang, who graduated with a bachelor’s degree in chemistry in 2012. Her quest to find the solution was part of a summer-long Lewis research internship funded by the Andlinger Center for Energy and the Environment.

Chang eventually realized that the water disinfectant was disappearing because it was simply doing its job, reacting with cyanide to make cyanate, which is much less toxic than cyanide itself.

With this discovery, Chang and the rest of Groves’ team reasoned that their chemical combination could be added to water coming out of mines, which are contaminated with cyanide. The method could quickly clean up the cyanide. Groves added Chang’s innovation to a pending patent for the catalytic generation of chlorine dioxide. 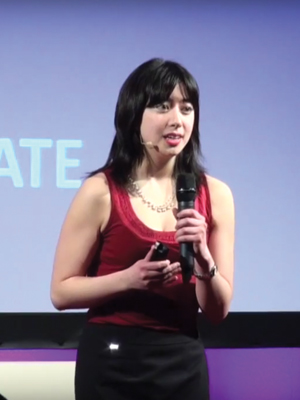 “I am so grateful for the Andlinger Center’s support of fundamental research that’s applied to societal problems,” Chang said. She added that she was inspired to pursue an environmentally relevant project and the Lewis Fund internship after hearing a lecture from the Andlinger Center’s founding director, Professor Emily Carter.

“She showed me that a female scientist, a chemist, could be motivated by an important societal problem in addition to a scientific problem,” Chang said.

After extending and elaborating on her summer research for her senior thesis,

Chang went on to secure the Marshall Scholarship and earned master’s degrees from Imperial College London and Cambridge University. There she became fascinated by how plants store sunlight energy in the form of chemical bonds.

“If we could beat plants at their own game, we could provide sustainable fuels for the world,” said Chang, who recently published an article with colleagues at Cambridge on a technique to improve artificial photosynthesis.

Now a Ph.D. student at Harvard, Chang is investigating future materials for solar panels in Professor Roy Gordon’s laboratory, a group of 20 chemists and engineers. The group works on understanding the chemistry and real-life application of these materials by tackling issues such as moisture sensitivity, efficiency and the photophysics of energy transfer, Chang said.

“Developing global sustainable energy is the central problem of the 21st century,” Chang said of her future as a researcher. “Our generation has a great opportunity and responsibility to serve the world.”