Two members of the engineering faculty, Emily Carter and Michael Celia, have been elected to the National Academy of Engineering, one of the highest professional honors for U.S. engineers.

In addition to Carter and Celia, Princeton alumni Dan Boneh, Morton Collins and Thomas Connelly, Jr. were elected to the National Academy of Engineering. 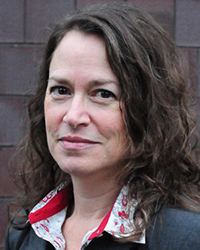 Carter, the Gerhard R. Andlinger Professor in Energy and the Environment, was recognized by the academy for “the development of quantum chemistry computational methods for the design of molecules and materials for sustainable energy.”

The founding director of the University’s Andlinger Center for Energy and the Environment, Carter is known for her pioneering work in theoretical and computational chemistry. Among her achievements are pioneering developments of orbital-free density functional theory, a quantum mechanical method for studying the behavior of large number of atoms, and embedded correlated wavefunction theory, which allows local electronic excited states and charge transfer to be treated accurately in condensed matter. This latter theory helped reveal mechanisms of photoelectrocatalysis, a light-driven electrochemical process that is further accelerated by the presence of a catalyst.

Carter also holds appointments as professor of mechanical and aerospace engineering and professor of applied and computational mathematics. Her current research focuses on the development of sustainable energy technologies such as inexpensive solar cells, artificial photosynthesis and lightweight metal alloys for use in fuel-efficient vehicles and fusion reactor walls. She has delivered nearly 500 invited and plenary lectures worldwide and serves on numerous international scientific advisory boards. Among many professional honors, in 2008 Carter was elected to the National Academy of Sciences and the American Academy of Arts and Sciences. She received her doctorate from the California Institute of Technology and in 2004 joined the Princeton faculty. 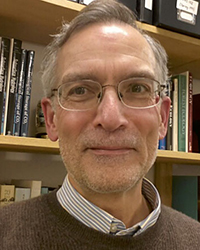 Celia, the Theodora Shelton Pitney Professor of Environmental Studies, was honored by the academy for “contributions to the development of subsurface flow and transport models in groundwater remediation and CO2 sequestration.”

His research focuses on modeling fluid flows in the subsurface with applications to groundwater flow, groundwater contamination and subsurface energy systems including studies of fluid migration in shale-gas systems. His work also has a strong focus on geological sequestration of carbon dioxide – an approach for keeping the greenhouse gas out of the atmosphere – with complementary studies on subsurface pathways for methane leakage to the atmosphere. The carbon sequestration work is part of the University’s Carbon Mitigation Initiative.

Celia is the director of the Program in Environmental Engineering and Water Resources in the Department of Civil and Environmental Engineering, where he served as department chair from 2005 to 2011. Celia contributed research to the Intergovernmental Panel on Climate Change that, together with former U.S. Vice President Al Gore, was awarded the 2007 Nobel Peace Prize. He is a fellow of the American Geophysical Union and the American Association for the Advancement of Science. Among many honors, he is the recipient of the 2005 AGU Hydrologic Sciences Award, and the 2014 Honorary Lifetime Membership Award from the International Society for Porous Media. Celia received a doctorate in civil engineering from Princeton in 1983 and joined the Princeton faculty in 1989.

Boneh, who received his doctorate in computer science from Princeton in 1996, is a professor of computer science and electrical engineering at Stanford University. He was recognized for contributions to cryptography and computer security.

Collins, the founder and managing partner of Batelle Ventures, received a doctorate in chemical engineering from Princeton in 1963. He was honored for accomplishments as a builder, manager of technology-based companies and advisor to governments and universities.

The honorees are among 80 new members and 22 foreign members elected this year. The new members are scheduled to be inducted during the National Academy of Engineering’s annual meeting in Washington, D.C., on Oct. 9, 2016.