Yi Wang believes in building from the ground up - and across great distances. 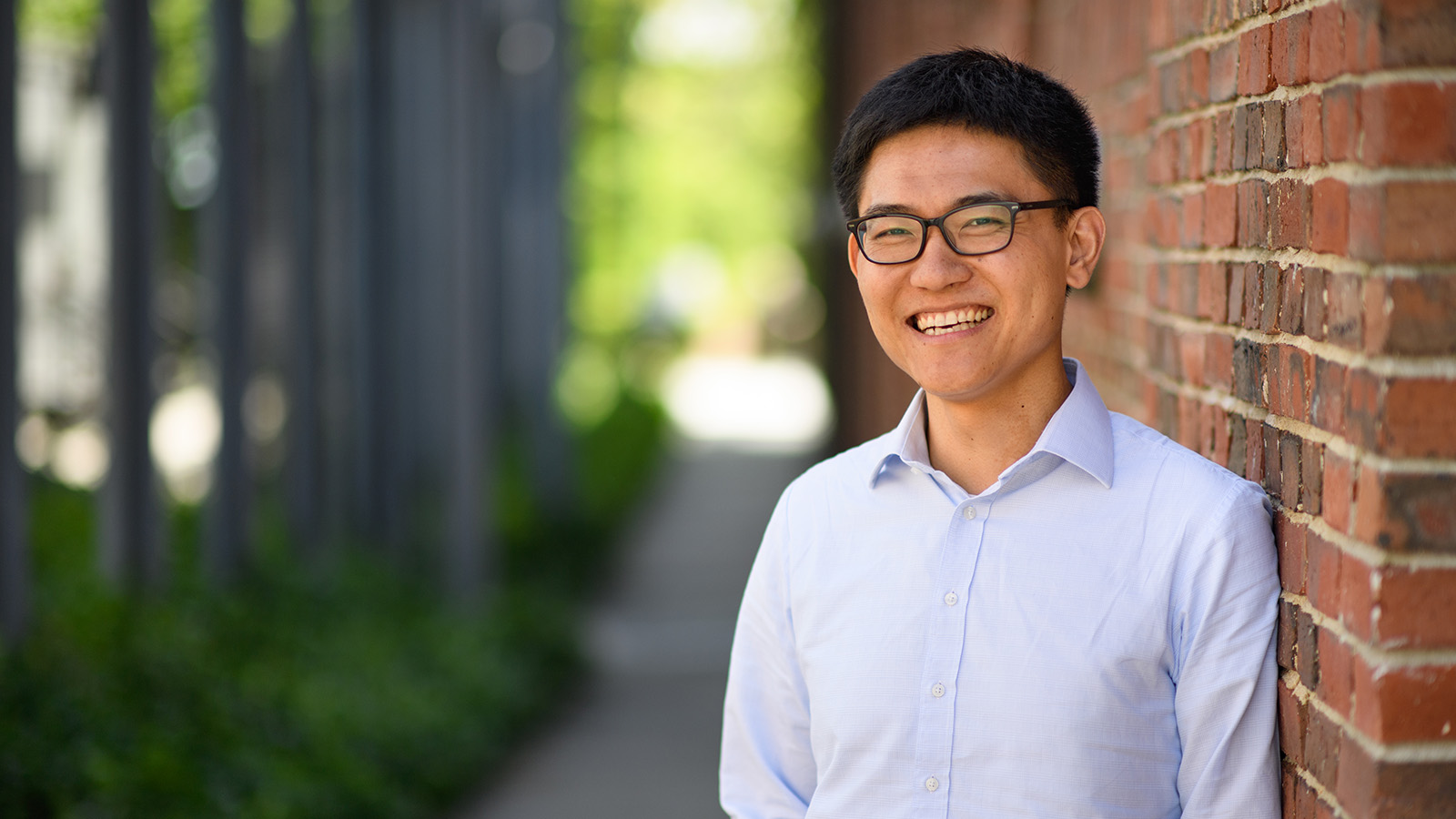 A computer scientist turned education app entrepreneur, Wang is, at heart, a connector: he learns the inside of a network, and makes it stronger. As a graduate student in computer science at Princeton, he found solutions to route information faster and more efficiently through the Internet. As a product manager at Google, he worked to improve the infrastructure of ‘the cloud.’ And he holds a patent for virtual router migration.

Wang’s new venture, an artificial intelligence-based English language learning app called Liulishuo, is built on this principle of connection. Available in the iOS App Store and the Google Play Store, Liulishuo has over 50 million registered users, making it one of the most popular language learning apps in China.

“We have built the world’s largest speech corpus of Chinese people speaking English,” said Wang, who earned his Ph.D. in computer science at Princeton in 2009, during a recent visit to Princeton from Shanghai, where he’s now based. “On top of this valuable data set, we were able to build the world’s most advanced speech assessment engine for English language learners.”

As Liulishuo’s CEO, Wang founded the company in September 2012 and launched the app five months later. The company released its artificial intelligence-based English teacher in July 2016.

Liulishuo (Ëã±ËØ≠ÊµÅÂà©ËØ¥), which recently secured $100 million in “stage C” in financing to help scale up its operations, means “speak fluently.” This name underlines one of the company’s goals: to help Chinese speakers feel more comfortable holding a conversation in English.

To “speak fluently” is to communicate better – and so the app’s goal, Wang said, is a social one. English learners can track and share their progress, and even compete with each other. Friendly competition makes the network more co-dependent, and a type of social pressure emerges. Many users are excited to return to the app and spend more time practicing, Wang said, because the network is set up to encourage it.

Liulishuo is the product of a diverse team of computer scientists, including co-founder Zheren Hu and several other ex-‘Googlers’ who have extensive experience researching and developing technologies that employ deep learning and artificial intelligence (AI).

“The powerful property of deep learning is you don’t need to know the specifics,” Wang said. “If you provide the inputs and outputs, the algorithm will comply with the big data set you provide.”

Wang said Liulishuo is unique in the way it puts this research to work, combining the principles of cognitive neuroscience (and networking) with deep learning and artificial intelligence. The app endlessly iterates and re-iterates, responding to user feedback.

Though some might worry about an app replacing a teacher someday, Wang said he has received positive reviews from English language teachers based in China. That might be because Liulishuo offers something that’s difficult to replicate in a typical classroom: a high level of precision in correcting pronunciation and providing accurate feedback.

“You can’t really rate your students’ speaking assignments,” Wang said. “Think about that. There’s no efficient way for the student to get feedback, to grade her speaking. But now, there’s a way.”

This insight inspired Wang to develop a tool to drill spoken fluency. Liulishuo features a unique audio tool: users record themselves saying English phrases and exercises (and even dub movies) to improve their pronunciation.

“It’s built on top of deep learning technologies ‚Ä¶ to really give real-time, accurate feedback on how well they pronounce something,” Wang explained.

This practice feature sets the app apart from many English language learning classes, which use textbooks or printed worksheets to drill written fluency, such as vocabulary and sentence structure. Most Chinese students learn English in this context, Wang said.

Since many classrooms neglect an essential part of learning a language – speaking it – Wang said teachers report using the app as an after-school tutor, or even during the school day. The app can also serve as a stand-alone tool for students during summer vacations, or for those learning English to connect with family and advance in business.

Liulishuo suggests that language learning can be something we carry. It’s a skill that we can fit in between other activities, with a quick swipe, and a few minutes of game play. Wang, after all, has kept Chinese and English in his back pocket his entire life, speaking and translating, learning bit by bit, traveling between one language and the other.

Born in Shanghai and raised in Hangzhou, a city on China’s eastern coast, Wang grew up speaking Chinese, both the officially mandated Mandarin and his regional Hangzhou dialect of Wu Chinese. He earned a bachelor’s and master’s degree in engineering from Tsinghua University before starting graduate school at Princeton in 2005. After working as a product manager at Google in California, he was a product director at AdChina (later bought by the e-commerce giant Alibaba) in Shanghai.

Liulishuo now has over 600,000 paying members, with users from over 170 countries. The company plans to open an office in the Bay Area next year. But Wang says the app has tapped only a tenth of the market.

“Well, it’s definitely something, but China is a big country! We think we still – well, we have 400 million people who are learning English or who are wanting to learn English. That’s the total addressable market: more than the population of the U.S.!”

As a graduate student at Princeton, Wang understood the critical value that digital networks offer in connecting people.

“An Internet Service Provider (ISP) [is] a participant of the global Internet,” Wang said when he presented his dissertation at Princeton in 2009. “It has the obligation to keep it stable and connected.”

Liulishuo is built on the idea that language works the same way. An app that aims to improve translation – that is, communication and connection across languages – just might have a similar responsibility to the world.