Robert Jahn, a former dean of engineering at Princeton University who pioneered an advanced form of rocket propulsion and later focused on mind-machine interactions and the nature of consciousness, died Nov. 15. He was 87. 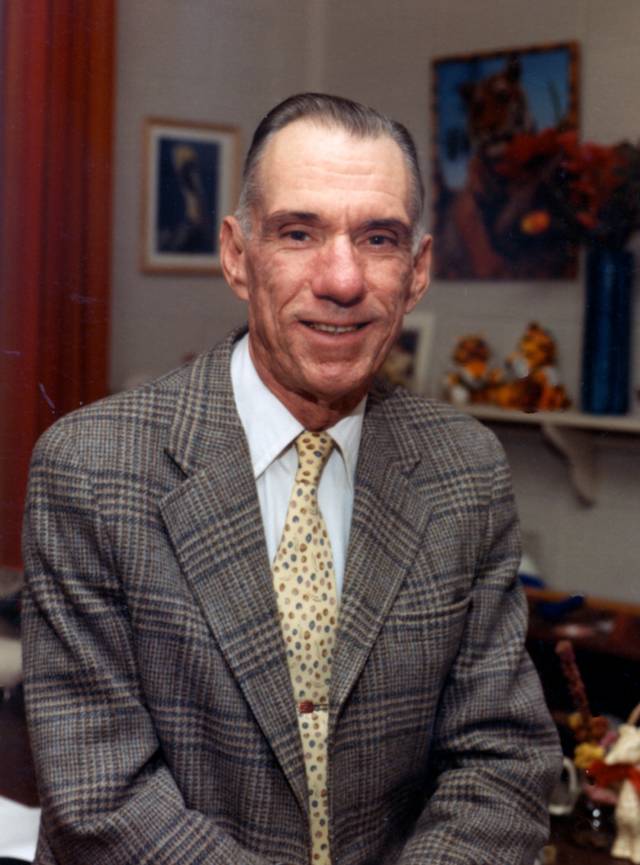 Jahn rose to prominence as an engineer during the space race, laying critical groundwork for spacecraft propelled by electrically charged particles instead of conventional rockets that burn chemical fuels. Electric-propulsion engines, which require little fuel but deliver relatively low thrust, are now entering widespread use in spacecraft propulsion, such as positioning satellites and propelling spacecraft for solar system exploration. Electric propulsion is considered a likely choice for heavy cargo missions to the moon and Mars.

“The lab was the locus of electric propulsion research and development around the world,” said Roger Myers, president of the Electric Rocket Propulsion Society and a former Ph.D. student in Jahn’s Electric Propulsion Plasma Dynamics Lab at Princeton. “Visitors from all over the world came to visit the lab and Bob.”

After decades of skepticism by the scientific community, Jahn and his many students chipped away at technical hurdles and moved the propulsion technology to viability. Jahn worked specifically on a form of electric propulsion known as a magnetoplasma thruster, which energizes electrons to create a charged swarm of particles that can be magnetically shot from a rocket nozzle.

Jahn’s students, including numerous master’s students and 34 doctoral recipients, now form the backbone of electric propulsion research around the world. “A large fraction of the electric propulsion community is a first-, second- or third-generation Princetonian,” said Myers, who worked most of his career at California-based rocket engine company Aerojet Rocketdyne.

Former students attributed Jahn’s success to a combination of openness to exploration, rigorous thought, and a focus on the fundamental underpinnings of questions rather than specific technical solutions.

“He gave us students an enormous amount of latitude in what to do and how to do it,” said Adam Bruckner, who earned his Ph.D. under Jahn in 1972 and is now professor emeritus of aeronautics and astronautics at the University of Washington. “By nurturing this independence of thought on our part he was doing us a tremendous, huge favor.”

Bruckner said his own research started with the hunch that a certain plasma thruster could be used to create a new kind of laser. As the 1960s were early days for laser technology, the idea held the possibility of a useful spinoff from the propulsion research. However, his attempts “hit an absolute dead end,” Bruckner said. He discussed his predicament with Jahn and decided instead to use lasers to diagnose thruster performance. That process, Bruckner said, developed his fundamental expertise with lasers, which allowed him, when establishing his first lab at the University of Washington, to make significant contributions in the field of biomedical laser research.

“The group dynamic was wonderful,” Bruckner said. “He had the uncanny ability to pick the right people.”

Alec Gallimore, who earned his Ph.D. with Jahn in 1992, also credited Jahn’s open style of management with launching many careers.

“I don’t think he’d willfully allow students to go down the wrong path, but if a student had a coherent argument, even if he was skeptical of it, he would say, ‘Let’s try it out and see what we learn from it,'” said Gallimore, now dean of engineering at the University of Michigan.

Gallimore, who established Michigan’s plasma dynamics and rocket propulsion lab, said he spoke with Jahn by telephone earlier this year. He recalled that Jahn was thrilled by record-breaking results that raised the engines’ performance to a level feasible for propelling a spacecraft to Mars.

“He was so thrilled to learn that electric propulsion will play a role if we send humans to Mars,” said Gallimore. “The work he pioneered led to technology that might help us colonize another planet.”

Jahn’s former students said his seminal work, “Physics of Electric Propulsion,” provided a foundation for the field. First published in 1968, the textbook is still in print.

“That changed the field forever,” Gallimore said. “I taught electric propulsion 40 years after it was published and I still used chapters from the book. It was so clear about explaining fundamental concepts.”

“For many of us, his textbook on our tables was like having the best friend working with us,” said Fabrizio Scortecci, chairman of the Italian aerospace firm Aerospazio Tecnologie.

Myers, the Electric Rocket Propulsion Society president, said he used the book to write a physics paper during his junior year at the University of Michigan in 1983. “I was interested in propulsion but not really aware of electric propulsion,” Myers said. “That book changed my life.” He visited Princeton and started his doctoral work in Jahn’s lab the following year.

The book also swayed Edgar Choueiri, professor of mechanical and aerospace engineering at Princeton, who now directs the Electric Propulsion Plasma Dynamics Lab that Jahn founded in 1962. Choueiri, who earned his Ph.D. with Jahn in 1991, took over the lab in 1993. It is the oldest continuously operating lab at Princeton, Choueiri said.

“He was the reason I came to Princeton,” Choueiri said. “He wrote the bible, and so I wanted to study with him.”

Students described Jahn as a gifted and concise explainer and an exacting editor. Bruckner recalled giving Jahn drafts of scientific papers to read and receiving them back within hours. “It would be full of more red ink than black ink, and all very astute comments,” Bruckner said.

Robert George Jahn was born in Kearny, New Jersey, on April 1, 1930, and grew up in Wilmington, Delaware. He received his undergraduate degree in mechanical engineering from Princeton in 1951 and then switched to the physics department, where he earned his Ph.D. in 1955. He taught for several years at Lehigh University and the California Institute of Technology before returning to Princeton in 1962 as an assistant professor in mechanical engineering. He was appointed full professor in 1967.

During the 1960s as student protests roiled campus, Jahn became active in guiding revisions to University governance, particularly in managing research sponsored by the U.S. military. In 1971, University President Robert F. Goheen appointed Jahn as the fourth dean of the School of Engineering and Applied Science, succeeding Joseph Clifton Elgin. Taking on this role at the school’s 50th anniversary, Jahn sought to integrate the school more deeply with Princeton’s strength as a liberal arts university.

In a campus interview in 1971, Jahn said: “We have a small engineering school which must flourish in the framework of a small, liberal, excellent university. That I regard as an advantage. ‚Ä¶ We must respond to the anti-technological criticism being heard today; more important, we must respond to the needs of society for solutions to some very pressing problems. What better place to do it than at a university which has well-developed programs in the humanities, social sciences and natural sciences; and which has a heritage of engineering education that has always emphasized the development of the mind of the student more than the simple transfer of technical facts and techniques?‚Ä≥

In the first few years of Jahn’s deanship, undergraduate enrollment nearly doubled. His own department, mechanical and aerospace engineering, was the engineering school’s largest but had its offices and labs on Princeton’s Forrestal Campus, several miles from the Engineering Quadrangle. Seeking to strengthen and unify the engineering school, Jahn pushed the department to move to the EQuad. He also made the school’s first concerted effort to bring women onto the faculty, recalled Professor Emeritus Robert Socolow, who joined the faculty the same year Jahn became dean.

In remarks at Jahn’s retirement in 2003, Socolow said, “His view is a simple but powerful one: Scientists describe problems; engineers solve them.” This required encouraging broad participation in addressing problems such as energy and the environment and transportation, which cut across conventional engineering disciplines.

Jahn served as dean until 1986. Partway through his tenure, he began to shift his research interests from electric propulsion to the question of whether human consciousness could affect the physical world. In the 1987 book “Margins of Reality,” written with research partner Brenda Dunne, Jahn wrote that his interest in the subject began with an undergraduate student who approached him in 1977 looking for supervision in “the design and implementation of an electronic device suitable for the study of low-level psychokinetic effects similar to those reported in recent parapsychology literature.”

As with his electric propulsion students, Jahn expressed skepticism but saw “the pedagogical benefit of such a project.”

By 1979, Jahn started the Princeton Engineering Anomalies Research Lab and hired Dunne to run it. Over several years, the PEAR lab built physical and electronic devices known as random event generators, designed to test whether people can influence the physical world with their thoughts. In one test, researchers dropped ball bearings through a series of channels and asked people to try to influence the outcome with their minds.

Jahn and Dunne reported in several books and numerous papers that the operators’ intentions could affect results in what they said was a statistically significant deviation from chance. In other experiments, the lab reported that subjects acquired information about events with which they had no physical connection.

These investigations set Jahn at odds with many colleagues, some of whom objected to any such research on campus. Jahn reached an agreement with University administrators¬†by which he could continue the work but only with private funding and without graduate students.

Jahn continued the PEAR lab until his retirement in 2003. With Dunne and other partners, he then established the nonprofit International Consciousness Research Laboratories in Princeton, which continued the work. He was a founder of the Society for Scientific Exploration, which promotes “original research into conventional and unconventional topics.” In 2017, the International Academy of Consciousness awarded Jahn a lifetime achievement Award for Contribution to Consciousness Science.

Former electric propulsion students who observed the shift in Jahn’s interests said they saw similar threads in his pursuit of fundamental questions and his fearlessness in the face of unconventional ideas. Even if they disagreed with the results, alumni said they continued to have engaging, frank conversations with Jahn. Choueiri said despite his skepticism of some of the findings of the PEAR lab, Jahn was always open to discuss them with him.

His scientific approach was very rigorous and very strong,” said Bruckner, of the University of Washington. “His approach was: ‘I don’t know what this is. I have no preconceived notions. I just want to know.'”

Jahn’s daughter Jill Jahn wrote that in his personal life her father was “an ardent, lifelong fan of baseball, opera, dogs and the adventures of Sherlock Holmes.”¬†He was preceded in death by his wife, Catherine Seibert Jahn, and by their youngest daughter, Dawn. In addition to Jill, he is survived by his son Eric, daughter Nina, daughter-in-law Susan, sons-in-law Ray and Jim, and seven grandchildren.

View or share comments on a blog intended to honor Jahn’s life and legacy.¬†

Update: A memorial service for Jahn will be held at 1 p.m. Sunday, July 1, at the Princeton University Chapel. 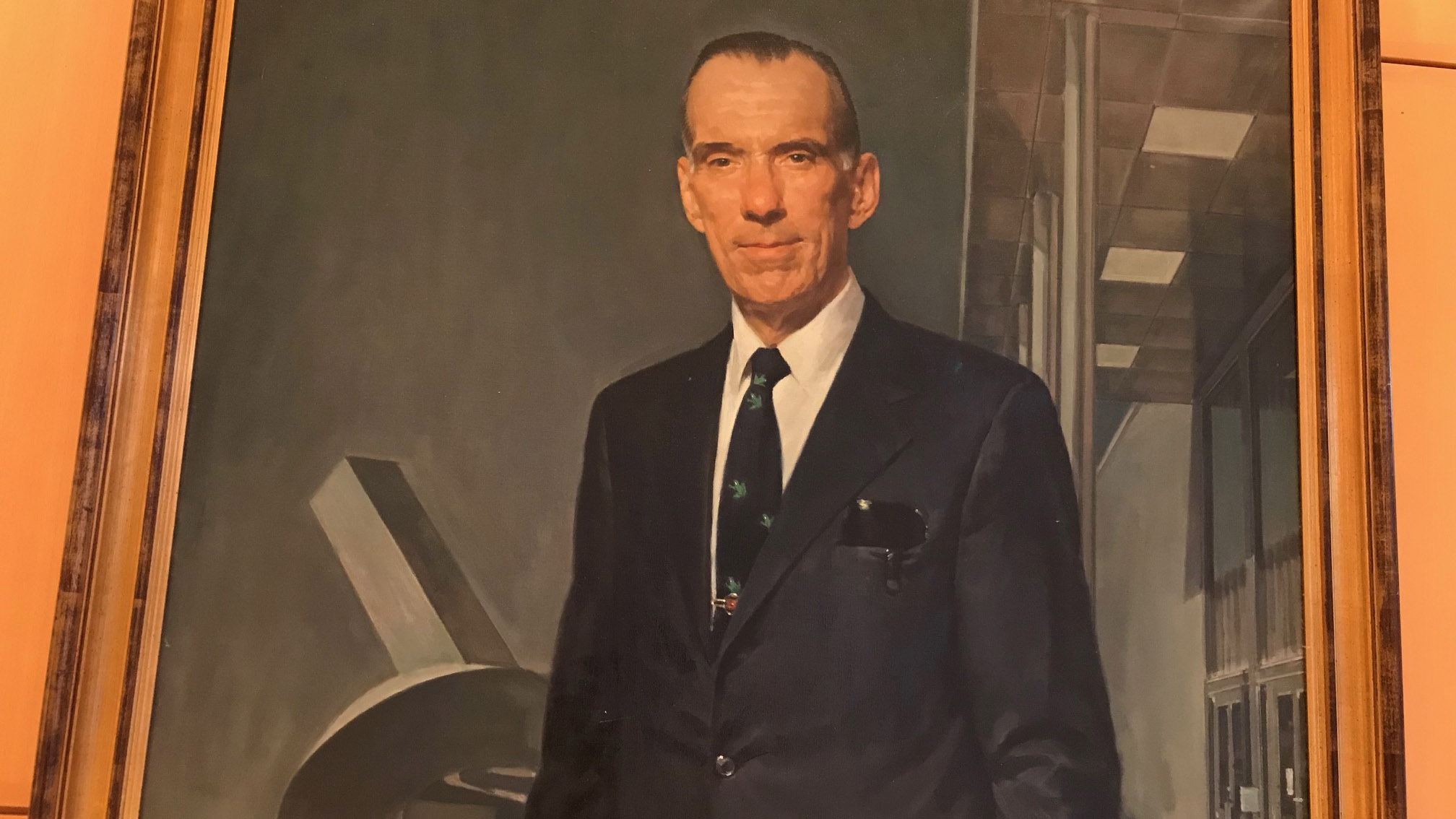