A group of Princeton faculty members led by President Christopher L. Eisgruber participated in discussions on global issues at the annual meeting of the World Economic Forum in Davos, Switzerland, last week.

Among several events at the Forum meeting, an “IdeasLab” panel on “Understanding Neural and Digital Networks” on Thursday, Jan. 25, featured Princeton Engineering faculty members Jennifer Rexford, the Gordon Y.S. Wu Professor in Engineering and chair of the Department of Computer Science; Yoram Singer, a professor of computer science; and Sebastian Seung, the Evnin Professor in Neuroscience, a professor of computer science and the Princeton Neuroscience Institute, and co-director of the Program in Neuroscience.

Rexford appeared on a panel on artificial intelligence and its impact on society, hosted by Microsoft and Business Insider. Business Insider CEO Henry Blodget moderated, and the other panelists were alumnus Brad Smith, president and chief legal officer at Microsoft and Princeton University trustee, and James Manyika, chairman of the McKinsey Global Institute.

Eisgruber also hosted a “Princeton in Davos” reception for alumni, friends and the media on Tuesday, Jan. 23. He took part in the Global University Leaders Forum and through the week met with leaders in business, government, media, academia and more.

See videos of presentations by Rexford, Seung and Singer at this link. 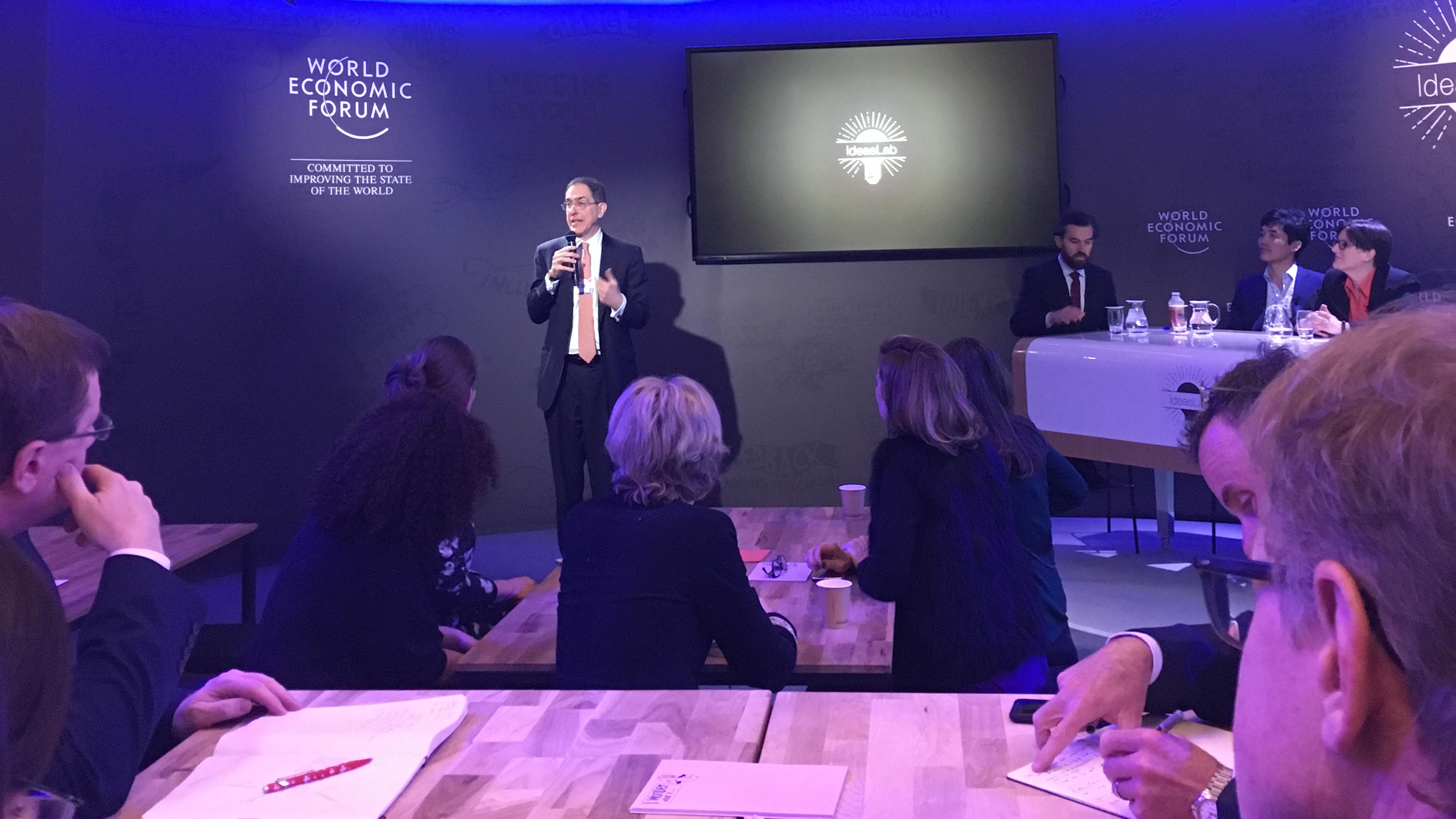