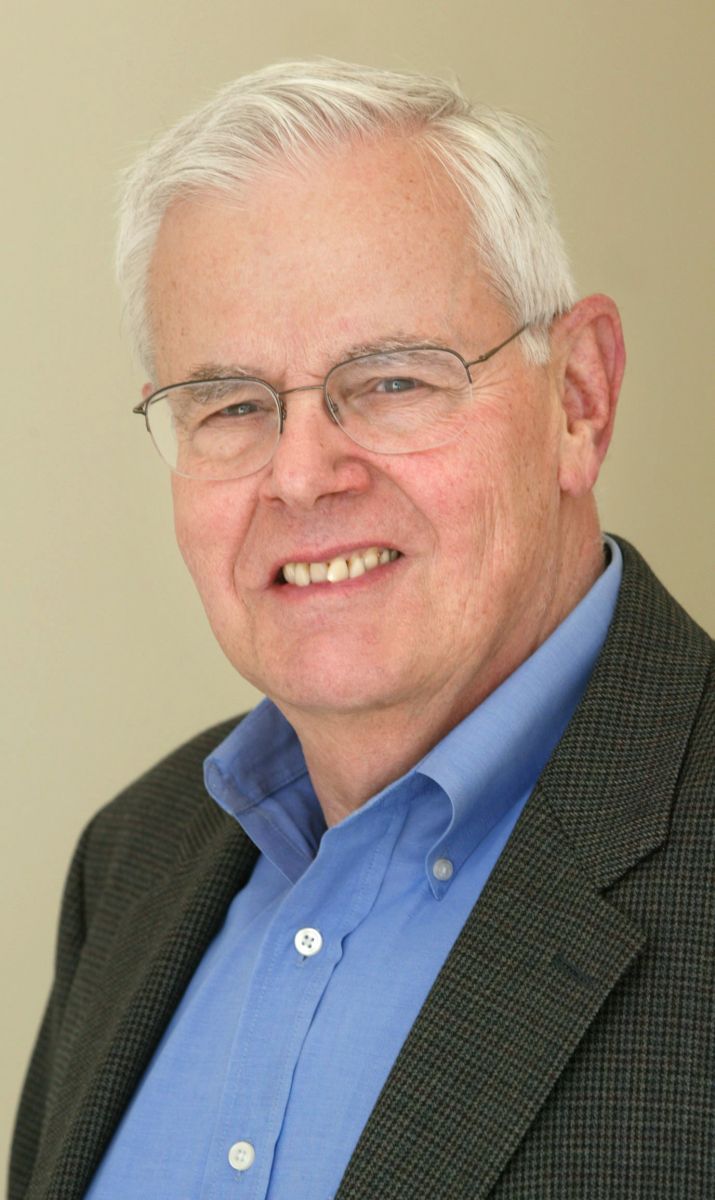 Stuart Schwartz, a pioneer of mathematical methods that led to techniques for efficiently transmitting information, and an instrumental force in building the Department of Electrical Engineering at Princeton University, died Saturday, Aug. 27. He was 72.

Schwartz, who joined the Princeton faculty in 1966 and transferred to emeritus status in 2009, died from complications of pneumonia while vacationing with family in New Hampshire.

His tenure included nine years as the first chair of the current Department of Electrical Engineering (EE). Colleagues credit Schwartz with bringing a unique combination of intellect, vision, persuasiveness and compassion to bear in driving the department through a period of rapid growth and laying the foundation for its current reputation as one of the best in the nation.

“Stu’s influence was profound,” said H. Vincent Poor, dean of the School of Engineering and Applied Science, whom Schwartz recruited to the electrical engineering faculty in 1990. “The very fine department we see today was in large part crafted by him during his critical years as department chair.”

Schwartz became chair in 1985, the year the former Department of Electrical Engineering and Computer Science split into the separate departments of today. Colleagues recalled that the future of the department was far from certain at that time. “A lot of people thought EE was old-fashioned and was going away,” said Professor James Sturm, whom Schwartz recruited as part of a new group of leaders. “He foresaw that the intersection of semiconductors and photonics with computers and communication would make the field increasingly important.” Photonics is the use of light instead of electricity to carry information.

A spirited advocate for his department

Starting with 13 faculty members in 1985, Schwartz grew the department to 24 by the time he stepped down as chair in 1994. Along the way, he built two major new research areas, computer engineering and photonics, as well as an unprecedented focus on entrepreneurship and working with industry. His skill and persistence in identifying, recruiting and then supporting new faculty members became legendary.

“He came to Columbia (University) to hear me give a talk, and he brought his tape measure and began pacing across my lab to measure my space and see what I would need,” said Professor Paul Prucnal, who, after two years of being recruited, came to Princeton in 1988.

“He would go out to the universities in California and do reconnaissance to find out who was good, and knock on doors of graduate students who were about to graduate and say, ‘How’s your thesis going?'” Prucnal said.

Prucnal became the first director of a flagship research program started by Schwartz, the University’s Center for Photonic and Optoelectronic Materials, which was known as POEM and later became part of the current Princeton Institute for the Science and Technology of Materials, or PRISM.

“He had a vision of optical materials and photonics being to New Jersey what electronics and computers were to Silicon Valley,” Prucnal said. Schwartz developed a relationship with the New Jersey Council on Science and Technology, which ultimately funded not only the start-up and initial operations of the center but also the construction of the Engineering Quadrangle’s “J-Wing,” which housed the center and its influx of faculty, students and industrial partners.

“What was really impressive was his ability to build new programs and support people outside his immediate technical area,” said Sturm, who later directed POEM and now directs PRISM.

Colleagues said Schwartz was a relentless, sometimes fierce advocate for his department, colleagues and students. “He was feisty,” said Professor Mansour Shayegan, who was the first faculty member Schwartz recruited in 1985. “He would get things for us, for the department, very unselfishly.”

Sturm said Schwartz’s advocacy was always positive. “He just never, ever gave up. And people respected him because he wasn’t in it for himself. He did it because he thought it would make Princeton a better place.”

That spirit extended beyond his department, as he served as associate dean of the engineering school and also as a longtime member of the University’s Faculty Advisory Committee on Appointments and Advancements (often referred to as “the Committee of Three”), which oversees the appointments and promotions of faculty members.

“Stu cared enormously for his department, and for the engineering school, but he also cared for the University as a whole,” said President Emeritus Harold T. Shapiro, who became a close family friend of Schwartz and his wife, Mimi. “He was one of those faculty members whose generosity of spirit toward all members of the Princeton University community provided some of the necessary institutional glue on which all great universities depend.”

Schwartz was born in New York City in 1939 and received his bachelor’s and master’s degrees from the Massachusetts Institute of Technology in 1961. He worked at NASA’s Jet Propulsion Laboratory on the project to put a person on the moon before returning to school to earn a Ph.D. in information and control engineering at the University of Michigan in 1966. The same year he came to Princeton as an assistant professor. He was appointed associate professor in 1970 and full professor in 1976.

In his research, Schwartz built an early reputation as a leader in an area of information theory known as estimation and detection, which involves creating algorithms to extract useful signals from a “noisy” or incoherent background. Later he applied his expertise to numerous aspects of communications, including wireless technology. He played a key role in developing mathematical models of “multipath” signals — transmissions that reflect and interfere in complex ways before reaching a receiver.

“Good modeling facilitates a deeper understanding of wireless systems and therefore facilitates better performance analysis and design,” said Professor Bede Liu, noting that a 1982 paper by Schwartz “was a milestone in that field.”

In recognition of his research leadership, Schwartz was elected president of the field’s professional association, the IEEE Information Theory Society, in 1993. He is listed as an inventor on six patents.

Even after his retirement, Schwartz continued some research and had been working up until his death with research staff member York Dobyns on a U.S. Army-funded project on using wireless signals for geolocation.

In addition to his research and leadership, Schwartz was known as a dedicated teacher. During the course of his career, he taught 12 undergraduate and six graduate courses and supervised 34 Ph.D. students, many of whom went on to prominent positions at universities and in industry.

“He made a very long-lasting impression on my career,” said Yaakov Bar-Shalom, who earned his Ph.D. in 1970 and is now a faculty member at the University of Connecticut.

Bar-Shalom recalled one formative piece of research advice: “If you think of an algorithm that is not optimal, don’t discard it; hold onto it and find out how good it could be.” Taking that advice to heart has proven useful time and again, he said.

Alain Fogel, who earned his Ph.D. with Schwartz in 1978, credited his adviser with instilling in him an ethic of rigorousness in approaching and solving problems. “Stu was a guy who didn’t like shortcuts,” said Fogel, who went on to a career in industry and is the founder of the technology company Nomad3D. “He was very thorough in everything he taught and researched. And he was even rough if you weren’t up to standards. And at the same time, he was very open to creativity and valued creativity. This was a very interesting combination.”

Colleagues said Schwartz had a rare ability to create an atmosphere of maximum productivity for everyone around him.

“He was like a father to us in that he created an environment where his goals were to allow us to do what we needed to do, which was our teaching and research,” Prucnal said. “Stu was always bragging about all of us equally, so it was the feeling of a family that was proud of each other’s work. I think that made us work together in a unified way.”

Professor Antoine Kahn added, “He was incredibly energetic. He always had an ear for our concerns. He was fair. He was tough. He was the best chair you could ever dream of.”

In addition to his wife, Schwartz is survived by his children, Julie Mazer and Alan Schwartz; their spouses, Douglas Mazer and Yuka Schwartz; and five grandchildren.

Memorial contributions may be made to National Public Radio or in his name to the Princeton Area Community Foundation.