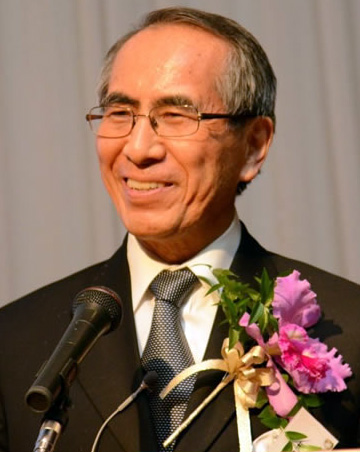 Hisashi Kobayashi, former dean and emeritus professor of electrical engineering, received the 2012 C&C (Computer and Communications) Prize for his seminal role in advancing the storage of digital information, a key part of the computer revolution.

The NEC Corporation’s C&C Foundation, which administers the prize, cited Kobayashi for his “pioneering and leading contributions both to the invention of high-density and highly reliable digital recording technology and to the creation and development of a performance-evaluation methodology for computer and communication systems.”

Shortly after earning his Ph.D. at Princeton in 1967, Kobayashi joined IBM Corp.’s Thomas J. Watson Research Center where he worked on signal processing and decoding technology for digital recording. From 1969 to 1971, he invented a methodology known as PRML (Partial-Response, Maximum-Likelihood), which was subsequently adopted in all digital magnetic and optical recording devices. For this fundamental invention, Kobayashi received the 2005 Technology Award of the Eduard Rhein Foundation.

The C&C Prize, established in 1985, is given annually to no more than two groups “in recognition of outstanding contributions to research and development and/or pioneering work in the fields of semiconductors, computers, telecommunications and their integrated technologies.” The award ceremony was held in Tokyo on November 28, 2012.

Other Princeton Engineering alumni who have received C&C Prizes are George Heilmeier and Robert Kahn. Heilmeier, who earned his Ph.D. at Princeton in 1962, pioneered the development of liquid crystal displays (LCD). Kahn earned is Ph.D. from Princeton in 1964 and been termed on of the “fathers of the Internet” for his development of the TCP/IP communications protocols that govern the basic transmission of data across the Internet.