Cara de Freitas Bart’s favorite part of class is not spent in the lecture hall or the lab, but in the field, helping to assemble a wind turbine or checking the wiring of a solar panel.

“I really enjoy being able to design a power system that addresses a real-world need,” said de Freitas Bart, a junior majoring in computer science.

“It is a way to take the engineering skills I was learning in class and apply them to a service project,” she said.

Catherine Peters, one of two professors supervising the project, called Power-in-a-Box, said EPICS balances two important goals. “One is engineering design and construction and all that goes along with it,”said Peters, a professor of civil and environmental engineering. “The other is addressing a need in a community and quantifying the impact of the technology. It is enormously challenging to do both.”

The power project, which packs a wind turbine and solar panels inside a shipping container, has already made strides toward both goals. In 2012, the project won a $90,000 grant as part of a national competition run by the U.S. Environmental Protection Agency. The students are now performing field tests and working on improving the original model. 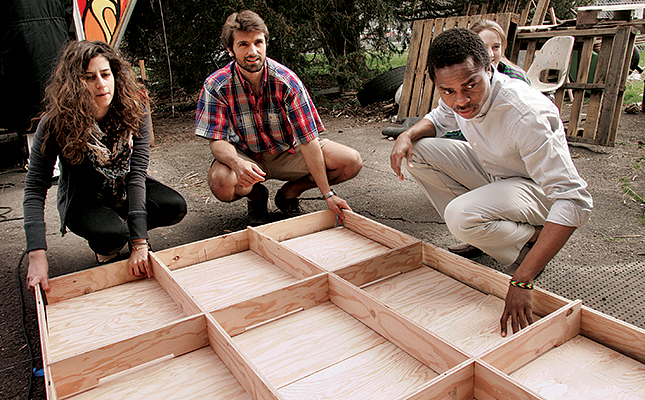 In another section, Ismaiel Yakub (Ph.D. ’12), a lecturer in mechanical and aerospace engineering, led a team last academic year that worked to create modular housing units that could be quickly deployed to disaster areas. In addition to designing the housing, the team worked on a sustainable system to provide water and manage waste from the units.

Michael Littman, a professor of mechanical and aerospace engineering, leads several other teams involved in a range of projects from restoring an antique player piano to building a working replica of a historic electromagnet. The original electromagnet was used in 1835 by Professor Joseph Henry to lift weights in excess of 3,000 pounds. These projects are for teaching science and engineering in local schools and for public exhibition.

The newest EPICS project, an easily manufactured water pump, was proposed by a group of students led by engineering undergraduates Yan Wu and David Newill-Smith. The team plans to design a pump that uses a type of magnetic switch to drive a piston. If it works, the pump should prove to be easier to manufacture and maintain than a classic rotary pump.

“It’s easier to make, but it’s harder to design,” Newill-Smith said. “That is the challenge for us.” 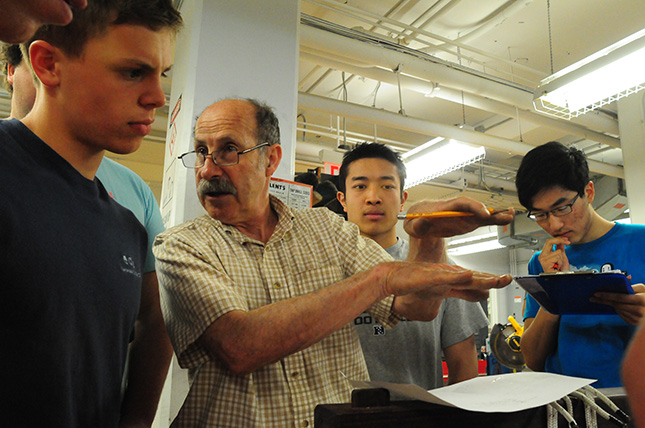