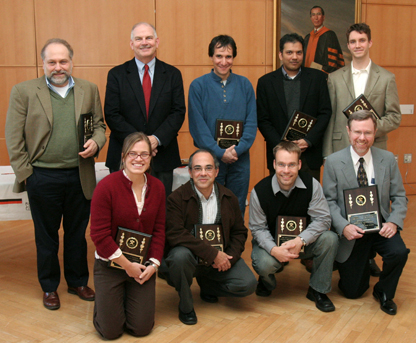 At a ceremony Dec. 8, the E Council presented awards to

“Our distinguished faculty receive many awards for their research, but they cherish these teaching awards more than any others,” said H. Vincent Poor, dean of the School of Engineering.

The E Council awards are the only University teaching awards that are entirely student-run.

Christopher Eisgruber, provost of the University, spoke at the ceremony, calling the E Council awards “a fabulous tradition” and noting that good teaching is just as important at the graduate level as it is at the undergraduate level. E Council awards were started in 1988 by engineering undergraduates, but graduate students last year began participating in the selection of honorees.

Pablo Debenedetti, professor of chemical engineering, said that teaching thermodynamics – which he called “one of the glories of the human mind&r dquo; –- was for him very enjoyable.

“Getting one of these awards normally takes a lot of hard work,” he said. “But in my case I’m not sure that’s true. I got to talk about my favorite subject ‚Ä¶ for three hours a week to an incredibly smart audience. I got a lot of pleasure out of this, but I’m not sure I put in a lot of work. So I am not sure this award satisfies the First Law of Thermodynamics.”

A lecturer at Princeton since 2001, Dondero has developed a solid fan base of current and former students, his student nominators noted. The Facebook website even has a members group called “Everything I Learned About [the programming language] C, I learned from Robert Dondero.”

“Before I started teaching I was a fulltime software developer,” said Dondero. “I did challenging work, put in only 40 hours a week, and had lots of free time. And I felt miserable. Now I drive 80 miles a day, work all the time, and am constantly tired. And I feel great. Teaching Princeton students is gratifying beyond my wildest expectations.” 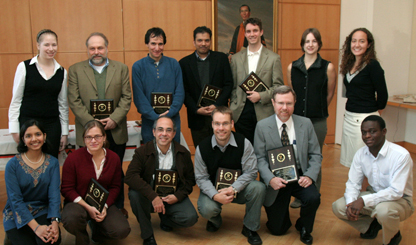 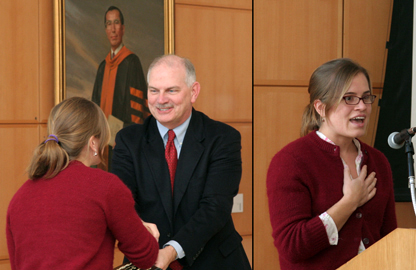