A comprehensive assessment of doctoral programs in the United States ranked departments at Princeton Engineering as among the very best in the nation.

The assessment, performed by the National Research Council, gave high marks – with median scores in the top 10 – to all departments within the School of Engineering and Applied Science that have comparable departments at other institutions.

“I am very pleased with the recognition that these rankings bring to the hard work of our department chairs, faculty, students and also the advisory councils for each department,” said H. Vincent Poor, dean of engineering. “These rankings reflect the special combination of fundamental research, real-world problem solving and the broad interdisciplinary context that we foster at Princeton. It’s a great environment for solving pressing problems and preparing the next generation of leaders for a technology-driven society.”

The assessment did not assign a straight ranking to departments, nor even use a single set of metrics in assessing them. Instead, using two separate methodologies, the assessment indicated a range of ranks for each department. 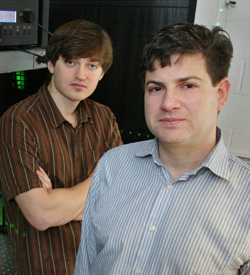 The National Research Council based its results on 2005-2006 data that came from a 20-point survey of schools. The council presented two sets of results that weighted the importance of each category of survey data (such as publications per faculty member or percentage of fellowships for first-year students) in different ways. One set of results, the S-rankings, weighted the relative importance of each metric according a survey of opinions of faculty in each discipline – for example, whether faculty in that discipline regard citations or research grants as more important. The other set, the R-rankings, were based on a multi-step process in which faculty members were asked to rank a representative number of peer departments and then those rankings were used in a regression analysis to assign weights to the 20 measures, which were in turn used to rank the departments.

According to the National Research Council, the S-ranking tended to place more weight on “characteristics related to faculty research activity, such as per capita publications or the percentage of faculty with grants.” The R-ranking also accounted for those characteristics, but “program size (measured by numbers of Ph.D.s produced by the program averaged over five years) was frequently the characteristic with the largest weight in determining these rankings,” the National Research Council explained.

At Princeton Engineering, which has smaller departments that focus on high-impact research and mentoring students, departments tend to rank higher under the S-ranking.

The results for Princeton Engineering are consistent with the broader assessment of graduate education at Princeton University. The University reported that 21 of 35 evaluated programs at Princeton received S-ranking ranges between 1 and 10.