Seeking to provide “tinkerers” with freedom to explore hunches and passions, businesswoman and philanthropist Lynn Shostack has given $10 million to permanently endow the Project X innovation fund in Princeton University’s School of Engineering and Applied Science.

Project X, which had been running as a pilot program for two years, provides small but critical amounts of money to engineers who wish to pursue projects that may be outside their formal area of expertise or are too speculative to attract conventional funding. 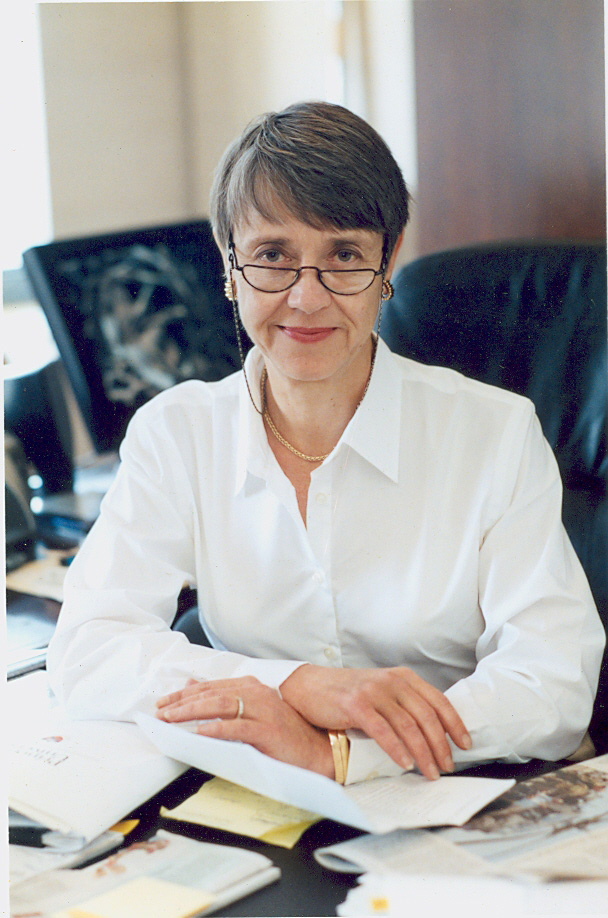 “I have an element of subversiveness in me,” said Shostack, noting she wanted to bypass the often lengthy justifications and reporting requirements of typical sponsored research. “I know that great minds need freedom.”

Shostack, whose late husband David Gardner was a member of Princeton’s class of 1969, previously endowed the University’sDavid A. Gardner Magic Project, which continues to fund creative endeavors in the humanities.

In its first years, Project X has supported research ranging from an exploration of techniques to sterilize hospital rooms to the development of an idea for playing highly realistic three-dimensional sound from conventional speakers. In the most recently funded project, environmental engineer Peter Jaffe is pursuing a hunch that an unexpected biological process discovered in some New Jersey soil may lead to a solution for a looming problem with fresh water around the world.

“With this visionary gift, Lynn Shostack is providing Princeton’s engineering faculty with a unique opportunity to do what they do best — to explore, create and solve — while engaging students in the thrill of chasing down the boldest of ideas,” said Princeton President Shirley M. Tilghman. “I have no doubt that Project X will yield some wonderful surprises and advances in the years ahead.”

Shostack said her interest in open-ended, curiosity-driven exploration began with her father, who was a mechanical engineer and had a workshop in the garage. “He could tinker and play around with things that interested him and were outside of his job,” she said. “We all need our own mental stimulation that comes from doing things that interest us, not necessarily what others want us to do.”

Shostack carried that independent streak into her own career. Starting as an art major at the University of Cincinnati, she eventually found her way to Harvard Business School. “I had no interest whatsoever in business, but I’m very risk-oriented, and later I discovered that business is very plastic and organic and you could mold it to pursue interesting things.”

In the mid-1970s, Shostack joined Greenwich Associates to perform market research and consulting for financial services firms. This work led her to publish a series of influential articles and books on how to translate the marketing of products to the marketing of services, and her work remains an important reference in the field.

Shostack then served as a vice president at Citibank, where she was a pioneer in the field of private banking. She went on to senior positions at Bankers Trust Company and a manufacturing company before joining with her husband to run the Gardner Capital Corp. investing in real estate and other assets.

Since Gardner’s death in 2001, Shostack has devoted considerable attention to philanthropy, including supporting medical research at Columbia University and serving as vice president of the Muscular Dystrophy Association.

H. Vincent Poor, dean of the School of Engineering and Applied Science, said the response by Princeton faculty members to Project X grant opportunities in the first two years has been overwhelming. “These are engineers who are leaders in their fields, and they are brimming with ideas to build on their deep and fundamental knowledge in very creative ways,” Poor said.

For Jaffe, whose work on water treatment was funded this year, Project X allowed him to pursue a lead that would have been nearly impossible otherwise. The idea began several years ago when Jaffe and his students were conducting research on nitrogen that washes off agricultural fields into New Jersey wetlands. One of his graduate students, Junu Shrestha, came back to the lab with data that showed something completely unexpected happening in the soil — the typically destructive ammonium from the run-off was being converted directly back to harmless nitrogen gas in a reaction that was driven by iron instead of oxygen, which normally would be required.

The unique qualities of this reaction suggested to Jaffe that if he could isolate the micro-organisms responsible for it, and understand their growth requirements, then they could be harnessed in a wide-scale cleanup of waterways. Much of the world’s fresh water and coastal ocean waters are threatened by nitrogen compounds that come from fertilizer. Giant “dead zones” — areas where fish and plants have been killed — already have emerged.

Jaffe suspects that if the right mix of organisms could be incorporated into wastewater treatment facilities, then water could be cleaned up much more thoroughly while using much less energy. In addition, wetlands having the right geochemical conditions for these organisms to flourish, and possibly seeded with these organisms, might become self-cleaning systems.

“I was aching to move this forward, but there was no way I could go to the NSF (National Science Foundation), because we don’t understand what’s happening in that soil,” said Jaffe, a professor of civil and environmental engineering. “So it’s perfect that Project X came along. Something is going on, so let us play with it.”

For Shostack, such projects are evidence that Project X will be needed for as long as there are researchers. “There will never come a day when you don’t need freedom, or there’s not something else you could discover,” Shostack said.