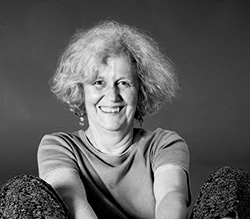 Margaret Fels, a long-time researcher and teacher at Princeton University and an early leader in defining effective ways to evaluate energy efficiency in buildings and manufacturing, died Nov. 12. She was 70.

In 20 years as a research staff member and several years as one of the first female faculty member in engineering at Princeton, Fels helped establish the field of energy analysis, the rigorous process of accounting for how much energy is used in building or using something. An early influential paper, from 1972, evaluated the energy required to manufacture a car.

As a researcher at Princeton’s former Center for Energy and Environmental Studies (CEES), Fels created a method of energy analysis she called “scorekeeping” to help businesses accurately assess the effectiveness of energy conservation strategies. She implemented the idea in a software package call the Princeton Scorekeeping Method, or PRISM. The system, still available today, accounts for variables such as changes in the weather that previously made it hard to evaluate how well an energy saving measure worked.

“Meg’s commitment to sound assessment, her leadership skills, her fierce attention to detail, and her perseverance over two decades had the result that PRISM became the analytical method of choice worldwide,” said Robert Socolow, professor of mechanical and aerospace engineering, who helped recruit Fels to Princeton.

Fels graduated from Wellesley College and earned a Ph.D. at the University of California in the research group of renowned nuclear physicist Edward Teller. As a graduate student, she became the first woman ever honored with a Hertz Foundation fellowship, which supported her research from 1965 to 1968. She came to Princeton in 1972 as a research staff member at CEES. Fels joined the faculty of the former Department of Civil Engineering and Operations Research as an assistant professor in 1975, becoming one of the first women appointed to the faculty in engineering at Princeton.

In 1977, Fels left the faculty to return to the research staff and worked for 18 years for CEES. She was promoted to the position of senior research scholar in 1978.

Colleagues recalled that as a pioneer of women in science, Fels was a committed mentor and advocate, not just for women but for any young people considering or building careers in science and engineering.

Robert Jahn, who served as dean of Princeton’s School of Engineering and Applied science from 1971 to 1986, said Fels helped when he and assistant dean Bob Schaefer organized bus trips with faculty members, staff and students to recruit at high schools in the region. “Meg climbed right on that bus out in front the EQuad,” he said, noting that both overall enrollment and diversity in engineering increased dramatically. “The success was due to Meg and women like her who helped us with these outreach efforts.”

Jahn also said her advocacy was low-key. “She didn’t raise a big storm around her,” Jahn said. “She just went and did her thing and did it well – in a very solid scholarly fashion.”

In 1995, Fels transferred from the research staff to Princeton’s Program in Teacher Preparation, where she directed the University’s QUEST program, which offers summer training in science topics to elementary and middle school teachers. Participating teachers learn how to introduce more hands-on, inquiry-based learning into their classrooms.

Fels then went to work in 1999 at the University’s McGraw Center for Teaching and Learning where she directed the Learn-by-Teaching initiative in which undergraduates prepared and then taught a three-day science unit in a K-12 classroom. “Meg was terrific with the students,” said Thomas Spiro, the Eugene Higgins Professor of Chemistry, Emeritus. Spiro recalled that she helped one student in particular who was faltering at Princeton until he signed up for the teaching program. “That experience turned him around, and he went on to teach in an inner-city school,” Spiro said.

Fels retired in 2002. The same year, she received a diagnosis of metastatic breast cancer and inspired those around her by overcoming a dire prognosis and returning to a healthy, active life. “Meg’s life briefly revolved around cancer, and then came to focus on living proudly and productively, with grace, humor and a splash of silliness,” said her daughter Katya Fels-Smyth.

On Nov. 7, she suffered a heart attack while biking and died of subsequent complications.

Fels was married to atmospheric physicist Stephen Fels who died in 1989. She is survived by her second husband Bill Slack, her children Katya and Nicholas, their spouses Paul Smyth and Christina Fels, her step‚Äêdaughter Babiche Slack, and grandchildren Desdemona Smyth, Stephen Smyth and Jacob Fels. Memorial contributions can be sent to the Breast Cancer Resource Center or Princeton Pro Musica.

A memorial service will be planned for spring 2012.