Three members of the faculty of the School of Engineering and Applied Science have been named fellows of the American Association for the Advancement of Science. Fellowship is bestowed for distinguished work advancing science or its applications.

The AAAS is the world’s largest general scientific society and publisher of the journal Science. 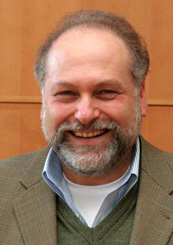 Pablo G. Debenedetti, the Class of 1950 Professor in Engineering and Applied Science and vice dean of the School of Engineering, was honored for “distinguished contributions to chemical engineering thermodynamics, particularly for theoretical and computational modeling of glassy materials‚Ä¶hydrophobic phenomena, and metastable water.” His work explores the relationship between molecular-level structure and properties of fluids and amorphous solids, and his current research involves computational investigations of proteins in low-water-content environments and of hydrates, crystalline solids in which guest molecules are trapped in water cages. Applications of this work include pharmaceutical formulations and water desalination. Debenedetti received his doctorate from the Massachusetts Institute of Technology in 1985. A member of the National Academy of Engineering and the American Academy of Arts and Sciences, his awards include the Professional Progress and Walker Awards from the American Institute of Chemical Engineers, the Hildebrand Award from the American Chemical Society and the 2008 President’s Award for Distinguished Teaching at Princeton. 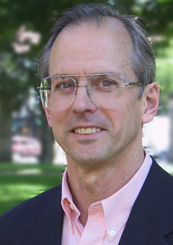 William B. Russel, the Arthur W. Marks ’19 Professor of Chemical and Biological Engineering and the dean of the Graduate School, was selected for “leadership in graduate education” and for contributions to the science of colloids, which are micron or nanoscale particles distributed in a fluid. Milk is one example. His research involves drying colloidal dispersions to create films important to applications such as anti-reflective coatings on eyeglass lenses and to formulate mechanically robust gels. Russel received his doctorate from Stanford in 1973 and is a member of the National Academy of Engineering and the American Academy of Arts and Sciences. His awards include the Award for Surface and Colloid Chemistry from American Chemical Society and American Institute of Chemical Engineers’ William H. Walker Award. 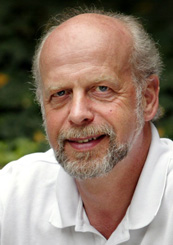 Alexander Smits, the Eugene Higgins Professor of Mechanical and Aerospace Engineering, was recognized for his “distinguished contributions to the field of turbulence, especially for experimental studies that illuminate the behavior of wall-bounded flows.” Smits, whose research examines turbulence and fluid mechanics, holds two patents on testing the aerodynamic behavior of golf balls and three provisional patents on the use of femtosecond lasers in eye surgery. He received his doctoral degree from the University of Melbourne, Australia, in 1975. A member of the National Academy of Engineering, Smits is a fellow of the American Physical Society, the American Institute of Aeronautics and Astronautics, and the American Society of Mechanical Engineers. He has received the Fluids Engineering Award from the American Society of Mechanical Engineers and the 2007 President’s Award for Distinguished Teaching at Princeton.

Fellows are selected by their peers in the AAAS, and the society named 539 new fellows this year. The new fellows will be presented with a certificate and a gold and blue rosette pin (representing science and engineering) on Feb. 18 during the AAAS annual meeting in Vancouver, Canada.