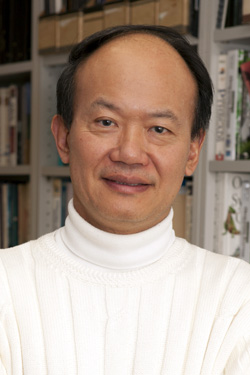 Kai Li, a professor of computer science at the School of Engineering and Applied Science, has been elected as a member of the National Academy of Engineering, one of the highest professional honors among engineers.

Li, the Paul M. and Marsha R. Wythes Professor in Computer Science, was selected for his contributions in the fields of data storage and distributed computer systems. He was among 66 new members and 10 foreign associates, according to a Feb. 9 announcement by Charles M. Vest, the NAE president.

During his career, Li has worked on a wide variety of topics in computer science. His research breakthrough in designing a type of data storage, called deduplication , allowed the industry to build new disk-based storage systems. The new systems are able to store far more backup and archival data than traditional approaches; they also allow for the electronic transfer of data to remote sites for disaster recovery. Before that, such data were mostly stored on tapes that had to be physically transported to remote sites, a much more cumbersome and expensive method.

In the field of distributed computer systems, Li pioneered techniques that allow users to program using a shared-memory programming model on clusters of computers. His work on connecting a cluster of servers together efficiently to act as a single higher-power server contributed to the industry communication standards now in place for such computing.

More recently, Li has been working with colleagues at Princeton on developing methods to efficiently manage and analyze the vast amount of data generated by increasingly sophisticated research in fields ranging from genomics to neuroscience.

Li received his doctorate from Yale in 1986. He is a fellow of the Association for Computing Machinery and a fellow of the Institute of Electrical and Electronics Engineers.