The corporate affiliates program, a consortium of industrial partners working with Princeton University researchers to solve problems related to energy and the environment, granted a combined total of $283,000 to the projects. The funding is the inaugural round of grants in what is planned to be an annual call for proposals from interdisciplinary teams of faculty members and industry researchers.

“Solving problems related to energy and the environment requires a mix of academic and corporate perspectives,” said Professor Lynn Loo, leader of the corporate affiliates program. “This program brings together top researchers with diverse professional backgrounds to spur innovative and practical ideas and to create business opportunities.”

A team of researchers led by Christodoulos Floudas, professor of chemical and biological engineering, will use its grant money to investigate a possible method for turning common household garbage into standard liquid fuels such as gasoline, kerosene and diesel. Currently, municipal solid waste is often turned into syngas (a mixture of carbon monoxide and hydrogen), which is then burned to make electricity. Floudas’ research would allow for more uses of this syngas, because some or all of it could be turned into liquid fuels instead of electricity.

The work extends previous research Floudas and colleagues have done proposing to make these liquid fuels from other materials, such as coal, natural gas or biomass. Common garbage, known as municipal solid waste, could provide an attractive feedstock for making synthetic fuel because it is cheap. Municipalities pay to have it taken away. However, proving the economic viability of the idea requires knowing more about the key first step of turning the garbage into gas. The corporate affiliates grant will pay for Floudas’ research group to create mathematical models that reveal how the gasification process changes depending on the type of garbage that is fed into it.

“The composition of municipal solid waste varies considerably,” said Floudas, the Stephen C. Macaleer ’63 Professor in Engineering and Applied Science. “We need to find the outputs of the gasifiers as a function of different inputs.”

The team will include a post-doctoral researcher, two graduate students and several undergraduate students as well as researchers from Lockheed Martin, which is a member of the corporate affiliates program and had separately funded previous research by Floudas on synthetic fuels. 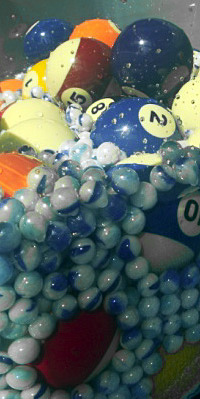 Seven percent of the global annual emission of the greenhouse gas carbon dioxide results from the production of cement, most of which is mixed with stone and water to make concrete. A team of Princeton researchers will seek to lower the environmental impact of concrete by using more stone and less cement. Though a seemingly simple idea, the project combines sophisticated mathematical modeling of particle behavior and flow with careful experimentation.

The lead investigator, George Scherer, W.L. Knapp Professor of Civil and Environmental Engineering, is a materials scientist with deep expertise in cements. Scherer will collaborate with Salvatore Torquato of the Department of Chemistry, who is an expert in the way particles pack together when randomly mixed. The team also includes Robert Prud’homme of the Department of Chemical and Biological Engineering, who is an authority in the field of rheology, or the way materials flow.

The work builds on initial research by Torquato and colleagues who discovered a configuration of particles that packs more densely than was previously believed to be possible. The dense packing occurs when particles of two sizes have a specific ratio between their sizes and a certain proportion of small particles to large ones. Funded by the corporate affiliates program, the team will investigate whether screening the stones that go into concrete according to these special proportions would allow much more stone to pack into a space, reducing the space left to be filled with cement.

As a first step, Scherer has assigned an undergraduate student to replicate the dense packing with glass balls to more fully understand how the packing works and testing to see how much leeway there is in the ratios. The group will then move on to adding cement to the glass balls. Finally, the work will test irregularly shaped particles more characteristic of the actual stones used in concrete. The primary goals of the work will be to test the strength of the mixture as well as its ability to flow like a liquid before the cement hardens.

If the experiments succeed, it may be possible to reduce the amount of cement needed by 10 to 20 percent.

“It’s going to be a lot of fun,” Scherer said. “If it doesn’t work, it will be a great educational experience for the students and researchers; and if it does work, it could be a big deal commercially and environmentally.”

The Princeton Energy and Environment Corporate Affiliates Program was founded in 2011 and is administered by the Andlinger Center for Energy and the Environment in close partnership with the Princeton Environmental Institute, the Woodrow Wilson School of Public and International Affairs and the School of Architecture. Member companies support and participate in research, working closely with faculty and students across campus.