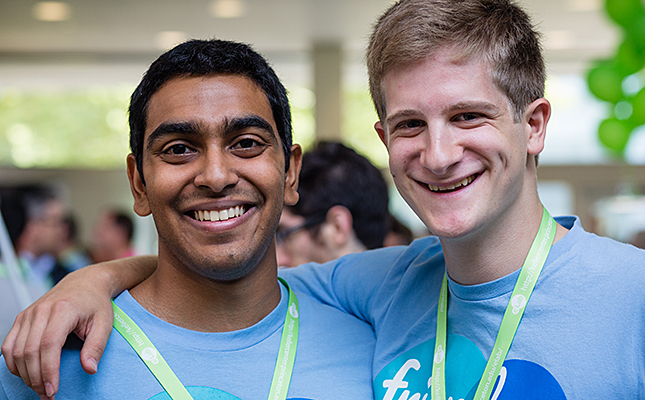 Vaidhy Murti and Michael Pinsky met freshman year when they sat down on adjacent couches in Frist Campus Center to watch a Yankees game.

The two became fast friends, and this modest beginning gave way to the startup which is now Friendsy, a college-based social media site that is gaining traction among universities nationally.

“We got close quickly, but we realized things don’t always happen this way,” said Pinsky, a senior in psychology.

Murti and Pinsky, now roommates, found support for their budding company from the Keller Center’s eLab Summer Accelerator, which provided a $20,000 stipend and an office in the EQuad to help them develop their business.

Princeton might not be situated in Silicon Valley, but in recent years the University has come to offer an increasingly robust support system for entrepreneurial students.

The eLab accelerator is one example. In addition to a stipend, the 10-week program offers student teams coaching and support from veteran entrepreneurs. Murti, a senior

in computer science, said eLab helped the Friendsy team expand its working base from seven schools to 40 and its membership from 10,000 users to 23,000. “They did a very good job of catering to us, even though we were probably at a later stage than most teams,” Murti said. “They allowed us to really use their resources and achieve what we’ve achieved so far.”

Aside from formal programs such as eLab, students find an avenue for various levels of entrepreneurial pursuits through Princeton’s student-run Entrepreneurship Club, or E-Club for short.

E-Club’s events run throughout the year. For beginners, the club offers “Hack Classes” that teach skills in starting a business, web development and application design. More experienced students can attend the semiannual Hackathon, in which hundreds of students gather from around the country to exchange ideas and create new apps and devices. The club also sponsors a competition, TigerLaunch, with over $50,000 in prizes. The competition involves three rounds in which participants pitch their ideas to judges, develop a usable prototype and finally present their idea to venture capitalists.

“We have about 11 teams in charge of planning different types of events for students on campus,” said Hansen Qian, a junior in computer science who ran HackPrinceton last fall and spring, and currently works on rebranding and advertising within the club. When Stephanie He, president of E-Club, approached a venture capitalist last summer for more ideas about how to promote entrepreneurship on campus, “she was told that no other school offers this much for students,” Qian said.

The E-Club organizes collaborative sessions such as IdeaFactory, a gathering of students and mentors to discuss and develop ideas. E-Club’s Speaker Series has featured presentations by business leaders including Fred Wilson, the co-founder of Union Square Ventures; Jack Dorsey, the co-founder of Twitter; and Walter Isaacson, the CEO of the Aspen Institute. 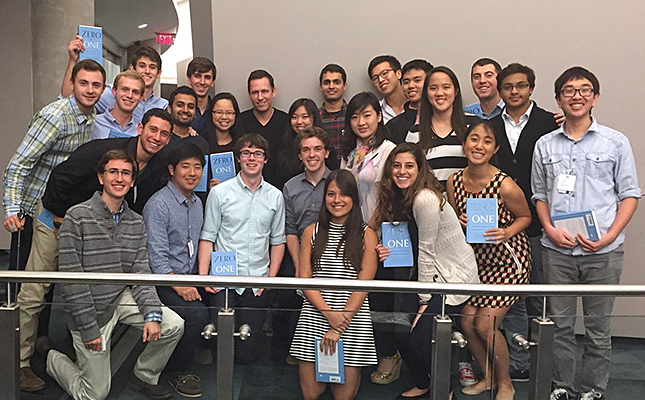 One of the most popular events offered by the E-Club is TigerTrek, in which about 20 students from a pool of more than 200 applicants are selected to meet with leading professionals in New York City and Silicon Valley. The program helps students gain awareness of career opportunities and expand their professional network. It also pairs them with mentors and allows them to interact with peers who share interests in entrepreneurship.

This year, Daniel Toro, a junior in operations research and financial engineering, led students on the Silicon Valley TigerTrek. They visited top entrepreneurs including Salman Khan, founder of Khan Academy; Peter Thiel, co-founder of PayPal and Palantir; and Meg Whitman, CEO of Hewlett Packard and a 1977 Princeton graduate.

“I went into TigerTrek with a clear mindset of my career plans, and left with the overwhelming yet exciting feeling that career plans are overrated,” said Lynn Nehme, a senior in mechanical and aerospace engineering.

he said. “I learned many things about the potential future of education during our meeting, and it definitely influenced the direction of Chesscademy.”

As E-Club continues to expand its offerings, Stephanie He, the club president, hopes it will allow students at all stages of entrepreneurship to network, compete and challenge themselves. “The future has always been driven by innovators and those who are finding new, exciting ways to better the world around them,” she said. “E-Club is a hub for those aspiring entrepreneurs who seek to make that impact on the world.”