Robert Bremmer and Matt Collins quit their jobs at Goldman Sachs and JP Morgan after graduating from Princeton to pursue their true passion: real estate entrepreneurship. In an effort to help current Princeton students find their calling the first time around, the two friends each pledged $50,000 to support entrepreneurial projects and internships through the Keller Center.

“A lot of graduates from our generation felt their best or only opportunity for success was to go into investment banking or consulting,” said Collins, who graduated in 2009 with an A.B. in religion. “The Keller Center seemed like the most logical partner to help students explore their own ventures.” 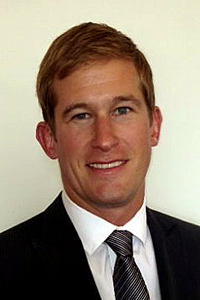 Bremmer, an economics major and member of the Class of 2007, said he first became interested in supporting entrepreneurship at Princeton after setting up real estate career nights on campus and noting student interest. He later hired undergraduate interns at Harness Homes Group, a Brooklyn-based real estate firm that he co-founded and now manages.

“The hope for this endowment is that it will allow opportunities for internships that are a little bit out of the mold,” Bremmer said, adding that Princeton interns are a great resource for entrepreneurial companies because of their drive and strong work ethic. “If people are passionate about what they do, there’s a much higher likelihood for success.”

The fund is intended for students who have an eye for business but who also want to make a difference in the world beyond making a profit, Collins said. The fund will be used for internships and programs such as the Keller Center’s eLab, a launch pad for student startups.

“This is not meant to be just for people who have a focus on finance or economics,” added Bremmer. “Entrepreneurs tend to look at things a bit differently, and having a diverse background is an asset to entrepreneurial thinking.”

Collins and Bremmer met on the wrestling team at Princeton, and said that the school gave them lasting friendships and invaluable professional connections.

“We really felt an obligation to pay back a community that gave us so much,” Collins said. “We’re young and really lucky.” 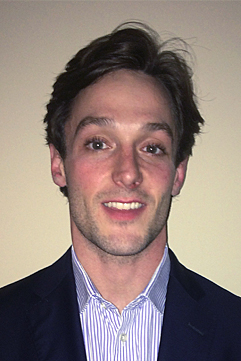 After graduating from Princeton, Collins earned a master’s degree in Arab studies from Georgetown University, worked for JP Morgan in London, and is currently a second-year law student at the University of Kentucky. He is also an investor in a Lexington, Kentucky, real estate project.

Bremmer ran a landscaping and construction business while still in college, but had his first job in real estate investment banking at Goldman Sachs. After leaving Goldman Sachs he raised a real estate fund, acquiring nearly 300 residential units in Brooklyn, which he then sold in 2014. Today, his company Harness Homes Group strives to revitalize neighborhoods in the New York and New Jersey areas by buying and rehabilitating vacant properties.

The duo hopes to expand their Princeton fund in the future through support from fellow graduates who are very successful in finance and investment banking, but who perhaps wished they had tried other opportunities before leaving Princeton.

“It’s much more impactful than funding a few internships over the summer,” said Bremmer. “We want to create a lasting legacy that we hope will grow over time.”