A new study that sifted through an enormous mass of biomolecular data has significantly advanced our understanding of the genetics of pancreatic cancer and opened up promising treatment avenues.

More than 40,000 Americans die each year from this devastating disease, making it the third deadliest cancer nationwide. Most patients do not show signs of the illness until their cancers have spread elsewhere in the body, and even when caught early, pancreatic cancers do not respond well to treatment.

For the study, researchers analyzed molecular changes in a large sample of malignant pancreatic tumors from 150 patients. A Princeton computer scientist co-led the computational analysis of the dataset, seeking out genetic differences between normal and cancerous cells. Overall, the findings implicate a small number of genes and broader cellular communication pathways as playing major causative roles in the disease. Encouragingly, the study also revealed that a high number of patients’ pancreatic cancers should benefit from therapies recently available or in clinical trials.

“With this study, our overarching motivation is to obtain a full view of the molecular changes that occur in cancerous cells so we can develop better early detection and treatment methods,” said Ben Raphael, a professor of computer science at Princeton. 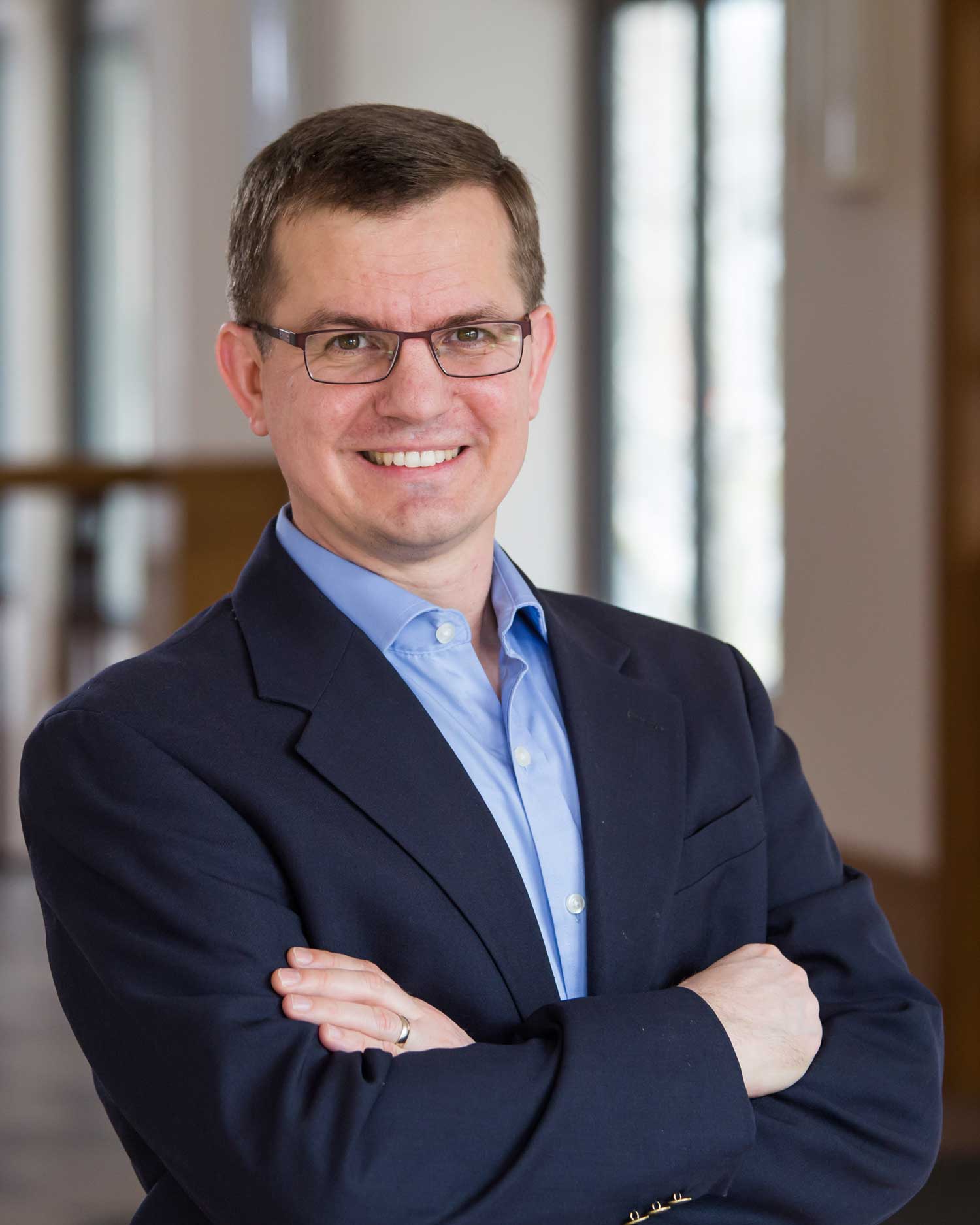 Raphael is co-lead author of a study in the Aug. 14 issue of the journal Cancer Cell describing the results. The study was undertaken as part of The Cancer Genome Atlas (TCGA), a multi-institute collaboration between the National Cancer Institute and the National Human Genome Research Institute. The project is cataloging the genetic alterations in 33 cancers.

Among the study’s major takeaways is corroboration that a gene, called KRAS, is mutated in 93 percent of patients in the study. In the small patient subset without this genetic defect, the analysis indicated that 60 percent nevertheless had mutations to genes that form part of the same signaling pathway as KRAS.

Like a bucket brigade, a signaling pathway passes information, protein-by-protein, from outside of a cell to its nucleus, prompting a cellular response. Drugs could be developed to target individual members of this bucket brigade – including the malfunctioning protein made by mutated KRAS – in order to bring a cell back into healthy order.

“KRAS is one of the major cancer-promoting genes in many types of cancer,” said Raphael. “The fact that almost every pancreatic cancer patient has a mutation in the KRAS gene, or in genes within the same pathway, suggests that continued progress on treating cancers with mutations in this pathway could ultimately help a substantial patient population.”

In the nearer term, the study identified genomic changes in pancreatic cancer cells that should be sensitive to current or in-the-pipeline treatments. Some 42 percent of the cancer patients exhibited these sorts of potentially treatable mutations. For example, 8 percent of the study’s patients exhibited mutations of genes in the DNA repair pathway. This pathway can be effectively treated with either platinum-based chemotherapy or another class of drugs, poly ADP ribose polymerase (PARP) inhibitors, according to the paper’s authors.

This specific finding heralds doctors’ long-sought goal of “precision” medicine – therapies tailored to an individual’s cancer profile obtained through sequencing DNA and RNA in a tumor, Raphael said. Historically, approaches to cancer treatment have focused on where it occurs in the body – in the lungs, colon, skin, blood, and so forth. That paradigm is breaking down, as clinicians increasingly characterize the genetics of cancers to reveal drug-targetable mutations, irrespective of bodily location.

“Every cancer patient has essentially a unique set of mutations, but those mutations fall into some common themes that we can go after therapeutically,” said Raphael. “In the end, we want to treat patients based on the molecular changes responsible for cancer, rather than treating based on the tissue of origin.”

The researchers had to overcome significant challenges to reach their conclusions. Unlike most cancers, pancreatic tumors grow diffusely in the organ, becoming surrounded by thick, yet non-cancerous, tissues. Surgically removed tumor pieces come loaded with non-malignant cells, whose extra genetic materials complicate efforts to isolate the cancer cell abnormalities of interest.

Raphael and his collaborators got around this issue by divvying up the 150 patient tissue samples into two halves: one with a high fraction of cancer cells, the other with a low fraction of cancer cells. The researchers honed their computing algorithms to identify distinctive pancreatic cancer markers in the high-concentration half before tackling the harder-to-parse gene networks in the second half.

“It’s what we call ‘machine learning’ in computer science,” said Raphael. “We learned features on half of the samples, then used that information to supervise the analyses of the other half.” In addition, by sequencing such a high number of tissue samples, the probabilities increased for reliably locating cancer-specific, genetic glitches.

Anirban Maitra, professor of pathology at the University of Texas MD Anderson Cancer Center in Houston, as well as the scientific director of the Sheikh Ahmed Bin Zayed Al Nahyan Center for Pancreatic Cancer Research, and who was not involved in the new study, called it a “bioinformatics tour de force.”

Maitra cited the richness of the paper’s data, which besides highlighting abnormalities in DNA also covered RNA, another integral genetic biomolecule. The study further assessed changes in the protein products of genes, as well as so-called epigenetic modifications to DNA that switch genes on and off.

Maitra added, “It’s a treasure trove that is likely to be mined for many years to come.”

The work was supported by the National Institutes of Health, and 273 researchers contributed to the project. In addition to Raphael, co-corresponding authors were Ralph H. Hruban, of the Johns Hopkins University School of Medicine and Andrew J. Aguirre, of the Dana Farber Cancer Institute and the Broad Institute of the Massachusetts Institute of Technology and Harvard University.