A Princeton University professor will serve as a lead investigator in a new, $10 million National Science Foundation effort to jump-start the development of quantum computing. The multi-institutional research team will attempt to reach goals in five years that were originally thought to be decades away.

Margaret Martonosi, the Hugh Trumbull Adams ’35 Professor of Computer Science at Princeton, will lead Princeton’s contribution to the project, entitled Enabling Practical-Scale Quantum Computing (EPIQC). The research will be funded by the National Science Foundation’s Expeditions in Computing program. In addition to Princeton University, researchers from the University of Chicago, the Massachusetts Institute of Technology, Georgia Tech, and the University of California, Santa Barbara, will work on the project.

“The Expeditions projects being awarded today are not only taking on challenging research problems in computer and information science and engineering, but they are also offering the potential to yield tremendous benefits to multiple sectors of our society,” Jim Kurose, the National Science Foundation’s assistant director for Computer and Information Science and Engineering, said in a written statement announcing the funding.

While standard computers use binary values of 0 and 1 to store data, quantum computers take a different approach. The new machines rely on the inherent uncertainty of quantum particles, such as atom 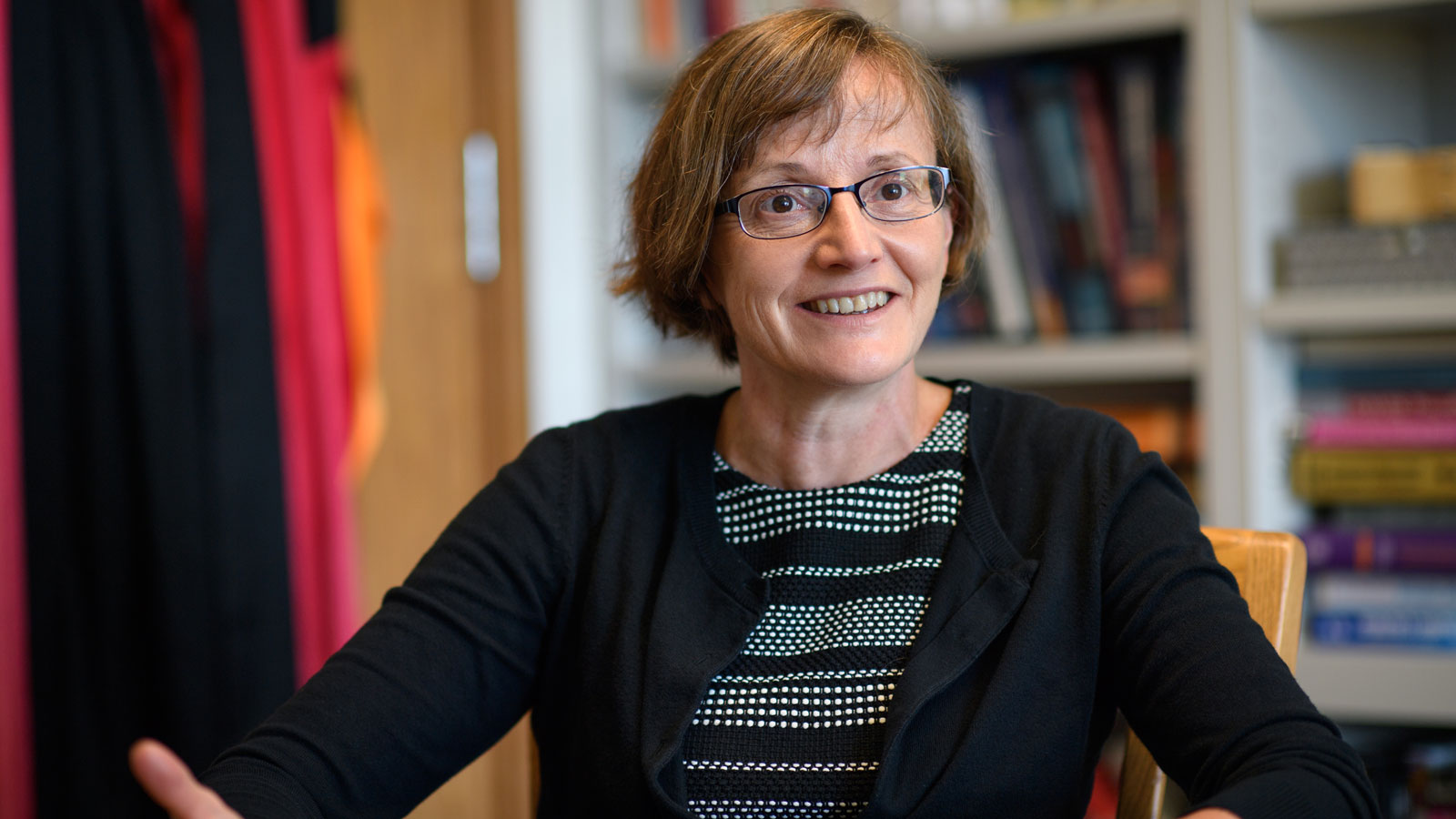 s or electrons, to perform calculations. Unlike the bits stored in standard computers, quantum’s qubits do not have a definite value until a calculation is made. This uncertainty can allow mathematicians to make very powerful calculations and address problems in physics, chemistry and other fields that standard computers cannot solve.

“So it’s not 0 or 1, but some ‘superposition’ of different states,” Martonosi said in a recent interview. “Being able to manipulate these complex states, one can do unique calculations that go beyond the simple addition or logic operations of a classical computer.”

Martonosi said quantum computing will require software built on entirely new algorithms as well as new hardware. Both have advanced over the past couple of decades, but there is an entire middle layer of interface between the two that needs to be developed. The research she and her team will be doing will seek to fill that gap.

“What we have lacked are all the intermediate layers that go between algorithms and devices, and that have the potential to help map some high-level algorithms onto practical devices in ways that are efficient enough to accelerate when quantum computing can be used for real-world problems,” said Martonosi, who also serves as the director of Princeton’s Keller Center for Innovation in Engineering Education.

Creating the interface between hardware and high-level software will be critical to developing practical systems, said Jennifer Rexford, chair of Princeton’s computer science department. She said Martonosi was ideally suited to leading that effort.

“I think of her as sort of ‘glue,’ if you will, between the two extremes of the project, so she’s really critical for filling the gap in the middle that we really have to fill if quantum computers can actually be programmed,” said Rexford, the Gordon Y.S. Wu Professor in Engineering.

The idea behind the research is to make quantum computing “scalable, reliable and practical,” Martonosi said.

“The shift is from a blue-sky era of thinking broadly about ways to program quantum systems to a more practical era where we say, ‘what do we need to do to get things done now,” she added.

Following that near-term approach, the researchers will focus on developing what is called NISQ (noisy intermediate scale quantum) computing, in which computers function on roughly 500 qubits or fewer. These types of systems could be used to address problems such as modeling molecular or chemical behavior as a way to develop new medicines or more efficient ways to produce fertilizers and other industrial chemicals.

“The time trajectory for that is unclear, but right now these quantum chemistry simulations are everyone’s best example of where quantum computing could have real-world implications in a fairly reasonable time frame,” Martonosi said.

Another component of the EPIQC research is education and outreach, said Fred Chong, the principal researcher from the University of Chicago.

“Part of what we want to do is not only produce tools and educate people and help the community grow, but also help people appreciate that there are some really important problems to be solved here, and inspire people to work on them,” said Chong, the Seymour Goodman Professor in the University of Chicago’s computer science department. “It’s really one of our core missions to build a research community with enough critical mass to spur innovation and realize the potential of this incredibly promising computing technology.”