Diamonds are prized for their purity, but their flaws might hold the key to a new type of highly secure communications. 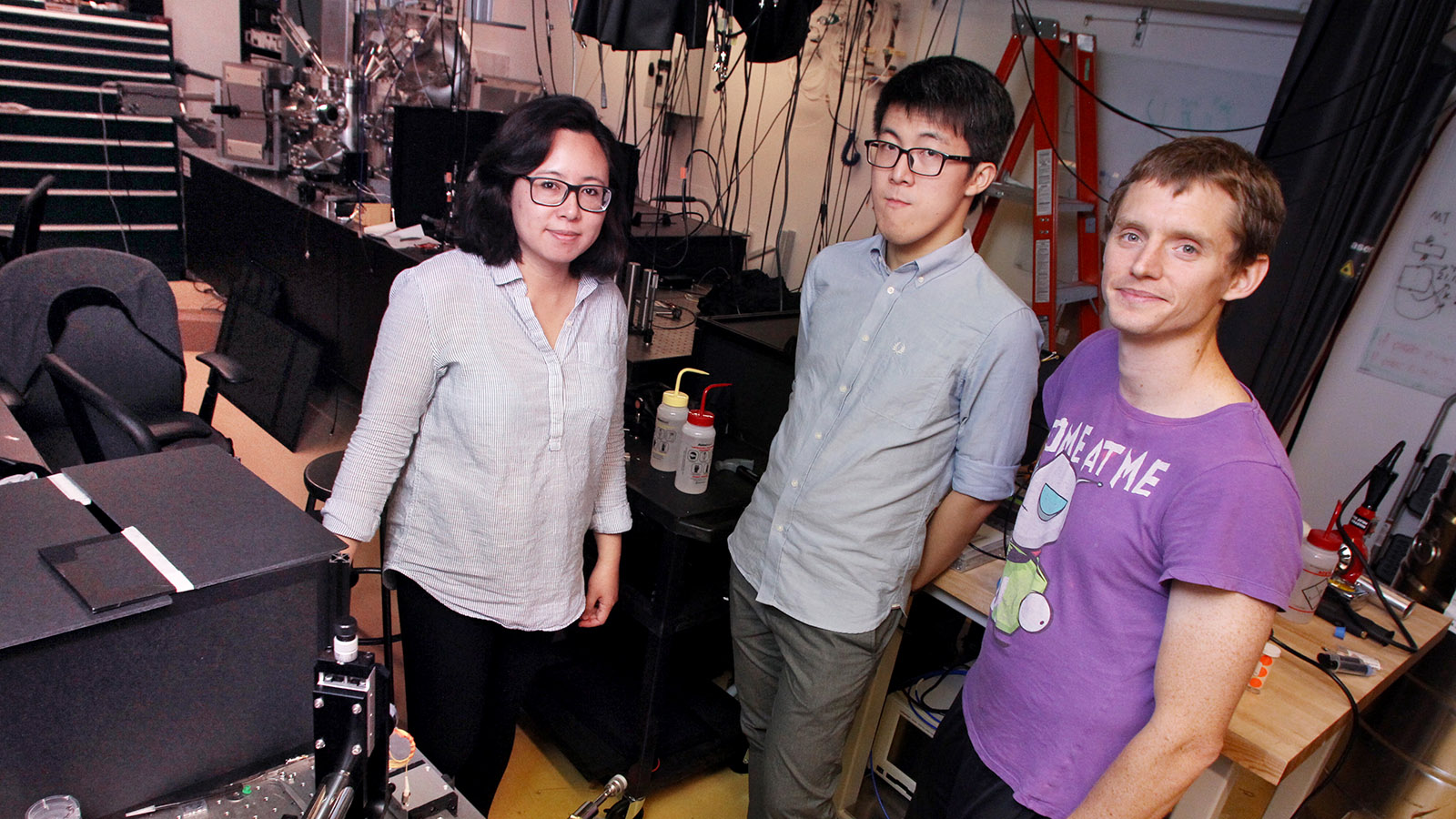 Princeton University researchers are using synthetic diamonds to help create a communication network that relies on a property of subatomic particles known as their quantum state. Researchers believe such quantum information networks would be extremely secure and could also allow new quantum computers to work together to complete problems that are currently unsolvable. But scientists currently designing these networks face several challenges, including how to preserve fragile quantum information over long distances. 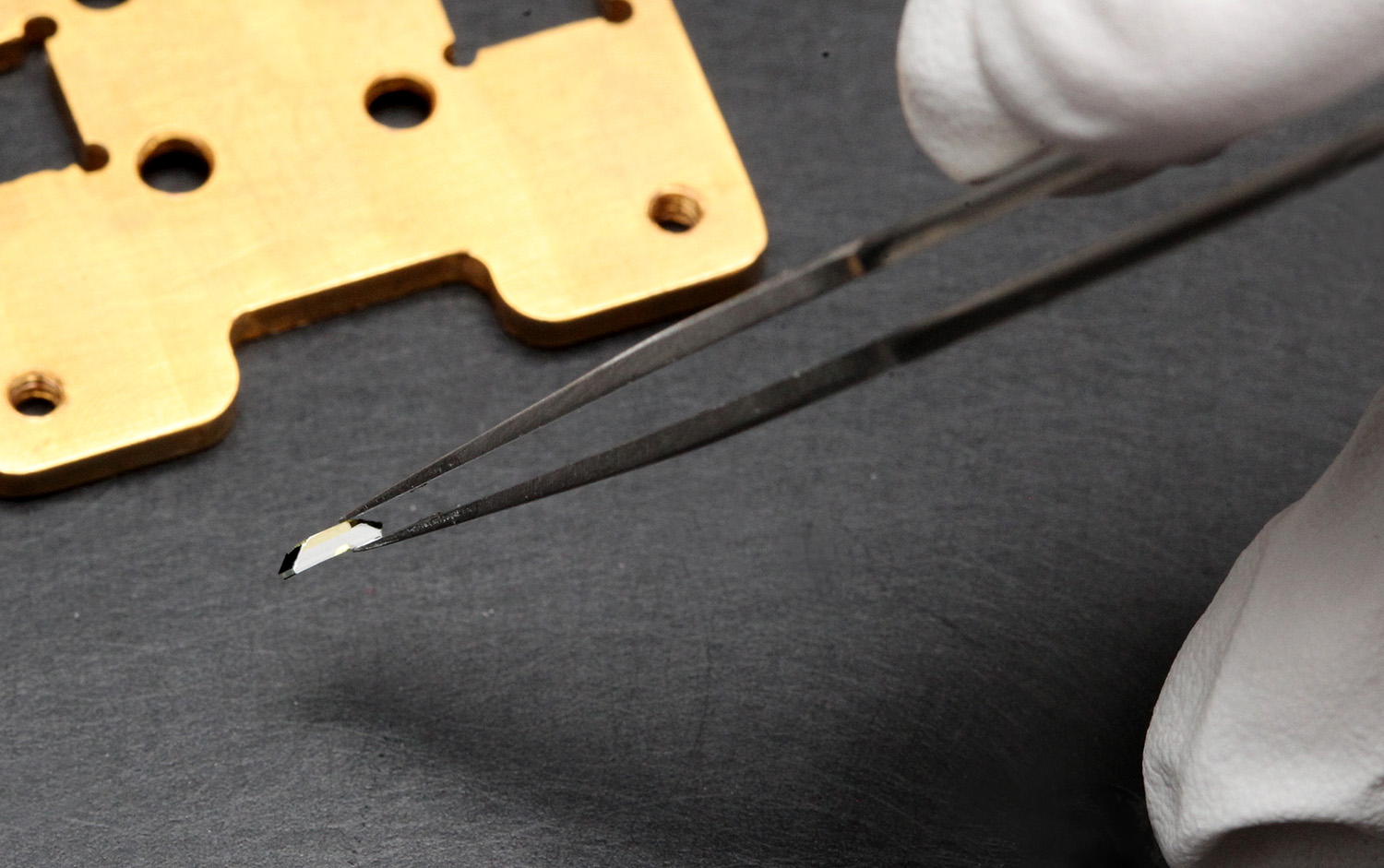 Now, researchers have arrived at a possible solution using lab-made diamonds, which allow precision control of the gem’s chemistry.

In an article published this week in the journal Science, the researchers describe how they were able to store and transmit bits of quantum information, known as qubits, using a diamond in which they had replaced two carbon atoms with one silicon atom.

In standard communications networks, devices called repeaters briefly store and retransmit signals to allow them to travel greater distances. Nathalie de Leon, an assistant professor of electrical engineering at Princeton University and the lead researcher, said the diamonds could serve as quantum repeaters for networks based on qubits.

The key challenge in creating quantum repeaters has been finding a material that could both store and transmit qubits. So far, the best way to transmit qubits is to encode them in particles of light, called photons. Optical fibers currently used across much of the network already transmit information via photons. However, qubits in an optical fiber can travel only short distances before their special quantum properties are lost and the information is scrambled. It is difficult to trap and store a photon, which by definition moves at the speed of light.

Instead, researchers have looked to solids such as crystals to provide the storage. In a crystal, such as a diamond, qubits could theoretically be transferred from photons to electrons, which are easier to store. The key place to carry out such a transfer would be flaws within the diamond, locations where elements other than carbon are trapped in the diamond’s carbon lattice. Jewelers have known for centuries that impurities in diamonds produce different colors. To de Leon’s team, these color centers, as the impurities are called, represent an opportunity to manipulate light and create a quantum repeater.

Previous researchers first tried using defects called nitrogen vacancies – where a nitrogen atom takes the place of one of the carbon atoms – but found that although these defects store information, they don’t have the correct optical properties. Others then decided to look at silicon vacancies – the substitution of a carbon atom with a silicon atom. But silicon vacancies, while they could transfer the information to photons, lacked long coherence times. 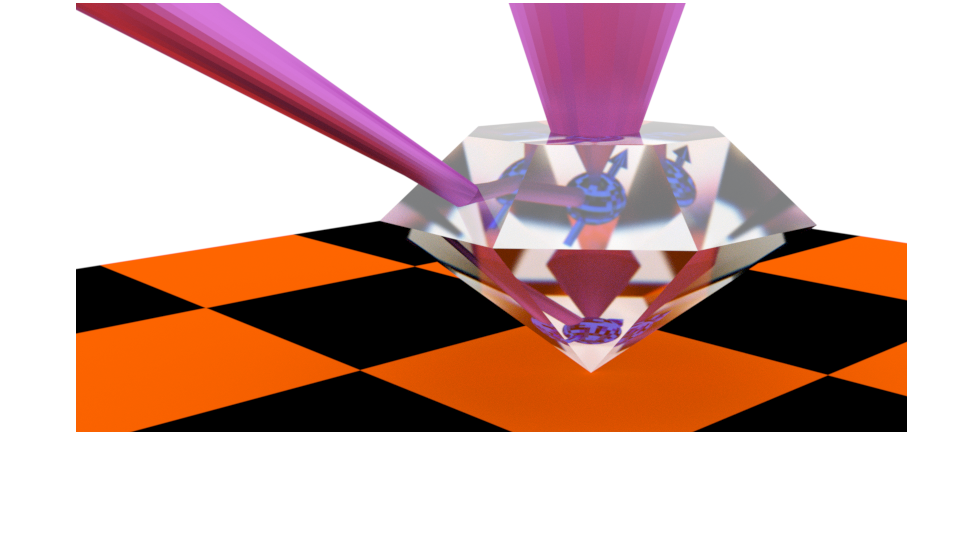 “We asked, ‘What do we know about what causes the limitations of these two color centers?'” de Leon said. “Can we just design something else from scratch, something that addresses all these problems?”

The Princeton-led team and their collaborators decided to experiment with the electrical charge of the defect. Silicon vacancies in theory should be electrically neutral, but it turns out other nearby impurities can contribute electrical charges to the defect. The team thought there might be a connection between the charge state and the ability to keep electron spins in the proper orientation to store qubits.

The researchers partnered with Element Six, an industrial diamond manufacturing company, to construct electrically neutral silicon vacancies. Element Six started by laying down layers of carbon atoms to form the crystal. During the process, they added boron atoms, which have the effect of crowding out other impurities that could spoil the neutral charge.

“We have to do this delicate dance of charge compensation between things that can add charges or take away charges,” de Leon said. “We control the distribution of charge from the background defects in the diamonds, and that allows us to control the charge state of the defects that we care about.”

Next, the researchers implanted silicon ions into the diamond, and then heated the diamonds to high temperatures to remove other impurities that could also donate charges. Through several iterations of materials engineering, plus analyses performed in collaboration with scientists at the Gemological Institute of America, the team produced neutral silicon vacancies in diamonds.

The next step in the research is to build an interface between the neutral silicon vacancy and the photonic circuits to bring the photons from the network into and out of the color center.

Ania Bleszynski Jayich, a physics professor at the University of California-Santa Barbara, said the researchers had successfully met a long-standing challenge of finding a diamond flaw with characteristics favorable to working with quantum properties of both photons and electrons.

“The success of the authors’ materials-engineering approach to identifying promising solid-state defect-based quantum platforms highlights the versatility of solid-state defects and is likely to inspire a more comprehensive and extensive search across a larger cross-section of material and defect candidates,” said Jayich, who was not involved in the research.

This work was supported by the National Science Foundation under the EFRI ACQUIRE program (grant No. 1640959) and through the Princeton Center for Complex Materials, a Materials Research Science and Engineering Center (DMR-1420541). This material is also based upon work supported by the Air Force Office of Scientific Research under award number FA9550-17-0158. D.H. acknowledges support from a National Science Scholarship from Agency for Science, Technology, and Research (A*STAR) of Singapore.

The U.S. Department of Energy recently recognized de Leon for her work on the properties of diamond material by awarding her five years of funding under its Office of Science Early-Career Research Program.