Scientists have long prized the roundworm Caenorhabditis elegans as a model for studying the biology of multicellular organisms. The millimeter-long worms are easy to grow in the lab and manipulate genetically, and have only around 1,000 cells, making them a powerful system for probing intricacies of development, behavior and metabolism.

Now, a team at Princeton’s Lewis-Sigler Institute for Integrative Genomics has produced new resources for C. elegans research: a comprehensive view of which genes are active in each of the four major tissues of adult worms, as well as a tool for predicting gene activity across 76 more specific cell types. The team, led by co-senior authors Professor of Molecular Biology Coleen Murphy and Professor of Computer Science Olga Troyanskaya, reported their results in an August 10 article in the journal PLOS Genetics.

The work builds on a collaboration that dates back to 2009, when the two labs first teamed up to analyze gene activity patterns in C. elegans tissues. “Olga and I both had an interest in tissue specificity. Most of the biology that we hear about is done in whole organisms, but the truth is, if you have a disease, it’s usually of a particular tissue,” said Murphy, who directs Princeton’s Glenn Center for Quantitative Aging Research. “For C. elegans we know that, for example, insulin signaling in the brain or the gut of the animal actually can affect the longevity of the entire animal.” 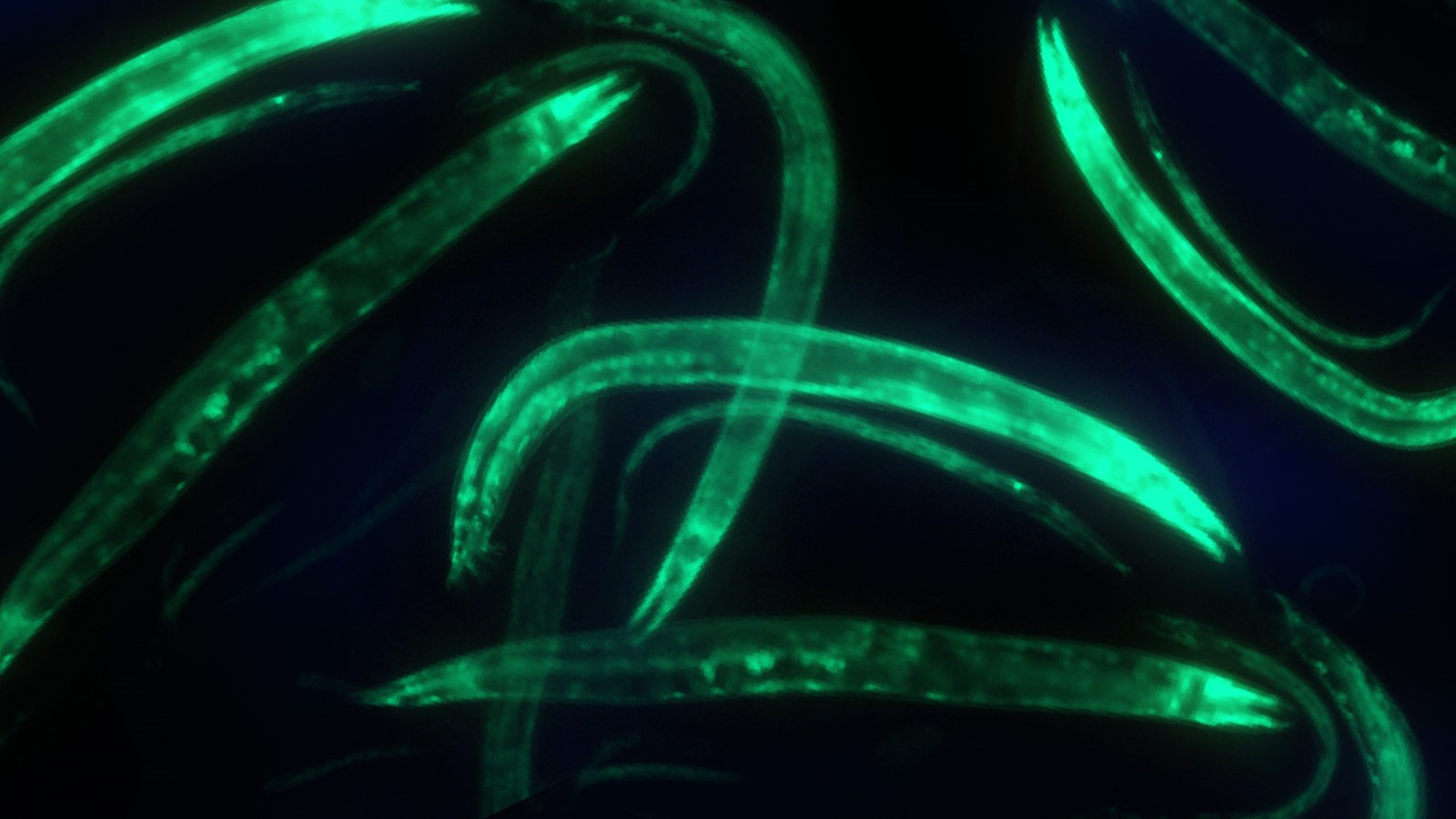 Researchers have previously analyzed the activity of the worm’s more than 20,000 genes under different conditions in embryos, larvae or whole adult worms, but separating the tissues of adult animals for such experiments has been difficult because of the worm’s anatomy. Rachel Kaletsky, an associate research scholar in Murphy’s lab and co-first author of the work, developed a technique to isolate specific tissues. Kaletsky, Murphy and their colleagues first used the method in 2015 to study memory-related genes in neurons. Here, they applied it to conduct a global analysis of gene activity, or expression, in the adult worm’s four major tissues: muscle, neuron, intestine and epidermis tissues.

“This really lets us refine our hypotheses,” said Kaletsky. “We can now ask questions about what is happening in neurons, for example, under a whole variety of conditions affecting various diseases or things that happen with age, and we can go and directly answer those questions.”

After separating cells from the worms’ four major tissues, the researchers isolated and sequenced the cells’ messenger RNAs, the intermediate molecules that enable the information encoded in genes’ DNA to be translated into proteins, which carry out all of a cell’s basic and more specialized functions. In any given cell only a subset of genes is actively expressed – meaning that messenger RNA exists for only the subset of genes that are active in that tissue.

Analyzing the RNA data revealed distinct patterns of gene expression in each tissue. Intestinal cells, for instance, expressed high levels of genes associated with digestion, while genes related to learning and memory were highly expressed in neurons. More than 5,000 genes were expressed in all tissue types; these were involved in such universal processes as glucose metabolism or stress responses.

Comparing the results to human gene expression profiles yielded some unexpected insights. For example, the C. elegans epidermis did not express genes similar to those active in human skin, as researchers have long assumed. Rather, epidermis cells expressed many metabolic genes comparable to those that are active in the human liver. “This is the kind of thing that could inform studies of organ-specific diseases in humans, using worms as a model,” said Murphy.

But what about investigating which genes are expressed in the worm’s head muscle cells or sensory neurons? Or in its excretory system? To gain a higher-resolution picture of gene expression across cell types and life stages, Murphy’s group worked with Troyanskaya and Victoria Yao, a recently graduated Ph.D. student from Troyanskaya’s lab and co-first author of the work.

The team applied computational methods to analyze data from more than 4,000 publicly available C. elegans gene expression experiments – including data from the present study on the worm’s four major tissues. While most of these experiments were done with whole animals, the researchers devised a machine-learning approach to tease out tissue-specific patterns. The method combines the high-throughput data sets with the best available information from small-scale experiments demonstrating that a gene is expressed in a particular tissue.

“We can’t fully characterize every single little cell type in any kind of tractable way very soon,” explained Yao. “The idea is that all those whole-worm expression data sets still have useful information. It’s kind of like everything mushed up in a blender, but we can use computational methods to try to pull out which genes are potentially expressed in which tissues.” Researchers can access the gene activity prediction tool at worm.princeton.edu.

As a case study, the team used the prediction tool to examine genes controlled by CREB, a gene that serves as a key regulator of both metabolism and long-term memory, which Murphy’s lab has studied for its roles in aging processes. While CREB’s activities in neurons are well known, this investigation suggested that CREB also regulates genes in the worm’s epidermis, intestine and reproductive system.

Murphy emphasized that the paper includes just a few examples of new findings enabled by the team’s tissue-specific gene expression data and prediction tool. “We really hope that people in the worm research community will use this to find things we haven’t even thought of yet,” she said.

Other co-authors were April Williams, who completed a Ph.D. in quantitative and computational biology at Princeton in 2015; Alexi Runnels, a 2018 molecular biology Ph.D. graduate; Alicja Tadych, a scientific software engineer at the Lewis-Sigler Institute; and Shiyi Zhou, a graduate student in molecular biology.

The work was supported in part by the National Institutes of Health and the Glenn Foundation for Medical Research.