One of 17 recipients, Montaño López was recognized in the category of academic achievement. Other categories included human rights, the arts, science and technology and the protection of indigenous culture. 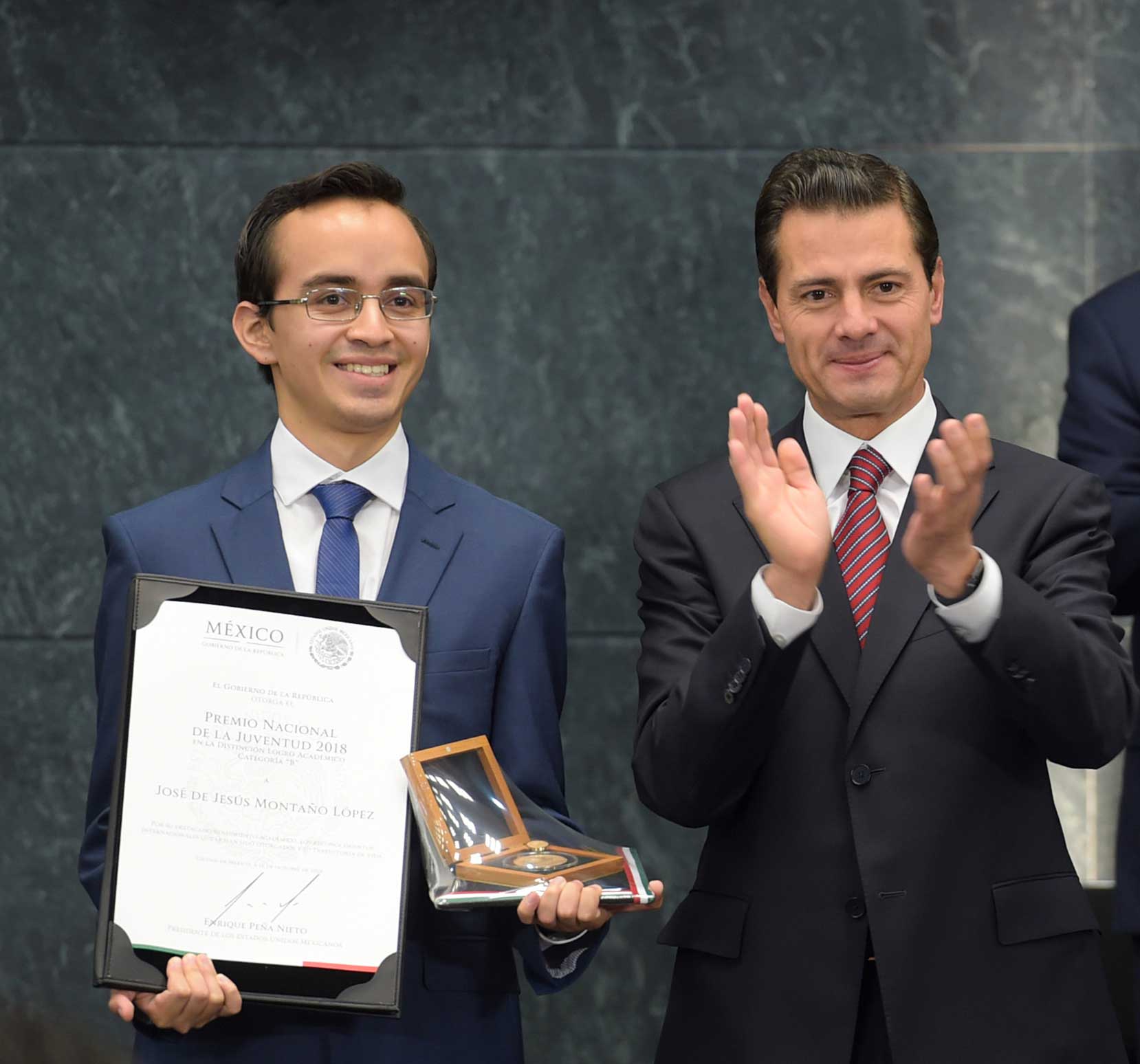 President Enrique Peña Nieto presented the award in a ceremony at the presidential residence, known as Los Pinos, in Mexico City on October 16. Montaño López is currently in his first semester in the Department of Chemical and Biological Engineering at Princeton, where he plans to research sustainable energy production through the use of biotechnology.

“José adopted this global leadership view of research at such an early age,” said Rodney Priestley, associate professor of chemical and biological engineering and the departmental director of graduate studies. “That experience, having done research in so many different countries as an undergraduate, certainly stands out. It’s impressive.”

Montaño Lópe grew up 70 miles north of the nation’s capital in the city of Pachuca.

Much of his family lives in Ixtaltepec, Oaxaca, which made news last year when the strongest earthquake to hit Mexico in a century sent massive shockwaves throughout the state. His grandparents survived but sustained major damage to their homes.

In addition to his scholarly work, the award cites economic adversity and the indigenous heritage of his family, who are from the Zapotec peoples native to Oaxaca, as especially important in considering his achievement.

“They took all that into consideration because it’s a way of showing other Mexicans that you don’t need necessarily to be born rich in order to achieve academic success,” Montaño Lópe said. “It’s about being very disciplined and working hard. You have to look for opportunities.”

In January, he will begin working with a faculty adviser on a project that will lead to the dissertation for his Ph.D. The choice of adviser determines a student’s research for the duration of the degree program and often sets the stage for a career-long specialization. Throughout the fall semester, Montaño Lópe has been meeting with professors across the department, reading their published research and discussing their available projects in detail. “I really like the topic of biofuels and bioengineering,” he said. “I like the idea of using biotechnology, using genetic engineering, to solve problems in sustainable development. There’s a big opportunity there to change our future.”