Ten fourth-graders took turns twisting the seven joints of a giant robotic arm, then watched with wonder as the machine automatically repeated the sequence of movements they had created together.

In a lab at Princeton’s Department of Mechanical and Aerospace Engineering (MAE), the group watched a specialized remote-control drone zoom overhead and rotate in midair – a capability that goes beyond typical quadcopters, said graduate student Meghan Booker. Adding a camera to enable the drone to “make decisions on its own” will make it a valuable robotics research tool, Booker explained.

The demonstration was part of a June 5 visit to MAE by about 60 students from Harlem Prep Elementary School in New York City. The seventh annual event was organized by research scholar Tyler Van Buren and graduate student Daniel Floryan and involved 21 student and staff volunteers.

“Every year, we look forward to the young students’ visit,” said Van Buren. “We try to change the demonstrations year to year, though there are a few staple favorites that have a reputation, like the flight simulator.”

“The volunteers do a great job of coming up with engaging STEM demonstrations that excite the students – an excitement we hope they carry back to the classroom.”

In addition to hands-on robotics, the Harlem Prep students conducted experiments in the department’s wind tunnel lab, where they simulated the effects of a tornado on miniature houses.

Graduate students Nikita Dutta and Katherine Kokmanian helped the students formulate and test hypotheses about what would happen and discuss ways to change the structures to better withstand the wind – a glimpse into the research process.

Interacting with the young visitors “reminds us of our enthusiasm for science and engineering,” said Dutta.

The Harlem Prep students also explored the fields of bioengineering, aerodynamics and fluid mechanics. In a demonstration on control systems, they attempted to do “the wave,” as at a sporting event, using their own arms along with those of Baxter, a human-sized research robot.

Graduate student Chuck Witt prompted the visitors to take note of the robot’s sensory systems, which include cameras not only in Baxter’s “head” but also on its “hands.” When designing robots, “you can put eyes wherever you need them,” said Witt.

Kokmanian, who has volunteered at the event for several years, said she hopes visiting Princeton’s engineering school shows students that “you can go into STEM no matter where you come from.” 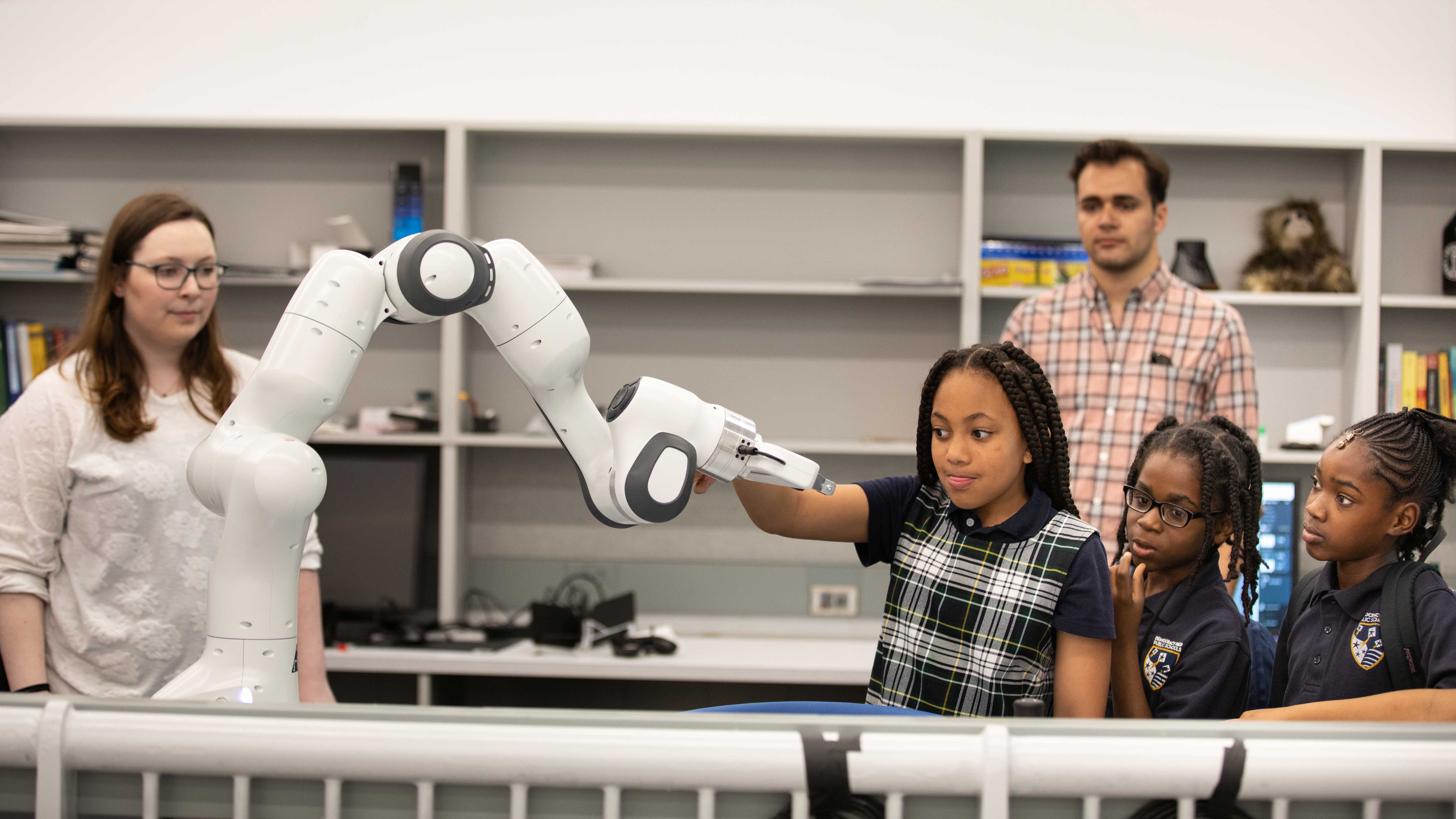 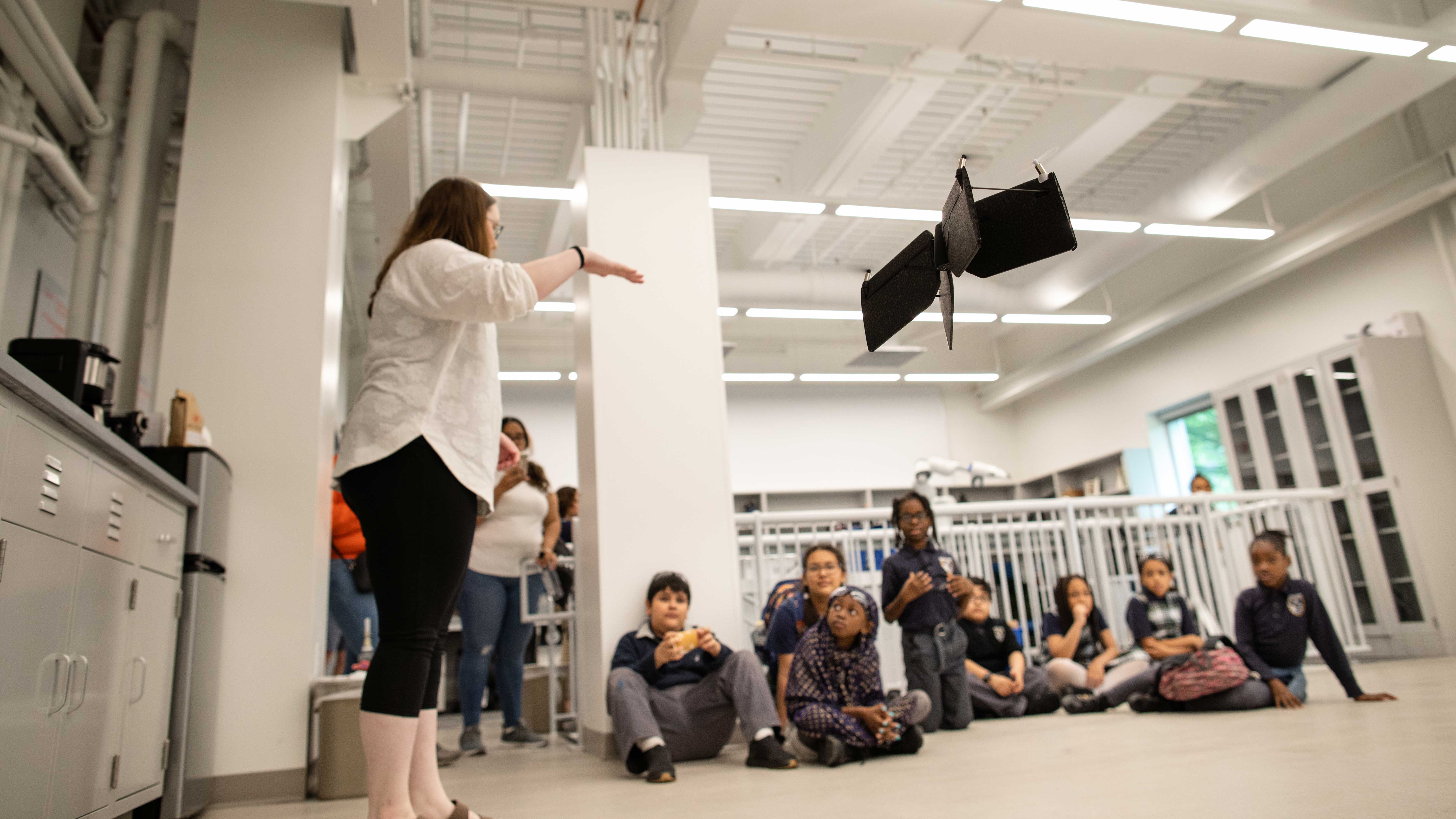 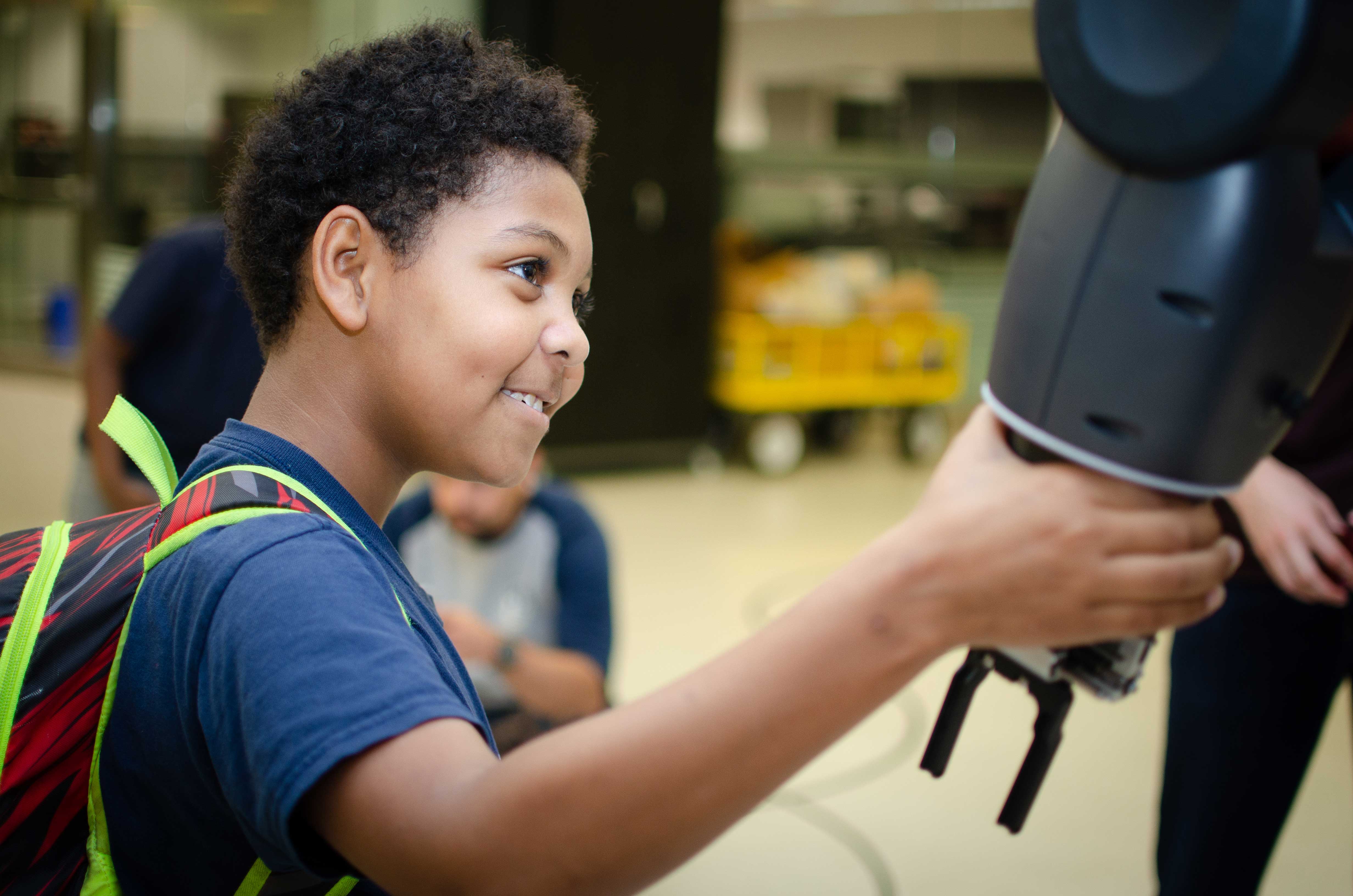