When Russian nuclear inspectors traveled to the U.S. in the early 2000s, they were not allowed to directly examine classified nuclear weapon components, Professor Alex Glaser said. Instead, the inspectors were shown a radiation detector's green light as confirmation that components were real.

The Russians were not convinced, Glaser said, noting that one said the only thing the test proved was that the Americans had a green LED with a battery connection.

Details about nuclear weapons remain among the world’s most highly guarded secrets. An expert dismantling a weapon, or even witnessing its destruction, can learn much about the warhead. On the other hand, without examining the weapon, it’s difficult to convince inspectors that a real weapon was destroyed. This has long been considered a problem for disarmament: How can countries convince others that a nuclear weapon is gone without revealing details about its arsenal?

“With a closet full of electronics and walls of concrete in between, for the Russians, the Americans’ device had no meaning whatsoever,” said Glaser, an associate professor of mechanical and aerospace engineering and international affairs at Princeton University. “If you own the weapon, you build the machine, and you control the inspection environment, you can design a machine that always gives you a green light when you want it to.” 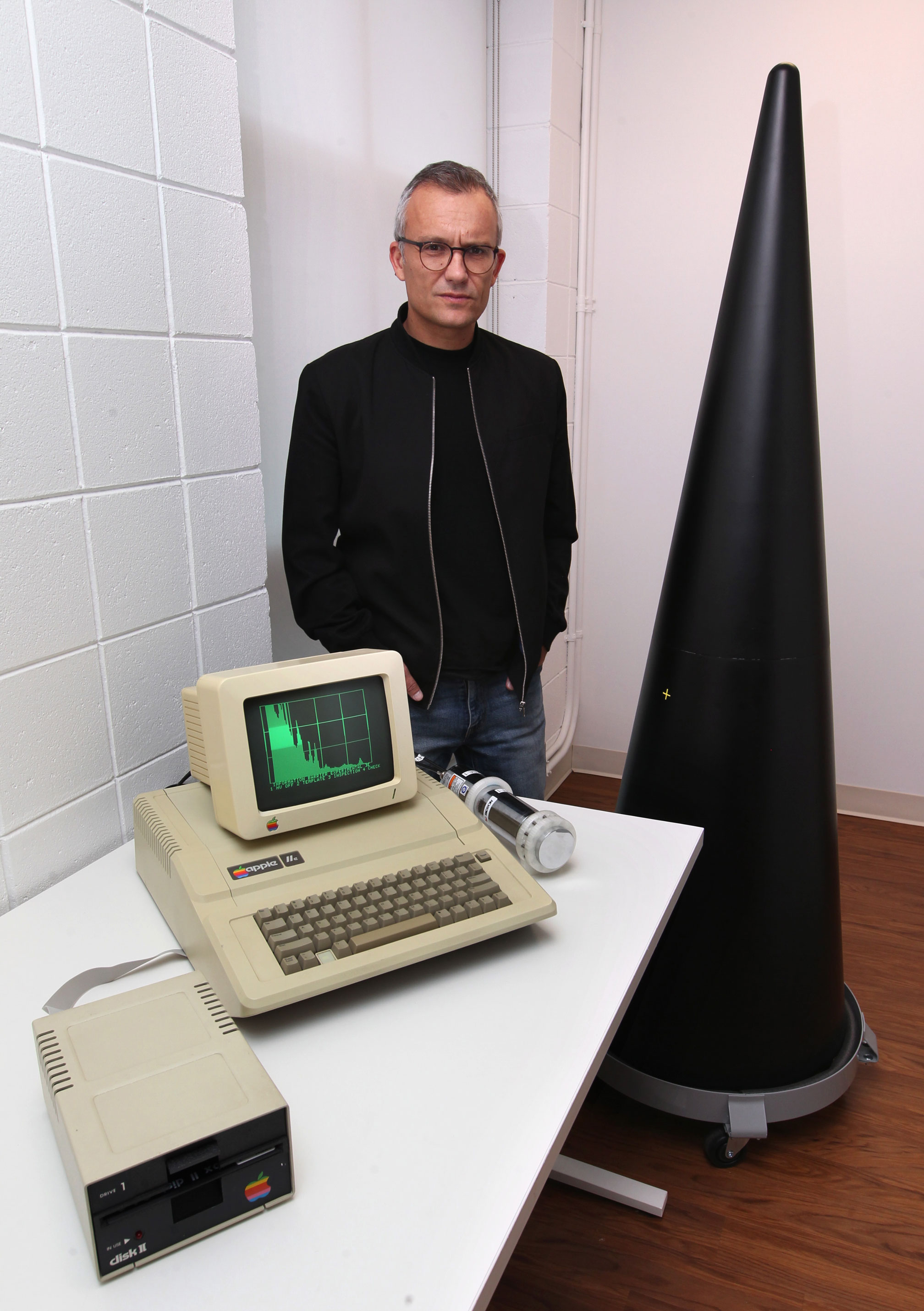 Despite numerous attempts, scientists have yet to design a trusted verification device for use in nuclear disarmament. But as Glaser and Moritz K√ºtt, a former post-doctoral research associate at Princeton, reported in October in PLOS One, an unlikely technology may be key to solving this decades-old problem: vintage electronics, specifically, simple 6502 microprocessors from the 1970s. It’s the same chip used in early home computers and arcade machines that ran games like Pac-Man.

“In terms of computing power, this is all you need,” K√ºtt said. “Because the processor is so primitive, scientists can literally check every transistor in the circuit, which could help confirm that the chip is authentic.”

Around 14,000 nuclear weapons exist in nine countries today, down from a high of around 60,000 weapons in the late 1980s. If further reductions are to be achieved, negotiators will likely need tools to verify that the U.S. and Russia are reducing their stockpiles as promised. Those two counties account for 90% of the world’s nuclear weapons, with over 6,000 warheads each, and are disinclined to take each other’s word. Dismantlement of retired weapons may therefore require verification – but how to do this is an exceedingly difficult challenge.

Starting in the 1990s, researchers tried to solve this problem by creating trusted measurement systems that act as information barriers. Such devices need to satisfy two key requirements: they must prevent classified information from leaking out, and they must not contain any hidden switches that give false readings. “Think of it as a game between two parties,” K√ºtt said. “You just can’t be sure the other side hasn’t found a way to defeat your system, especially when the resources that each party can dedicate to the task are essentially unlimited.”

Early prototypes were enormously complicated, making authentication of the device and its results difficult to verify. Simplification seemed the way forward. But possible solutions – such as a recent British/Norwegian proposal-have fallen victim to complexity.

“Someone will add a bell and a whistle here or there, and it becomes a device that, at the end of the day, no one really understands completely,” Glaser said. This is only further reinforced by the intricacy of contemporary electronics.

Glaser – a vintage video game collector who teaches a hands-on class at Princeton on nuclear disarmament – realized that the 6502 microprocessors running his favorite arcade machines could offer a solution. “We’ve been working with these chips for 40 years, so we know them in and out,” he said. “They’re so simple that it basically would be impossible to build in a backdoor.”

He and K√ºtt paired a simple radiation detector with a 6502 microchip and programmed the device to confirm that an item’s radiation signature matches an expected result by displaying a green light. Their prototype system accurately detected subtle changes in gamma-radiation signatures from standard sources that simulate warheads. All of the researchers’ designs are open-source and cost about $250. The 6502 microchip is just one possible example, Glaser said; he and K√ºtt picked it because it’s extremely simple and common, but other early processors could be candidates as well.

K√ºtt and Glaser’s work has practical value, according to David Wehe, a professor of nuclear engineering and radiological sciences at the University of Michigan, who was not involved in the research.

“Information barriers are absolutely essential if we ever hope to restart meaningful negotiations on nuclear disarmament,” Wehe said. “Scientists are rarely at the forefront during those discussions, so treaty negotiators need to have these technical arrows in their quivers.”

For now, Glaser and K√ºtt see their device as a simple proof-of-concept, but one that they hope starts a broader conversation in the international community.

“We’ve put something on the table and can now say, ‘If you really want something simple, here’s a benchmark,'” Glaser said. “‘Can you make it even simpler, or can you defeat it?'”