“I’m a Princeton engineer because I get to study the embryo, the most beautifully built system.” 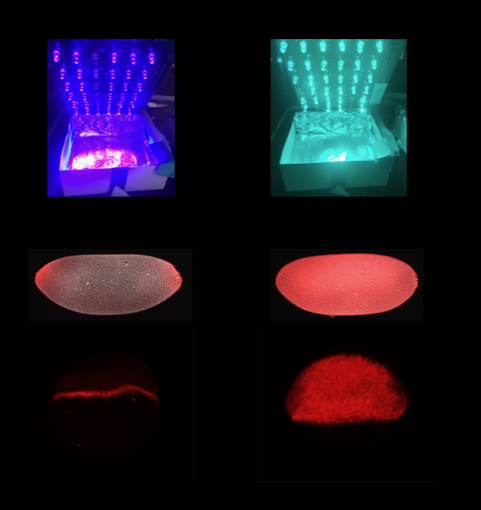 Image courtesy of the researchers

A fourth-year student, Aleena studies developmental biology. Specifically, she uses optogenetic tools that harness light to manipulate gene expression in living tissue and cell signaling in embryos. Most recently, she focused on ways to turn on and off the ERK pathway in zebrafish and fruit fly embryos. A number of developmental syndromes in children, defined as RASopathy disorders, arise from mutations in this pathway.

Such disorders can cause a variety of symptoms, including changes in skin, heart defects, problems with muscles, bones, eyesight, and learning abilities. In some cases, there is an increased risk of developing tumors or cancer. This research could help locate the origins of developmental diseases associated with deregulated ERK signaling and lead to treatments or prevention of these genetic conditions. 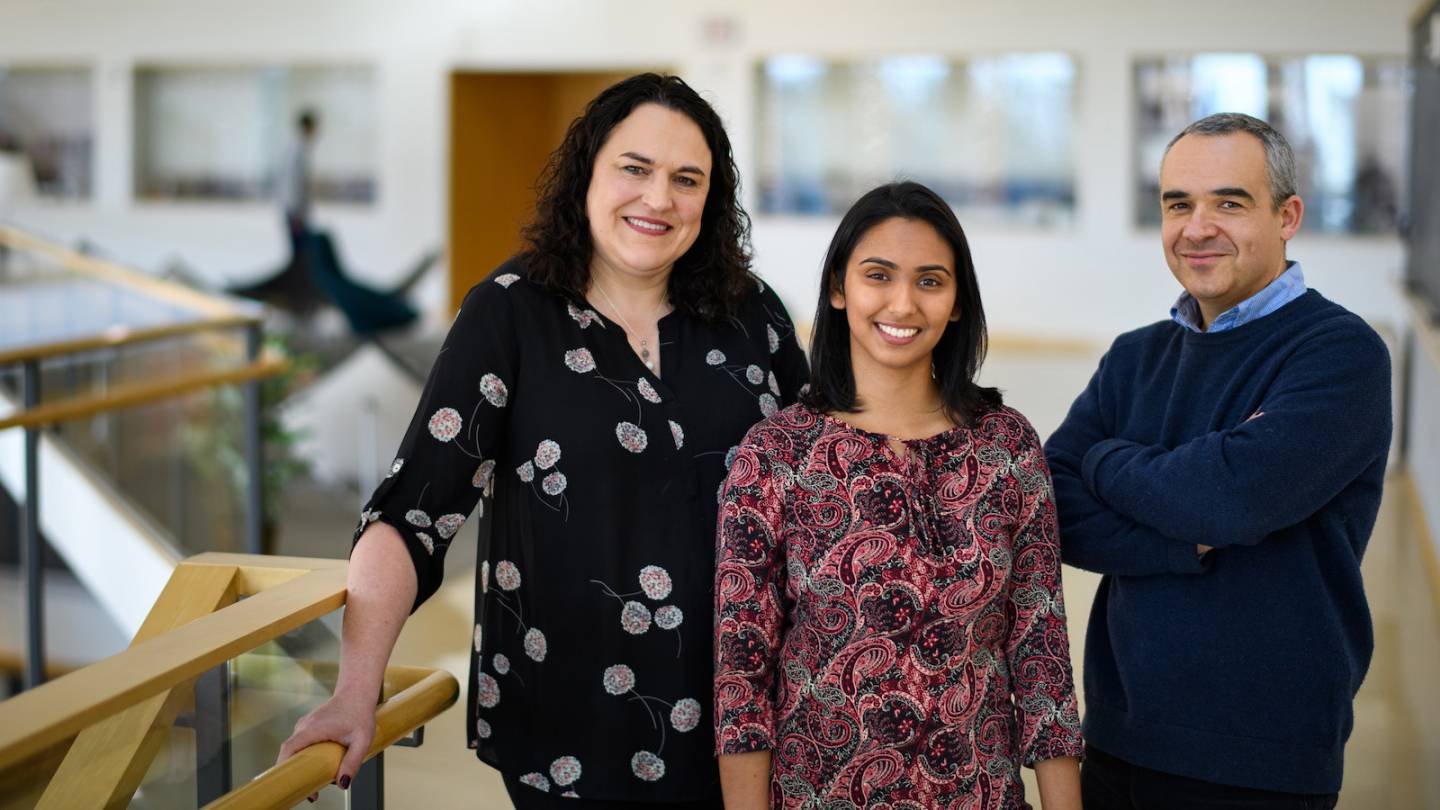 Aleena outside Professor Shvartsman’s lab at the Lewis-Sigler Institute for Integrative Genomics.

Aleena came to Princeton because she said “I felt like I could develop as a scientist here. Not only is there great research and obviously the credentials here are amazing, but I felt that faculty members were focused on encouraging me to learn how to be independent, which is what I think graduate school is all about.“ She wanted to be able to develop a project all the way through, and she felt like she would have the best guidance here.

Her research has an interdisciplinary approach, combining the mentorship of professors Stanislav Shvartsman from the chemical and biological engineering department, and Jared Toettcher and Rebecca Burdine from the molecular biology department.

Even though she grew up in the Bay Area and was exposed to an environment where there was a lot going on, she appreciates having a setting that’s calming, where she can take a walk and think. She thinks of it as retreating to an oasis of sorts. She appreciates taking walks through Princeton’s campus and just soaking in nature.

Aleena has always been intrigued by the world around her and knew from an early age that she wanted to pursue science. In high school, her science-related activities included a summer astrophysics camp in Southern California. This was her first experience surrounded by a lot of like-minded people. She learned how to code to track Near-Earth Objects (NEOs), comets and asteroids that orbit within proximity of our planet.

She went to the California Institute of Technology for her undergraduate degree. Despite CalTech’s orientation toward science and technology, its core curriculum exposed her to many different classes in her first year. She settled on bioengineering because it combined her interests in life sciences and how things are built.

She was particularly interested in understanding how physical properties of systems emerge in life. So she did undergraduate projects that ranged from physical chemistry to synthetic biology. She developed tools for mass spectrometry with an advisor who allowed her to explore different projects. That was her first experience doing independent work.

She also worked one summer at UC Berkeley engineering yeast and bacteria to generate Indigo dyes that companies use to dye jeans, which was a completely different realm from what initially interested her.

When choosing graduate school, she appreciated these different experiences in the major and had not chosen one direction. She came to Princeton because she felt that it would expose her to many opportunities and allow her flexibility to choose a research path.

She eventually found the world of developmental biology by doing a rotation in one lab that focused on biophysics. Even though it’s been a winding path, her current project is an intersection in many ways, of her entire career in science thus far.