“I’m a Princeton engineer because Princeton gives me the opportunity to conduct interdisciplinary computer science research for societal benefit.” 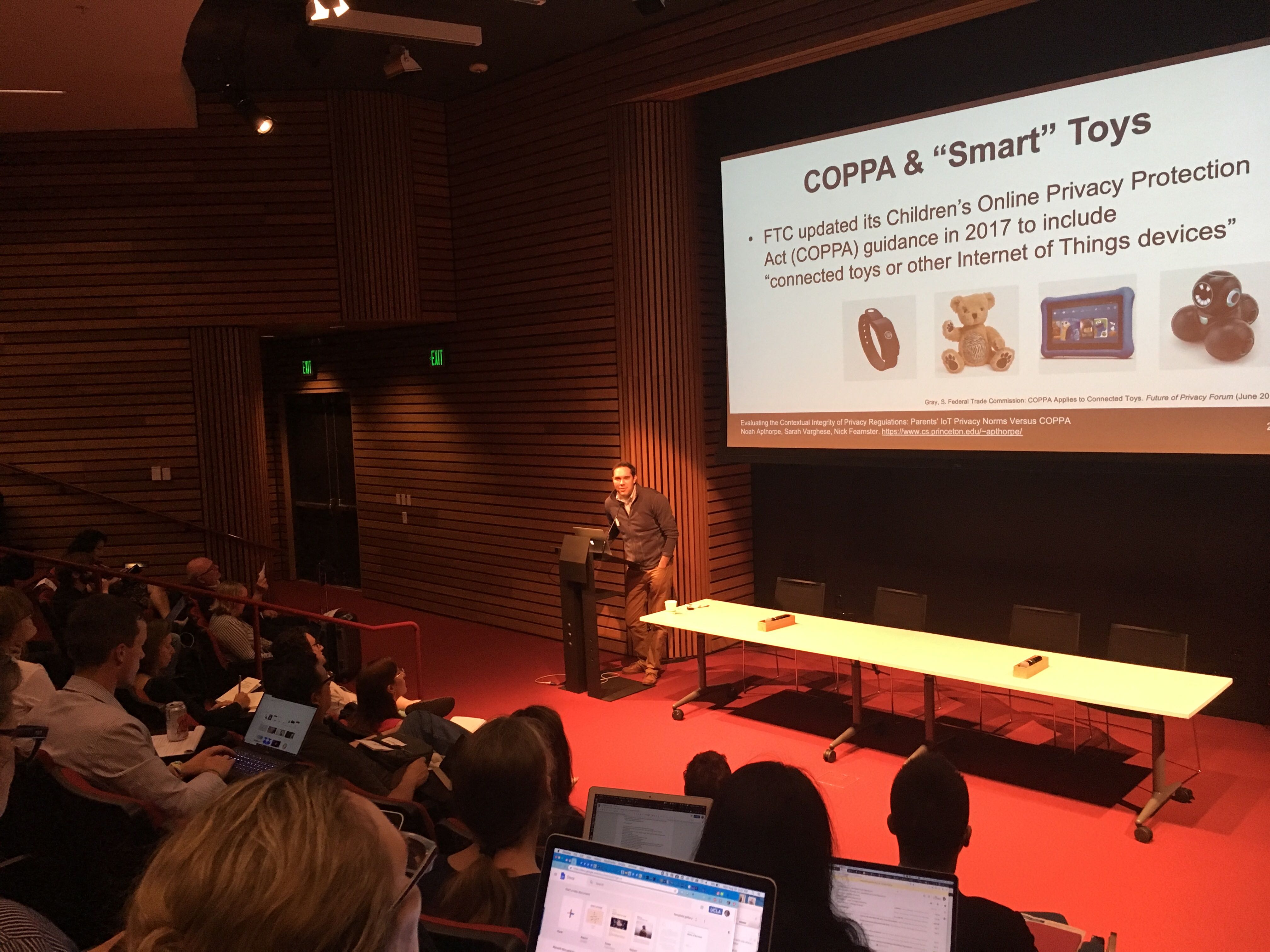 Noah presents his work at the Second Annual Symposium on Applications of Contextual Integrity.

Home appliances such as refrigerators and televisions, health monitors such as step trackers and heart monitors, and even children’s toys are now generating internet traffic data about users that can be collected and used by third-parties.

Noah’s research focuses on identifying vulnerabilities in network privacy and security that result from this influx of new connected technologies, known as IoT or internet of things. He uses an interdisciplinary approach, combining interviews, surveys, and technical analyses of internet traffic.

In one study, he found that toys, were transmitting the ages, genders, and locations of children to a third-party company responsible for crash reporting and maintenance. Such research provides a broad view of IoT privacy concerns and helps generate recommendations for device manufacturers, regulators, and consumer advocates.

Noah is also interested in applying machine learning to noisy biological data. He has used convolutional neural networks, to automate detection of individual neurons at near-human accuracy and at superhuman speed. The emergence of a technique called calcium imaging has allowed the monitoring of thousands of neurons simultaneously, but automating neuron detection has been a significant challenge. Calcium imaging is important for understanding neuronal interactions in the intact brain, as well as understanding functional changes of single neurons and neuronal networks. Research using these studies and machine learning may aid a better understanding of brain development, create new avenues for physiological experiments, improve pharmacology, and help diagnose and treat neurological disorders such as Alzheimer’s.

Presenting a poster of his work “A Smart Home is No Castle: Privacy Vulnerabilities of Encrypted IoT Traffic,” at the Network and Distributed System Security Symposium (NDSS).

Noah came to Princeton because he was excited about the Center for Information Technology Policy, which is a joint center of the Princeton School of Public and International Affairs and the School of Engineering and Applied Science. “But even more generally, I really enjoy computer science research that interfaces with society and with individuals and public policy. And this is a really good place to do that […] in a way that was engineering forward.”

He said the resources available to graduate students “are just amazing,” from academic resources, such as computer science department events, to resources for professional development, such as the Dean’s Fund for Professional Development, and for learning how to improve your teaching, McGraw Center for Teaching and Learning. He also noted support “for even just going and finding social things to do with students that are available every week” (such as the Graduate College events calendar).

Teaching high school students principles of artificial intelligence through the AI4All program is rewarding for Noah.

Outside of research, Noah enjoys being a mentor and teacher with Princeton’s AI4All. This program, co-directed by professors Edward Felten and Olga Russakovsky, aims to increase diversity and inclusion in the field of AI by educating high school students about the field through workshops, mentoring, social events, and experience taking part in AI lab projects.

He’s also president of the Graduate Student Government (GSG), where he has met graduate students from across Princeton. In GSG, student representatives from every department sponsor events  and act as a unified group to bring graduate student concerns to the administration. 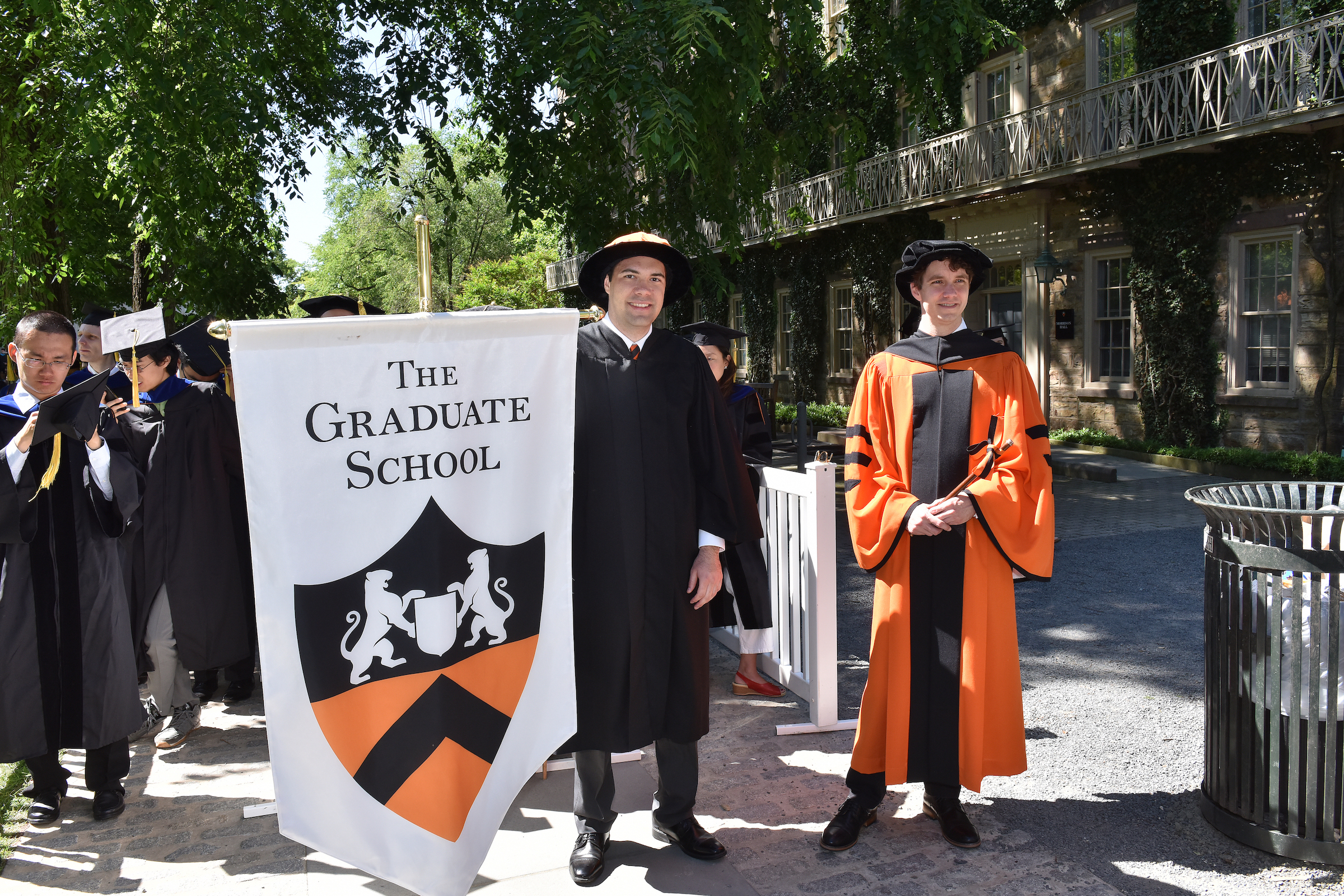 Noah carries the flag of the Graduate School during commencement.