"I’m a Princeton graduate student because when I visited I felt that people were very open. There was a sense of excitement in the air, which I didn’t feel in other places as much.” 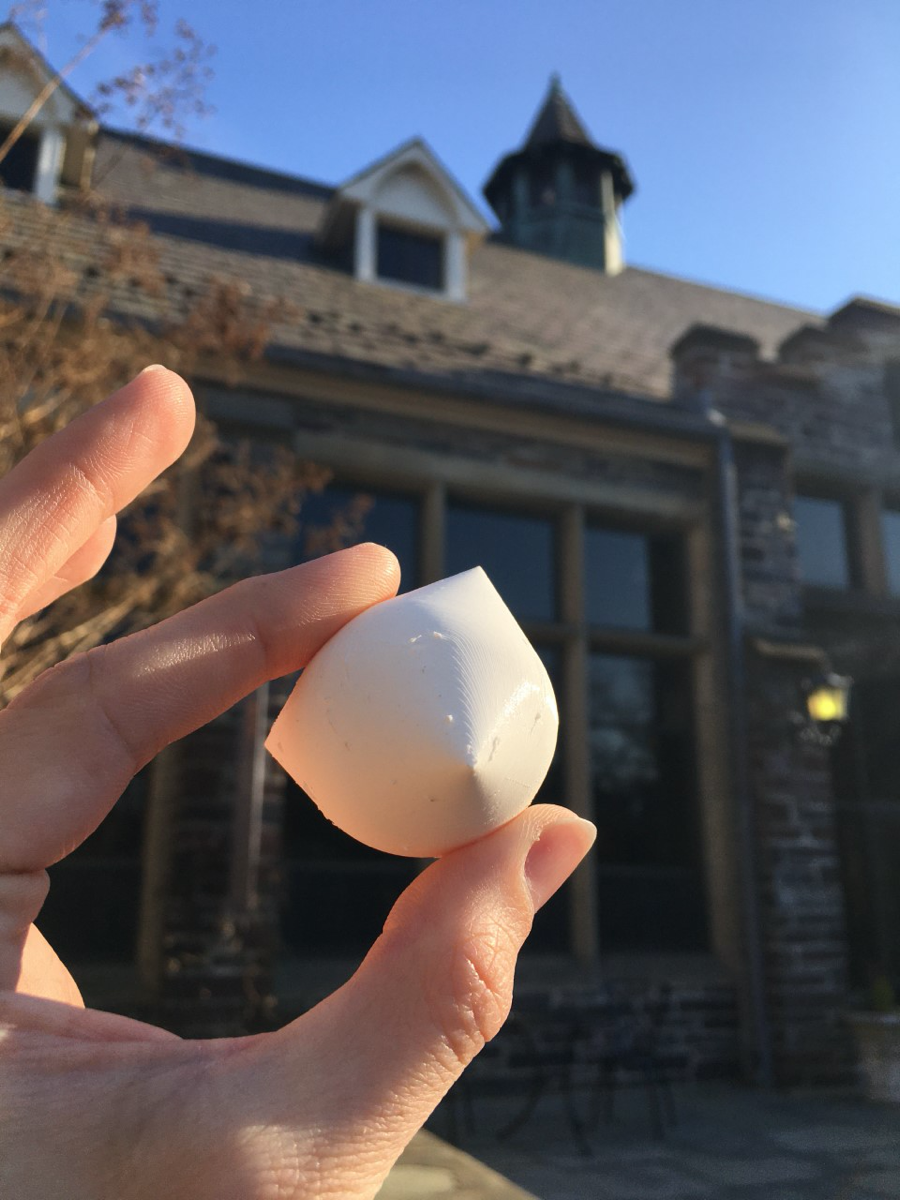 Geometric shape called a cap body is an example of an optimal shape with an unusual structure.

In convex geometry, he tries to understand which geometric shapes are optimal in a certain sense. For example, a water droplet looks like a round ball because this is the shape with the minimal surface area among all shapes of equal volume. There are other problems in convex geometry however where there is no one single optimal solution, and furthermore, the optimal shapes have unusual structures (see image left). Yair’s work focuses on such problems in convex geometry where mathematicians conjectured what the optimal shapes should be, but were not able to prove these conjectures. He and van Handel solved some of theses conjectures but other questions remain open. “Convexity in general is an important mathematical property because a lot of problems in optimization and statistics that are tackled in the real world are easier to solve when they possess convex structure,” he said. Among the real-world applications of convex geometry is the imaging technique of tomography, which uses x-rays or ultrasound to visualize a cross section of the human body or other solid object.

His other area of research, high-dimensional probability, concerns the phenomena where random systems with a very large number of degrees of freedom exhibit surprising order and regularity. For example, high-dimensional systems might be many particles that interact with each other, or a data set that has many features. While the expectation might be that the behavior would be extremely complicated because of so many features, the opposite is often true. The more features, the more alignment one often sees between features. Specifically, Yair has worked on different aspects of the normal distribution (bell curve), which is one of the most important instances of high-dimensional probability.

Yair came to Princeton for two reasons: First, he “heard very good things about his current advisor from one of his professors at MIT.” Second, he said, “I felt that people were very open. There was a sense of excitement in the air, which I didn’t feel in other places as much. And I liked that.”

And even though he studies quite theoretical topics, he said that he has “benefited a lot from the environment of the department, because I’ve been exposed to more applied work, such as statistics and optimization.” And he has liked that he was not “isolated in a bubble, where he just does his own theoretical work.”

For fun, Yair enjoys being part of the Soaring Tigers, where he is learning to become a glider pilot. He also participates in Princeton’s Tango Club, which offers free lessons throughout the year.

He also benefits from the beauty of Princeton’s campus. “If you are in the mood to work, this is a fantastic environment,” he said. “There are many nice places on campus where you can sit and work peacefully—the Chancellor Green library is one of my favorites.”