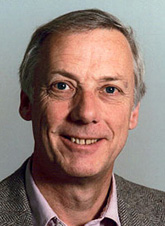 Tim started his professional career in 1969 as a Senior Mathematician with the Plessey Company at the Roke Manor Research Laboratories in Romsey, England. At Plessey, he carried out theoretical analysis of digital communication systems.

In 1973 Tim joined the Aircraft Research Association in Bedford, England, where he began research on problems in theoretical and computational aerodynamics. He was a key contributor to the development of several computational methods used by the British aerospace industry for prediction of transonic flow. Starting in 1979, he was the head of the Theoretical Methods group, responsible for a team of five scientists.

In 1982, Tim joined Princeton University in the Department of Mechanical and Aerospace engineering. Thus began a long and fruitful collaboration with Professor Antony Jameson. Tim took the leadership in the development of advanced grid generation techniques suitable for meshing around complex geometrical configurations such as a full aircraft; he quickly became one of the worldwide leading experts on the generation of both structured and unstructured meshes.

Together with Antony Jameson and Nigel Weatherill he published, at the AIAA Aerospace Sciences meeting in Reno in January 1986, a description of what is believed to be the first computer program that could solve the three-dimensional Euler equations for arbitrary configurations using unstructured meshes, and its application to calculate the air flow past a Boeing 747. We believe that this was also the first use of Delauney triangulation for mass generation in computational aerodynamics.

This was truly a path-breaking achievement. Back then, our departmental computer — an IBM 4341 — had a computing speed of about .15 megaflops, and had recently been upgraded from 2 to 4 megabytes of memory. Its components were distributed in separate cabinets, which filled a large room. It was clearly inadequate for the task at hand. We could access the University IBM 3080 computer, but its cost of more than $1,000 per CPU hour was prohibitive.

Fortunately we had developed a good working relationship with Cray Research. John Rollwagen of Cray agreed to give us access to Cray’s in-house XMP computer to support the development of the code. In order to take advantage of this offer, Tim and Antony had to fly every few weeks to Minnesota, where they were given unrestricted access to the CRAY computer between midnight and 6 a.m. during weekends. It goes without saying that many stories of these “all-nighters” weekends are still recounted 20 years later.

Building on this success, Tim continued the development of mesh generators, researching problems in mesh quality and mesh adaptation; he was an invited speaker at several International Symposia on grid generation, which cemented his leadership in the field.

In the 1990s, parallel to the work on unstructured grid generation, Tim also developed a clever H-mesh grid generator. When coupled with Jameson’s FLO57, this produced the computer code named HFLO, which was extensively used by Susan Cliff at the NASA Ames Research Center for the analysis and the design of advanced configurations of Supersonic Aircraft (SST).

Tim also was a gifted teacher. Since 1988 he lectured regularly on Mathematical Methods for Engineering at both the undergraduate (MAE 306) and graduate (MAE 501) level. He was extremely generous with his time and conducted countless pre-general interviews and general examinations. His door was always open and was always ready to mentor graduate students.

His colleagues will miss not only Tim’s scientific insight, but also his gentle personality and especially his wit.