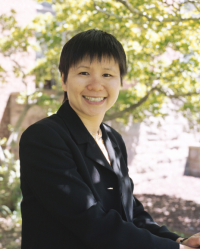 With the goal of saving lives and preventing environmental and structural damage during real tsunamis, Princeton Engineering researchers created experimental mini-tsunamis in Oregon this summer.

Existing models for predicting the impact of tsunamis focus on the incoming rush of water while largely ignoring the effect of the powerful forces that a tsunami wave can exert on the earth beneath when it draws back into the ocean.

“This was the first experiment of this kind and it will allow us to develop a realistic model to show us what really happens to the sand during a tsunami,” said Yin Lu “Julie” Young, an assistant professor of civil and environmental engineering at Princeton University’s School of Engineering and Applied Science.

Young said that knowing how to construct buildings that stay in place during a tsunami would be especially crucial to survival in certain locations, such as the Waikiki Beach in Hawaii.

“This is absolutely necessary in a place like Waikiki because in the event of a tsunami there is no place to run,” she said. “It is too populated and the near-shore bathymetry [the topography of the ocean bed] is too flat. The building has to stay intact so that people can evacuate vertically.” 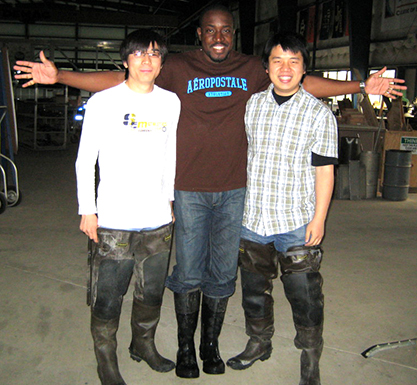 Young and her colleagues created model-scale tsunamis at Oregon State University’s Tsunami Wave Basin, the largest experimental facility dedicated to the study of tsunamis in North America. She is the lead investigator from Princeton on the study of tsunami-induced sediment transport, part of the larger NSF-sponsored Network for Earthquake Engineering Simulation (NEES) program.

The experimental wave bed consisted of two flumes, each about 7 feet wide with a base of natural Oregon beach sand. It took three weeks of hard work to set up an experimental mini-tsunami, where each wave lasted only a few minutes, according to Young. “It is a difficult and time-consuming experiment to run due to the difficulty with sand, which changes the bathymetry with every wave,” she said.

The OSU wave generator produced large waves that – like a tsunami — had only a crest and no trough. The concrete walls of the flumes had built-in windows that allowed Young and fellow researchers to observe and videotape the action underwater. Four cameras perched overhead also recorded the experiments.

The ultimate goal of Young’s experiments this summer is to establish “performance-based tsunami engineering” – basically guidelines for building structures that will withstand tsunamis.

Young and her colleagues are particularly interested in the study of enhanced sediment transport and potential “liquefaction” of the soil, which occurs when a tsunami wave recedes and exerts a sudden decrease in downward pressure on the saturated land; this in turn can cause the sand to liquefy and to flow out as a heavy slurry. Liquefaction can lead to the eventual collapse of buildings, highways or bridge abutments. Tsunamis can also cause landslides and the formation of gigantic potholes called “scours,” which can force underground oil pipelines to pop, resulting in environmental damage.

Most previous tsunami experiments have taken place over smooth, rigid, impervious bases such as glass, steel or concrete and thus have failed to take into account how the wave can profoundly alter the ground beneath it.

The problem of sediment transport is especially complex because of so many variables in the dynamics of sand and water, according to Young. “Sediment transport during tsunamis hasn’t been studied well at all,” said Young. “We plan to use this research to create a benchmark test that everyone can use to compare their numerical predictions. Ultimately we want to come up with a design procedure that can give a sense of the risk and the reliability of a structure and its foundation.”

Young’s research this summer was part of a larger NSF-funded project known as NEESR-SG: Development of Performance Based Tsunami Engineering (PBTE). Young is co-principal investigator on that project and her collaborators include Ron Riggs, Ian Robertson, and Kwok Fai Cheung of University of Hawaii at Manoa, and Solomon Yim of Oregon State University.

Young was assisted in her research this summer by Princeton Engineering graduate students Xiao Heng, Tan Ting, and Sun Waiching. Adedotun Moronkeji, an undergraduate from the University of Missouri-Rolla, also assisted in the research as part of the NSF-funded Research Experience for Undergraduates program. Trevor Clark, a high school student from Oregon, helped with the experiments and processing the video of the experimental waves.