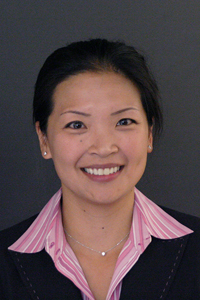 Lynn Loo, associate professor of chemical engineering, has been awarded a 2008 Sloan Research Fellowship. These highly competitive two-year fellowships, which provide $45,000 in research support, “are intended to enhance the careers of the very best young faculty members” in targeted areas of science.

She received the Beckman Young Investigator Award in 2005 and in 2004 was named one of Technology Review’s Top 100 innovators.