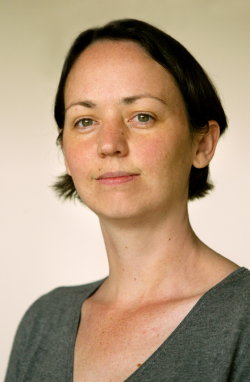 Two Princeton engineering faculty have been named to Technology Review Magazine’s list of the top 35 young innovators for 2010.

The magazine lauded Nelson for her research into how organs such as the lungs or kidneys develop the complex branching structures of their internal anatomy.

Nelson developed a laboratory technique for growing structures from simple shapes that mimics the process by which embryonic tissue develops into organs. She found that the initial shape of the structure played an important role in how molecules communicate with each other and the final patterns that develop.

“Other researchers had previously theorized that geometry matters in tissue development,” Technology Review wrote. “But Nelson’s technique – adapted from a process originally used to make computer chips – allowed her to prove it for the first time, and to spell out the mechanism involved.”

Nelson and her colleagues have identified several genes that must be present for organs to develop normally. By studying how these genes control development, she hopes to find ways to fix abnormal development and possibly develop techniques for growing replacement organs. 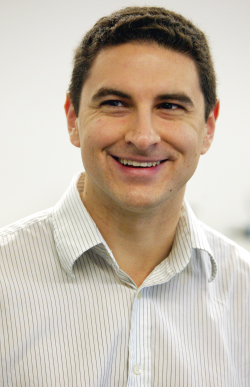 The magazine noted McAlpine’s work to develop power-generating rubber films that could harness energy from natural body movements such as breathing and walking.

“Michael McAlpine has developed a flexible material that produces record amounts of energy when subjected to mechanical pressure,” the magazine wrote. “It could turn the action of a patient’s lungs into enough energy to power an implanted medical device; forces produced by walking around could be sufficient to drive portable electronics.”

McAlpine constructed the material by embedding ceramic nanoribbons onto silicone rubber sheets. The nanoribbons are made of lead zirconate titanate (PZT), a ceramic material that is piezoelectric, meaning it generates an electrical voltage when pressure is applied to it. When mounted on the silicone, the PZT generates electricity when flexed and is highly efficient at converting mechanical energy to electrical energy.

“So far McAlpine has made only small pieces of the material,” the magazine wrote, “but he is now scaling up the process to make larger wafers suitable for use in implanted electronics.”

Conor Madigan, a Princeton engineering alumnus who graduated in 2000, also made the TR35 list. Madigan is the cofounder and CEO of Kateeva, a startup company that is working to lower the cost of television displays based on organic light-emitting diodes, or OLEDs.

Madigan “is working to drive down the cost of these displays as the CEO and cofounder of a Silicon Valley startup called Kateeva, which is developing efficient machinery for printing pixels over large areas,” the magazine wrote. “The technology makes it possible to manufacture OLED screens at 60 percent of the cost of LCD screens.”

Since 1999, the editors of Technology Review have honored young innovators whose inventions and research they find most exciting. The TR35 list honors technologists and scientists from a range of fields whose work promises to have an impact on people’s lives.