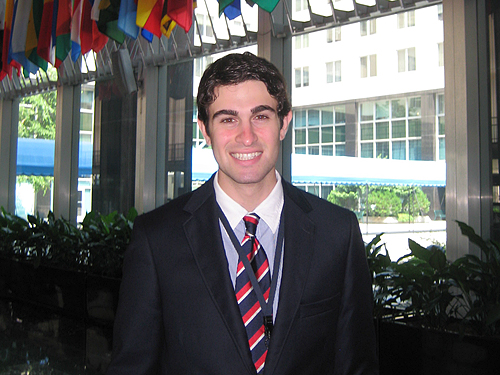 In his first year out of Princeton, Michael Konialian helped the U.S. State Department advance international cooperation to address climate change and reduce the risk of dangerous materials from nuclear reactors falling into the hands of terrorists.

“It has opened my eyes to the sheer amount of meaningful work done by the government,” said Konialian, who graduated from Princeton with a degree in mechanical and aerospace engineering in 2009. “It also helped me understand how all the pieces fit together, whether it’s mitigating climate change or enhancing nuclear security.”

Konialian is the second Princeton engineering graduate to participate in the Scholars in the Nation’s Service Initiative, a program that combines government service with graduate studies at Princeton’s Woodrow Wilson School of Public and International Affairs.

Participants in the program complete a government internship between their junior and senior years at Princeton. After graduation they serve in the U.S. government for two years before returning to Princeton to complete a two-year master in public affairs program in the Wilson School. 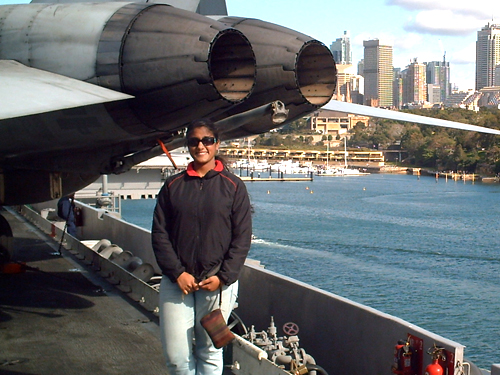 Ishani Sud, the first engineering graduate to participate in the program, has returned for her graduate studies after two years of working as a technology analyst in Washington, D.C. She found that her training as an engineer put her in demand during her stint in government service.

“They really needed me to get to work right away,” she said. “There are so many problems that are going to need to be tackled. The government needs people who understand technology to develop many of the solutions.”

Konialian started his two years of service working for the U.S. State Department in the United Kingdom where he worked to enhance cooperation between the United States and the United Kingdom on alternative energy development and analyzed the U.K. government’s climate change policies.

He worked closely with British scientists and government officials to develop connections between U.S. universities and government agencies and their counterparts in the United Kingdom. He focused on efforts to develop technologies that capture carbon emissions from burning fossil fuels and store that excess carbon underground, thus preventing it from entering the atmosphere.

His second post is with the State Department Office of Nuclear Energy, Safety and Security in Washington, D.C., where he focuses on policies intended to prevent terrorists from obtaining highly enriched uranium and radioactive sources used in civilian nuclear plants.

“Basically, the office works to prevent the bad guys from getting access to nuclear materials,” he said.

We know what economic and policy mechanisms are needed and have the technological platform, but we have to get everyone working together to make it all work.”

When he returns to Princeton, Konialian plans to focus his graduate

studies on issues at the intersection of science and international relations. “The program has enabled me to focus on the topics that interested me most,” he said, “and given me great latitude to pick the type of work I want to be doing.”