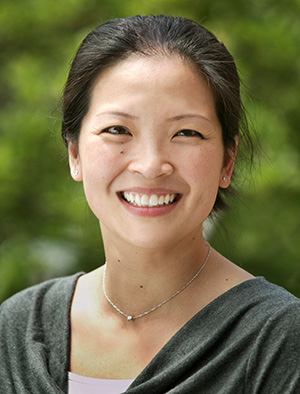 Yueh-Lin (Lynn) Loo, a professor of chemical and biological engineering at the School of Engineering and Applied Science, has been named a Young Global Leader by the World Economic Forum.

Loo, the deputy director of the Andlinger Center for Energy and the Environment, is a leader in the study of organic and polymer electronics. Her research explores the ability to use plastic and organic materials to make flexible and inexpensive electronic devices, including an effort to use plastics to make low-cost systems that convert sunlight into electricity. In 2010, she was one of five scientists who made IDEAS Lab presentations at the World Economic Forum’s “Annual Meeting of the Young Champions” in China.

Loo said she was honored to be named a Young Global Leader and hoped to use the designation “as a platform to look at ways to develop technologies for renewable energies and disseminate them widely.”

The World Economic Forum named 192 Young Global Leaders from 59 countries this year, including 37 from North America. In its March 6 announcement, the Forum said recipients are honored for “their professional accomplishments, commitment to society and potential to contribute to shaping the future of the world.” Past recipients include Larry Page, the co-founder and CEO of Google, and David Cameron, the British prime minister.

Loo received the 2010 John H. Dillon Medal from the American Physical Society and was a Sloan Research fellow. After earning her doctorate in chemical engineering at Princeton in 2001, Loo taught at the University of Texas at Austin before returning to Princeton as an associate professor in 2007.