David Wentzlaff devotes most of his research to designing new computers, but this year his team did something different: They developed a tool that allows others unprecedented ability to create their own sophisticated computer chips.

Wentzlaff and his team created the system, called OpenPiton, after they realized there were almost no simple ways for chip designers – outside major corporations – to experiment with complex “manycore” systems, which have many processing units on the same chip.

“OpenPiton allows them to do all the research, from start to finish, using a single platform,” said Jonathan Balkind, a graduate student in Wentzlaff’s team.

The project’s name comes from Wentzlaff’s passion outside the laboratory: mountaineering. A piton is a spike driven into rock to assist climbers on an ascent. The name OpenPiton reflects the team’s desire to offer tools that help others develop their ideas.

“We want to give people the tools they need to develop their own manycore processor designs,” said Wentzlaff, assistant professor of electrical engineering. “OpenPiton is a first of its kind and by opening up our designs to people around the world we hope to spur huge innovation.”

In recent years, the performance of a single processor core has stopped increasing. So designers have increasingly begun using multicore and manycore systems that rely on spreading out computation across multiple separate processor cores.

“Instead of having faster cores, you have more of them,” said Mohammad Shahrad, another of Wentzlaff’s graduate students.

Multicore and manycore systems require careful coordination among the cores to function properly, so their designs are often more complex than uni-processor systems. Wentzlaff said until now there was no training program or reference design available for students or independent designers to build their own or experiment with multicore or manycore processors. His team tested OpenPiton by developing and fabricating a chip with 25 cores. The OpenPiton framework is available through the lab’s website (http://parallel.princeton.edu/openpiton/).

“Anyone, whether researcher or hobbyist, can use it,” Shahrad said. “It is completely open-source. That’s the goal of the project.” 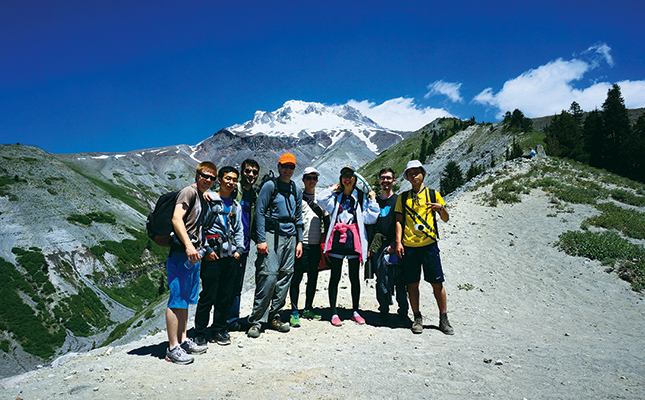