Emily A. Carter, the dean of the School of Engineering and Applied Science, is the recipient of the American Chemical Society's 2018 Award in Theoretical Chemistry.

Carter, the Gerhard R. Andlinger Professor in Energy and the Environment, was recognized for pioneering work in theoretical physical chemistry that allows scientists to predict the behavior of molecules and materials under conditions that are difficult or impossible to probe experimentally. The award citation from the American Chemical Society (ACS) recognized Carter’s “pioneering development of orbital-free density functional, embedded correlation wave function, and efficient multireference wave function theories, applied to diverse sustainable energy phenomena and materials design.”

Based on the fundamental laws of quantum mechanics, Carter’s research develops tools to evaluate the behavior of matter without experimental information. The tools, which are validated against measurements, allow scientists to predict atomic and molecular behavior and scale these predictions to larger systems. She has developed new methods and algorithms and has also applied these methods to specific problems. A particular focus of her work is sustainable energy. In recent years, Carter’s work has been applied to fuel cells, biofuels, solar power, the efficient formulation of industrial chemicals and the use of lightweight metal alloys in vehicles and fusion reactors. 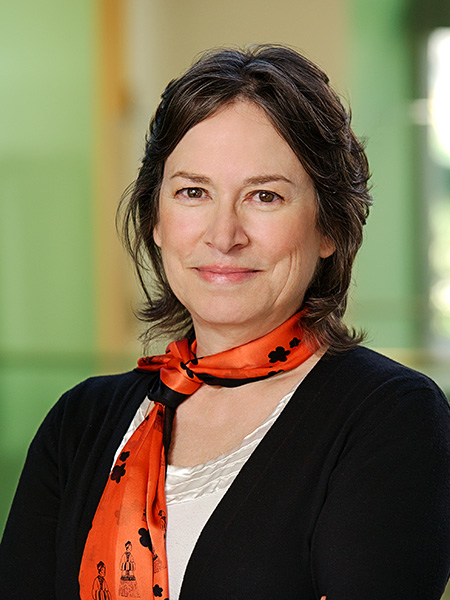 Carter, who is also a professor of mechanical and aerospace engineering and applied and computational mathematics, told the ACS that in the next decade, she hopes to “help efficient generation of renewable fuels needed for heavy-duty transportation from photo- or electro-catalysis become a reality. Second, to use my position as an administrative leader to improve the climate in physical sciences and engineering such that an increasing number of talented people of all backgrounds choose to make our disciplines their life’s work.”

“Professor Carter is one of the world’s leading developers of new theoretical methods for chemistry and materials,” said Mark Gordon, the Frances M. Craig Distinguished Professor of Chemistry at Iowa State University. “The models she has developed have enabled the accurate theoretical study of a broad array of important grand-challenge problems, such as the discovery and design of molecules and materials for sustainable energy. Her insightful analyses of phenomena that range from surface science to photovoltaics and photocatalysis to metal-oxide semiconductors are legendary.”

Before being named dean, Carter served as the founding director of the Andlinger Center for Energy and the Environment from 2010 to 2016.

The author of over 370 scholarly papers, Carter has delivered more than 500 invited lectures worldwide. Among other honors, she is the recipient of the Irving Langmuir Prize in Chemical Physics from the American Physical Society, the Joseph O. Hirschfelder Prize in Theoretical Chemistry from the University of Wisconsin-Madison, and the Award for Computers in Chemical and Pharmaceutical Research from the ACS.

Recipients of this year’s national awards from the ACS are scheduled to be honored at the society’s national meeting in New Orleans on March 20.