Clifford Brangwynne's research begins with basics. What makes up the tiny structures in cells? How do they grow? How do they interact?

As long as climate change has been in the news, carbon capture and storage has been part of the discussion.

But so far, it largely hasn’t been put into practice at coal-fired power plants and cement manufacturing facilities – two of the major emitters of carbon dioxide – because of carbon capture’s expense.

Now, a team of Princeton Engineering researchers has developed a method based on theoretical calculations they believe could drive down the cost of carbon capture. Rather than the common method of absorbing the carbon dioxide in a liquid chemical solution like amine, the researchers, led by Claire White, propose using a sheet of mineral material to which the CO2 sticks. 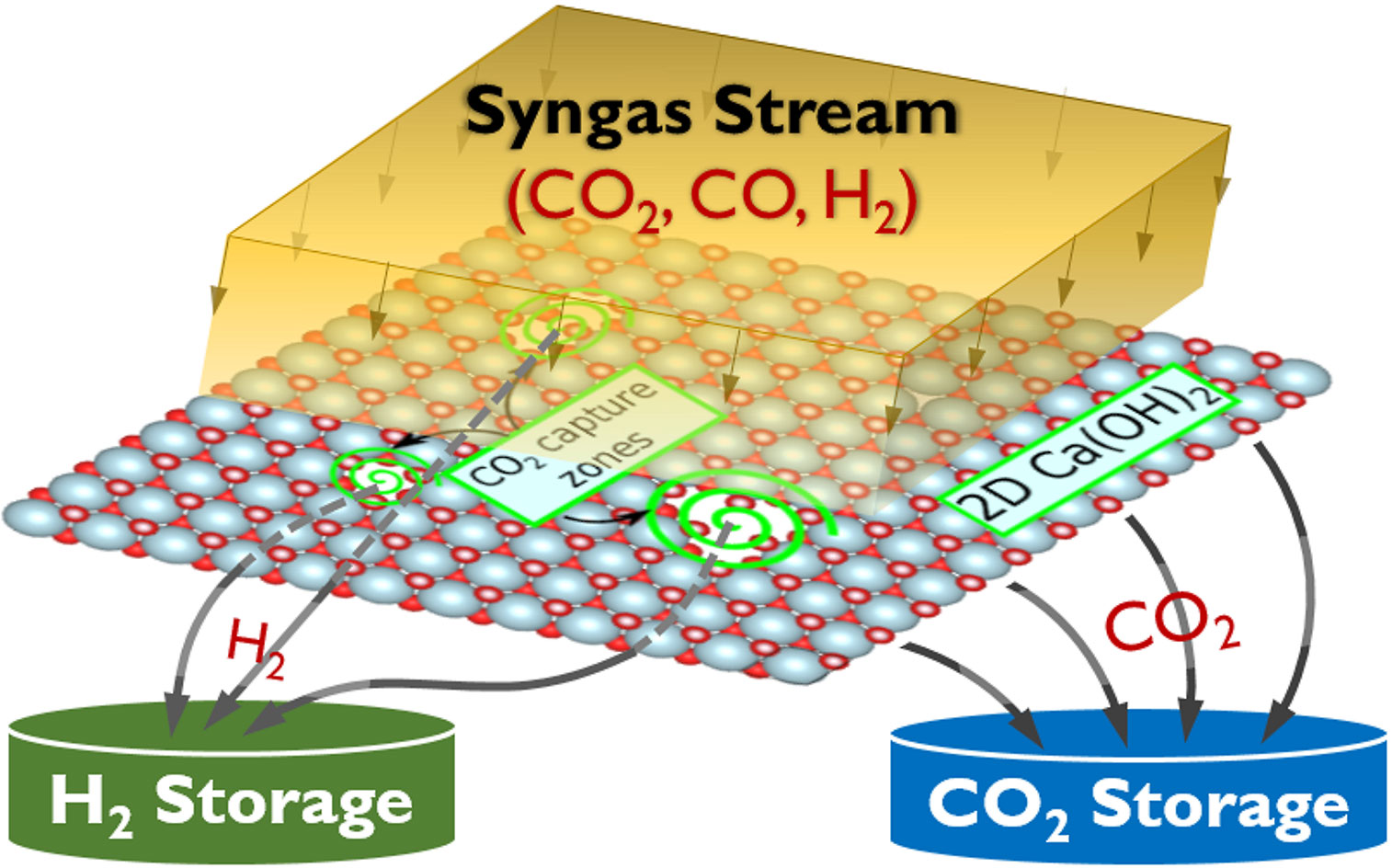 That, she said, is likely to make it easier and less expensive for the carbon dioxide to then be pulled off the material for storage. The material itself is reused for further carbon capture.

White is an assistant professor of civil and environmental engineering and the Andlinger Center for Energy and the Environment, Princeton University. The lead author on the paper, published last month in the journal Nano Letters, is Ongun Ozcelik, a postdoctoral researcher. The other author is graduate student Kai Gong.

The material they use for the carbon dioxide capture is portlandite, which is made by heating limestone and then soaking it in water. The researchers “peel” the material into atomically-thin layers to increase the surface area and therefore the material’s ability to capture CO2. The team has calculated that further tweaks to the material could allow for even more carbon dioxide to be captured, Ozcelik said.

“What this theoretical study shows is that you can design new materials that hopefully don’t require so much energy for rejuvenation, and therefore retain most of the energy efficiency of the entire plant when you do carbon dioxide capture,” White said.

It would be for someone else to try and commercialize this research, the team said. Although further study is needed, Ozcelik said a promising feature of the new material is that it would not require exotic ingredients. “The raw material is widely available.”

The research was funded in part by the National Science Foundation, along with the Andlinger Center for Energy and the Environment. The calculations were performed on computational resources supported by the Princeton Institute for Computational Science and Engineering (PICSciE) and the Office of Information Technology’s High Performance Computing Center and Visualization Laboratory at Princeton University.