The Graduate School has presented eight graduate students, including two engineering students, with its annual Teaching Awards in recognition of their outstanding abilities as teachers. 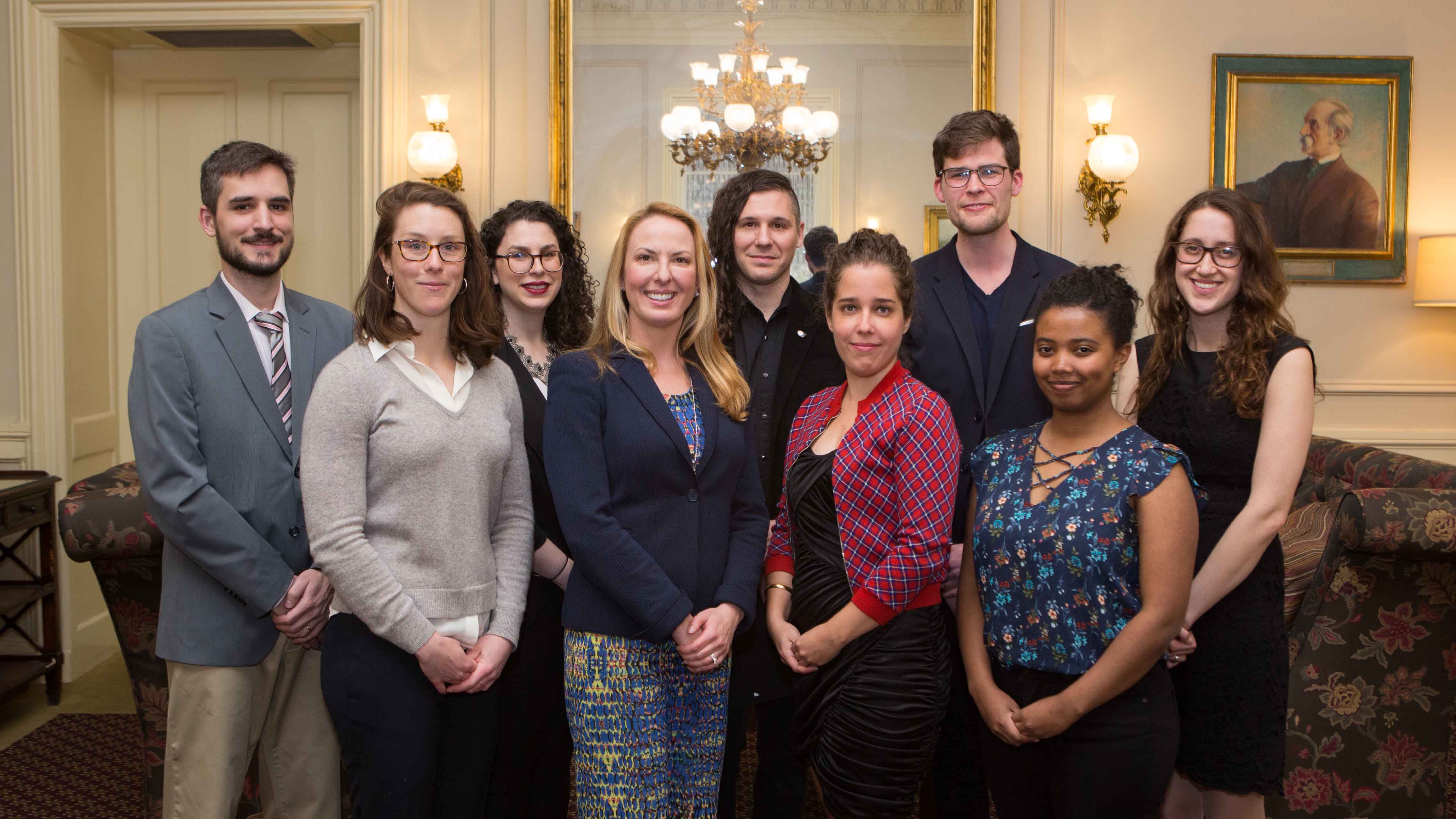 Winners were selected by a committee chaired by Cole Crittenden, deputy dean of the Graduate School, and comprising the academic affairs deans and staff from the McGraw Center for Teaching and Learning. The nominations were made by academic departments and programs.

The winners from the School of Engineering and Applied Science are:

Lemma is a second-year doctoral candidate in chemical and biological engineering. She was nominated for her work teaching “Introduction to Chemical and Biological Engineering Principles.”

“Annabel committed an extraordinary amount of time assisting the students with the course material, and she was an approachable and valuable resource for students who had just begun the engineering curriculum or had recently declared CBE as their intended major, which are often two times of high anxiety in an undergraduate’s education,” said Mark Brynildsen, associate professor of chemical and biological engineering.

Students said Lemma distinguished herself as an instructor through her accessibility, her patient and detailed explanations and her calming influence. “When I confided in her, Annabel helped me assuage my fears in adjusting at Princeton and the rigor of the engineering program,” said a student. “She reassured me that everything would work itself out and explained how everyone felt overwhelmed and that I should not worry too much.” Lemma expects to finish her degree in 2021.

Taunay is a fourth-year graduate student in mechanical and aerospace engineering. He served as an AI for “Microprocessors for Measurement and Control,” “Aircraft Flight Dynamics” and “Automatic Control Systems.”

Michael Littman, professor of mechanical and aerospace engineering, said Taunay learned how to design the microcomputer for his class ahead of time and guided students to develop their own designs. “The trick in instruction is to guide – not do it,” Littman said. “I was very impressed with his skills as an instructor.”

Said a student: “I’ve had Pierre-Yves as a TA for two classes now, and each time, his kindness, enthusiasm and hard work have made him stand out as an exceptional TA.” Commented another student: “The duration and difficulties of [Microprocessors for Measurement and Control’s] final project was making everyone involved frustrated – except for Pierre-Yves. We wouldn’t have been able to complete our project without him.” Taunay expects to finish his degree in 2020.