Joining members of the engineering faculty in welcoming members of the Class of 2022, Dean Emily A. Carter told gathered students that they would make discoveries and create opportunities "that we can't even think about today."

Princeton offers students the opportunity to “get involved in the challenges of our time,” Carter, the Gerhard R. Andlinger Professor in Energy and the Environment, told the crowd in the Friend Center courtyard Monday afternoon. Through classes, activities and research, students have a chance to address climate change, global health and cyber security. Carter called on the students to apply the fundamentals they would learn at Princeton to find new and surprising solutions to the questions that face society in the 21st century.

“By choosing to become an engineer, you really have the ability to make a difference in the world,” Carter said, “to improve and sustain the quality of life of all of our planet’s inhabitants.” 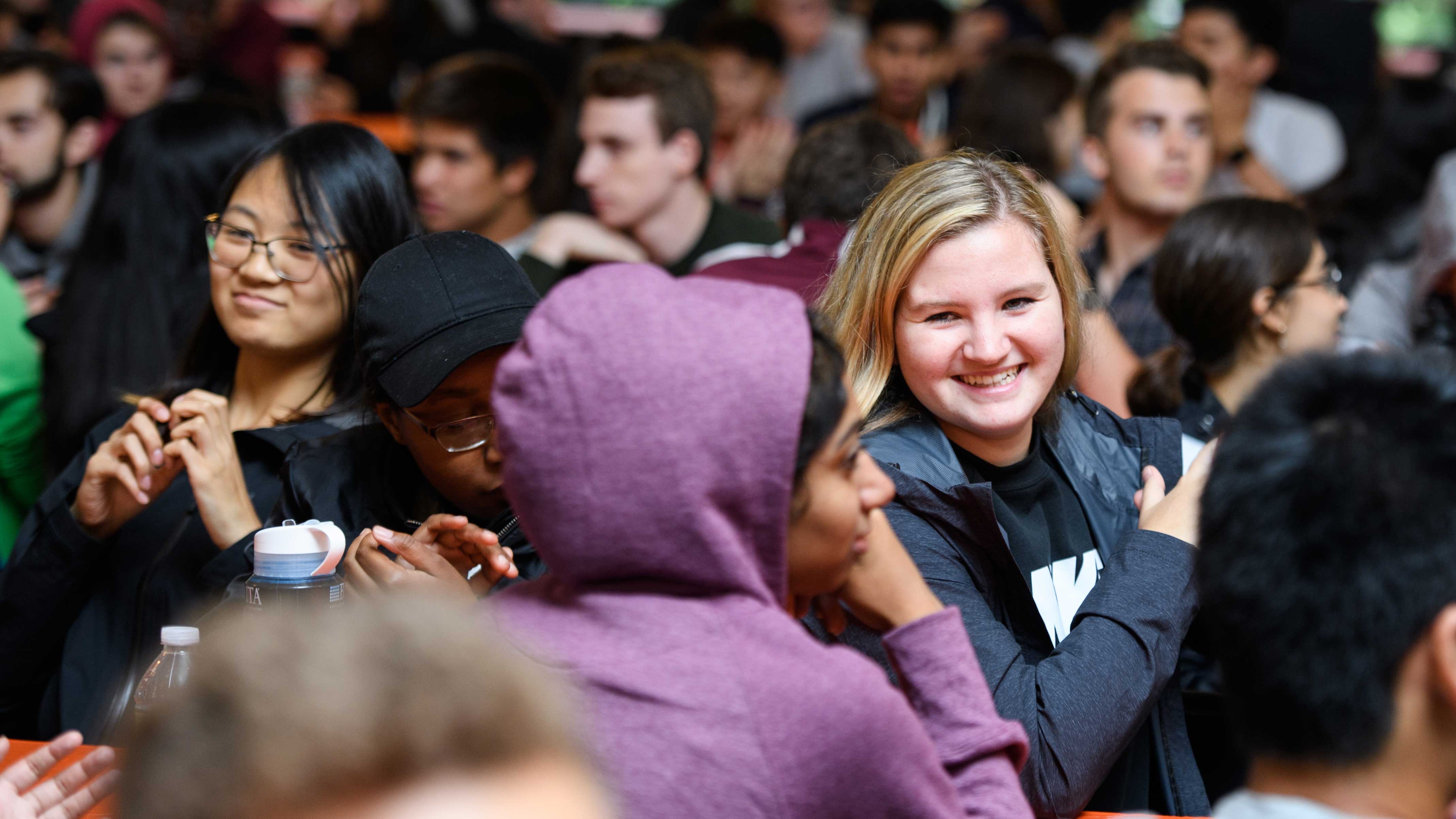 With 382 members, the group of engineering students within Princeton’s Class of 2022 is the largest in Princeton’s history, representing roughly one quarter of the overall class. The opening enrollment also includes a record number of women: 43.5 percent. Carter told the students that Princeton sees engineering as a central part of education in the 21st century, and she urged them to take advantage of the rest of the University during their time at the school.

“This week is the start of an amazingly rich intellectual adventure for each of you,” she said.

A. James Link, a professor of chemical and biological engineering and member of the Class of 2000, said he shared the students’ enthusiasm and noted that “I was in your spot 22 years ago.” Link said chemical and biological engineering allows students to merge an interest in molecular science with a deeply quantitative approach to research. Topics in the field range from sustainable energy to drug delivery and bioengineering. “Our students tend to go on to different and diverse career paths,” he said. 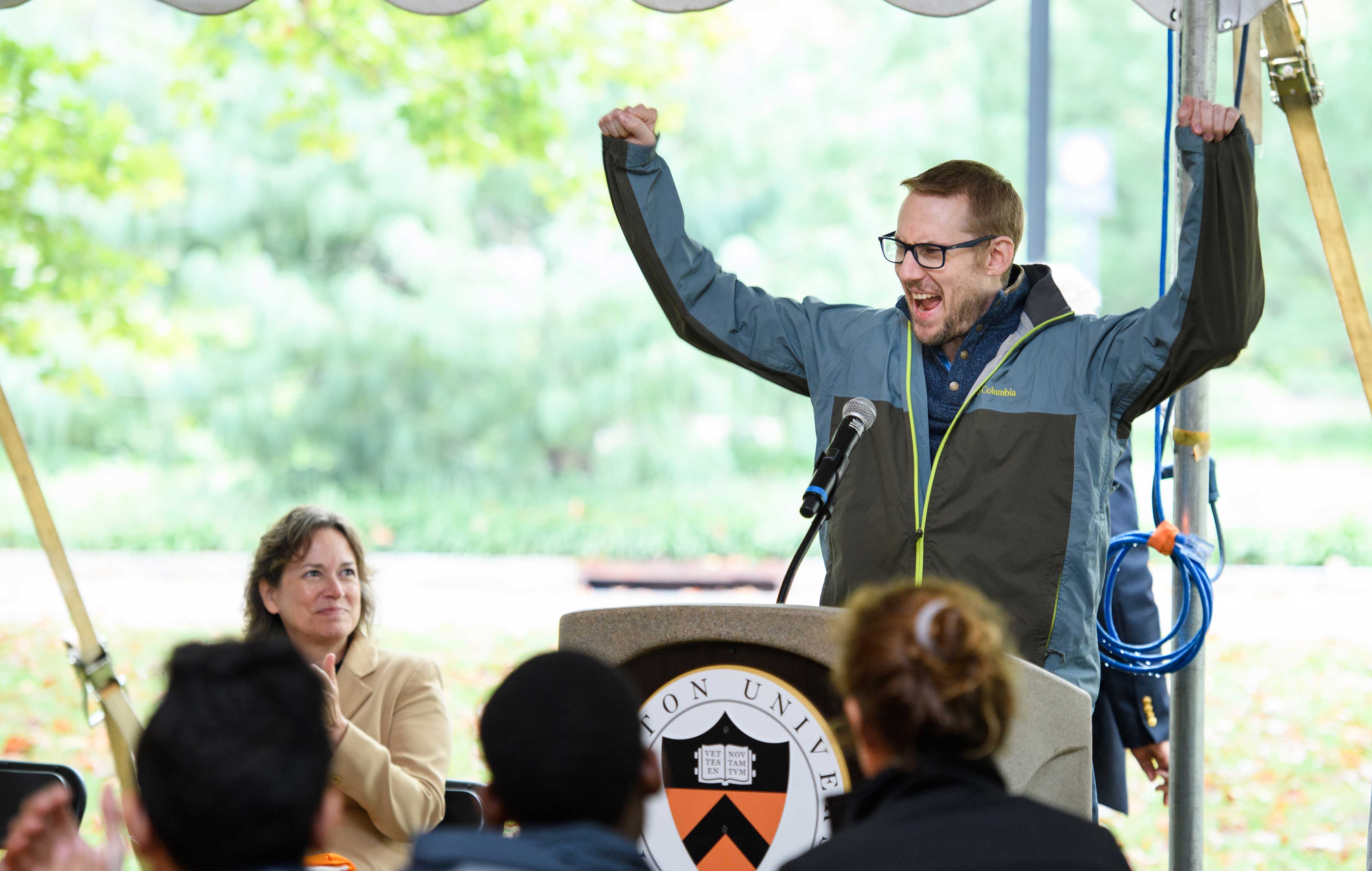 Michael Littman, a professor of mechanical and aerospace engineering, gave students a simple guideline to identify his department: “if it moves, we own it.” The department covers machines and vehicles, satellites, spacecraft and aircraft and different types of flows. Littman said the goal is to provide engineers with disciplines and tools to approach and improve these applications. Students in the department study disciplines including controls and fluid mechanics, and they use sophisticated tools encompassing both computer simulation and manufacturing.

James Sturm, the Stephen R. Forrest Professor of Electrical Engineering, said that from computers to the internet or the energy economy, “almost anything high-tech today is electrical.” He said the department teaches students to work with components and devices such as transistors and lasers and chips, but also teaches them to understand how information itself is transferred and defined. But Sturm told students to let their own interests guide their path of study. “Do what you are excited about,” he said.

Alain Kornhauser, a professor of operations research and financial engineering, said his department deals “with issues and problems where there is a human in the loop.” Students learn to work with large amounts of data, deal with uncertainty, and make the best possible decision among various alternatives. “When you take those three things together,” he said, “that makes you a better leader.” 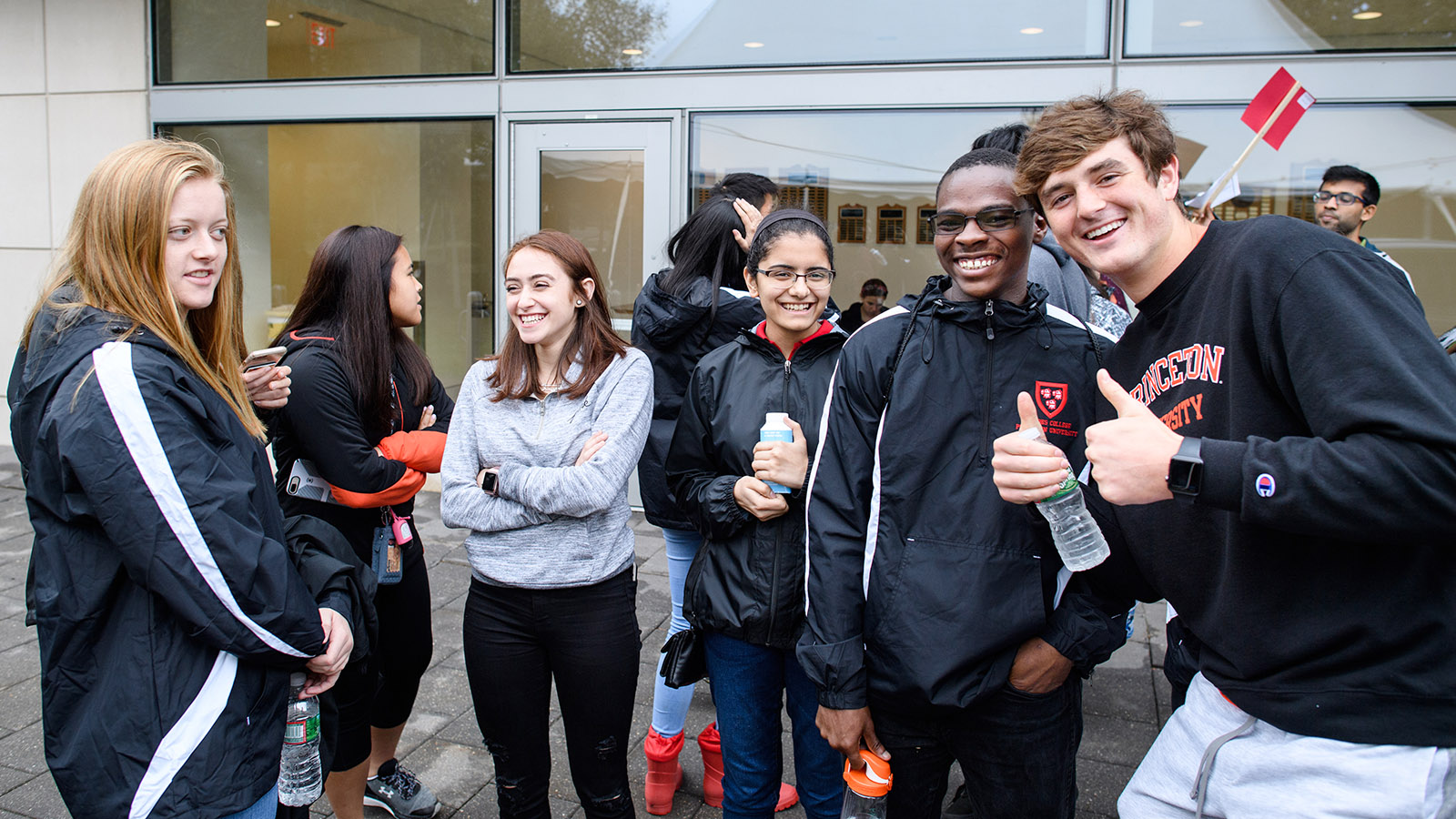