John B. Thomas, a pioneer in the field of information theory who mentored generations of leaders, including two deans of engineering at Princeton and a founder of the internet, died Sept. 13 in Hanover, New Hampshire. He was 93 years old. 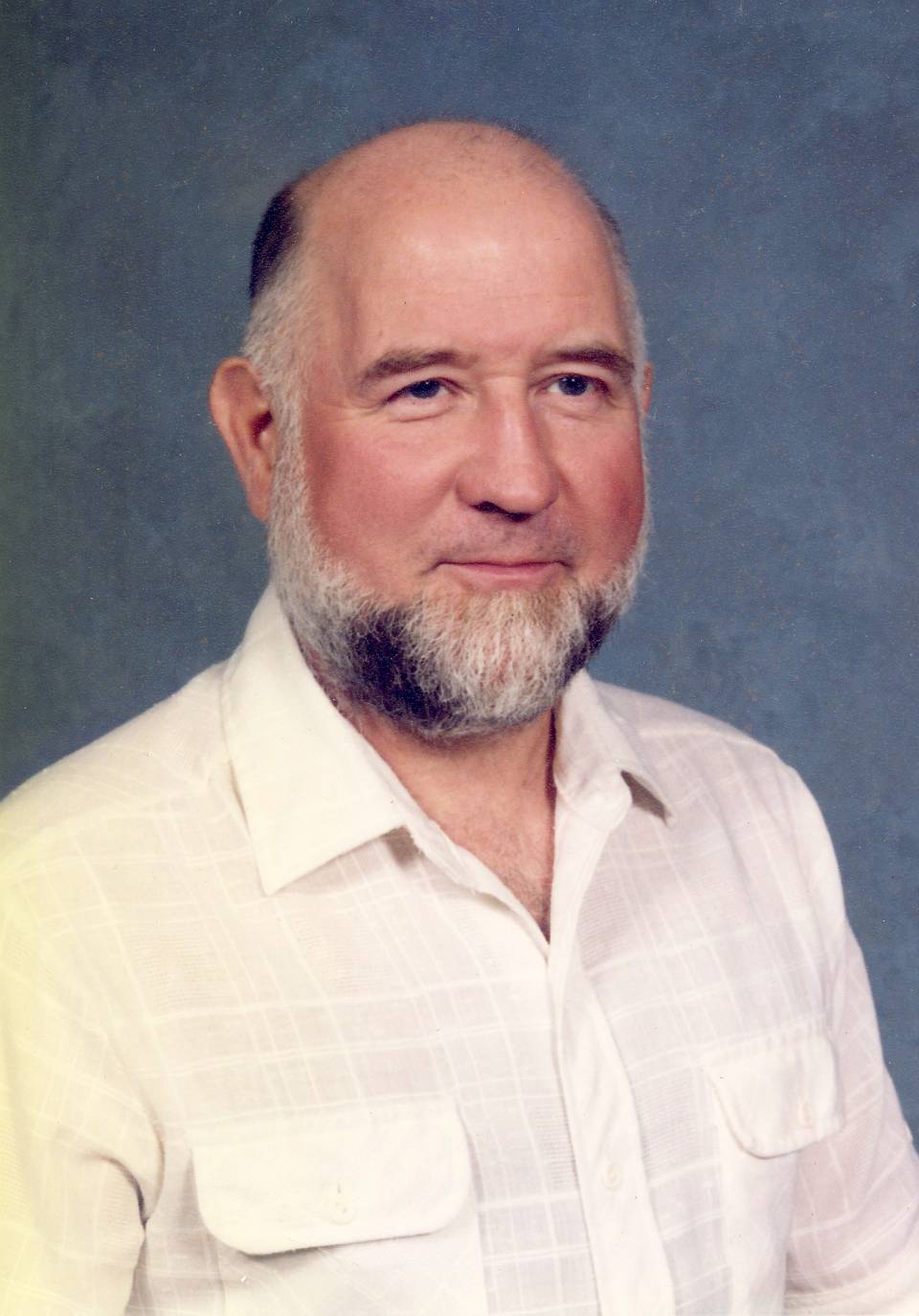 Thomas, a Princeton University professor of electrical engineering from 1955 to 1990, grew up on a farm in Pennsylvania and was known for his down-to-earth outlook and fondness for target shooting and fixing his own cars. Former students said he also brought a practical approach to bear as he led research in an area of applied mathematics and engineering that ushered in the modern age of information technology.

In addition to publishing a highly influential textbook in 1969, Thomas trained many graduate students who went on to become some of the most highly cited and groundbreaking researchers in the field. The internet, cellphone networks, and many other information systems that depend on detecting and evaluating information encoded in electrical or radio signals emerged from the work of his students.

“He was a terrific adviser,” said H. Vincent Poor, who earned his Ph.D. under Thomas in 1977 and went on to become dean of engineering at Princeton. “He was not heavy-handed in any way. He knew how to motivate people to push themselves. He had a way of making you feel like you could succeed and you wanted to succeed.”

Poor, whose own work has been instrumental in enabling successively more powerful cellphone networks, said he decided to apply to graduate school at Princeton after reading Thomas’ book “Introduction to Statistical Communication Theory.”

“Being naive, I said, ‘I am going to apply to Princeton, and I am going to work for that guy,'” said Poor, who earned his undergraduate degree at Auburn University in Alabama. “I drove up here and met him for a visit and he was very welcoming and open.”

Thomas’ last graduate student, Oscar Au, who earned his Ph.D. in 1991, recalled that when he started at Princeton he loved mathematics and theoretical work but still found the research that Thomas was doing to be daunting.

“I was scared of those equations,” said Au, who taught at the Hong Kong University of Science and Technology for 22 years and now is vice president of a wireless technology startup. “I didn’t know what they meant.” Thomas was skilled at connecting the math with the underlying physical principles, Au said. “I started to have a deeper understanding of what is going on in the equations. I started to see the big picture and how this gives you useful applications.”

Thomas worked in particular on mathematical tools to accomplish two important tasks: detection and estimation. The first is a matter of detecting a useful signal from a background of random noise. This is a critical problem, for example, in sonar and radar systems, in which the existence of an object must be detected and distinguished with a high degree of certainty from spurious signals. With the arrival of communications networks such as the internet and cellphone systems, similar techniques were needed to identify, for example, the presence of a phone or a computer somewhere on the system. Beyond detection, estimation allows systems to characterize the signal in important ways, such as its movement.

Thomas was adept at identifying potentially useful mathematical tools from a variety of sources and integrating them in ways that would be applied to many practical problems. “The form of the math is different but the fundamental questions are very similar,” Au said.

Students said Thomas had a special “feel” for sometimes obscure areas of research and encouraged his students to explore unchartered territory.

Anthony Ephremides, who earned a Ph.D. with Thomas in 1971 and now holds the titles of Distinguished University Professor and Cynthia Kim Eminent Professor of Information Technology at the University of Maryland, said he originally had trouble investigating the area of “spectral estimation” that Thomas first suggested for him. “I was a little lost,” Ephremides said. However, Ephremides came across another area of math related to random processes that caught his attention.

“The math result I found was done by pure mathematicians,” Ephremides said. “They didn’t have any thought about how it would apply to engineering.”

Thomas’ endorsement of the new direction gave Ephremides the confidence he needed to tackle the hard work of applying the mathematics to information problems. “When I first mentioned it to John, he immediately saw the general engineering interpretation of these mathematical results. He saw that it was new and general, and therefore worth pursuing. This led to my thesis.”

Eugene Wong, Thomas’ first graduate student who finished in 1959, said Thomas was always driven by practical uses. “He never forgot the purpose of the work,” Wong said. “The goal of research is to make discoveries, and the joy of being the first to find something useful was something I picked up very early from him.”

Yet Thomas rarely joined with students in the hands-on work of solving problems.

“John’s contributions were very structural,” said Robert Kahn during a 2006 oral history interview with Vint Cerf. Kahn and Cerf are known as founders of the internet for their work creating the principles and technical protocols that allowed information to be transmitted in packets and routed effectively through a decentralized network.

“I believed at the time, and even more so now, that he could have advised anybody on any topic in any field,” said Kahn, who earned his Ph.D. from Princeton in 1964. “And that’s not to say he didn’t know a lot about the field because he did. But he didn’t inveigle himself into the middle of it. He would say, ‘Okay, tell me about your progress … And what problems did you encounter? What’s your approach to solving them? How are you going to deal with this thing that you’re not sure how to deal with? What things are you going to document?'”

Another high-profile student of Thomas was Jack Wolf, who died in 2011 and is considered one of the most prolific contributors to information theory, including techniques for compressing multiple streams of data into a single signal and for compressing vast amounts of information into magnetic storage devices such as computer hard drives.

Thomas’ advocacy for his students continued well into their postgraduation careers.

Hisashi Kobayashi, who graduated in 1967, recalled that Thomas helped steer him toward taking a job at IBM, which required shifting the direction of his work but led to a 19-year career and senior leadership positions with the company. In 1986, Thomas again proved pivotal when he and department chair Stuart Schwartz nominated Kobayashi to fill the open position of dean of engineering at Princeton. Kobayashi served as dean from 1986 to 1991.

No car beyond repair

John Bowman Thomas was born on July 14, 1925, in New Kensington, Pennsylvania. Raised by his grandfather on a farm during the Great Depression, Thomas excelled academically and completed an undergraduate degree at Gettysburg College at age 18, just before enlisting in the U.S. Army in 1944. The same year, Thomas married Eleanor Graefe, starting a 67-year marriage until her death in 2011.

After completing his military service in 1946, Thomas went to work at Koppers Company in Baltimore, while simultaneously earning a second bachelor’s degree at Johns Hopkins University, which he completed in 1952. At Koppers, he quickly advanced as an engineer and manager developing techniques to remove particulates from smokestacks.

“But being a captain of industry was not his goal,” said Wong. In 1952, Thomas went to Stanford University for his graduate work. He earned his Ph.D. in 1955 and was hired to an assistant professor position in electrical engineering at Princeton the same year. He became a full professor in 1962.

While at Princeton, Thomas was known to be unsparing at times in his attitude toward administrators, while always supportive of his students. “John was very patient with me from day one when I couldn’t even speak English very well, said Chung-Chieh Lee, who graduated in 1980. Lee recalled times when Thomas walked into a meeting unhappy with something – often an administrative matter but “me, sometimes,” Lee said – but always turned the meeting in a positive direction. “You could see him exercise control,” Lee said. “I learned that trait and applied it to my own academic career – a tremendous help to say the least.”

Despite the mathematical focus of his work, Thomas enjoyed working with his hands. “For him no car was ever beyond repair, if he could only have the tools to machine the parts that were no longer obtainable,” Wong said.

On retirement in 1990, John and Eleanor moved to a 90-acre farm in the hills outside San Luis Obispo, California, taking up his dream of living in the country, working on cars and shooting guns.

Many of his students visited him there. During one visit, the Lee family recorded a brief video of Thomas giving an impromptu primer on how he reloaded his own shotgun shells and rifle bullets. Thomas explained that he used less gunpowder than normal in assembling bullets for his World War I-era Lee-Enfield rifle, so that the rifle would produce less of a kick when his grandchildren shot it.

Lee said that, always taking inspiration from his teacher, he too plans to retire to a farm in California. “I learned so many things from him,” Lee said.

View or share comments on a blog intended to honor Thomas’ life and legacy.