At a welcoming event Monday afternoon, Vice Dean Antoine Kahn told first-year engineering students that they will "have the ability to use your technical expertise during your lifetime to improve and sustain quality of life in the world for everybody."

In their education at Princeton, Kahn told the students, they will “focus on fundamentals – physical, mathematical, chemical principles – and how they are applied to very concrete and crucial engineering problems.” 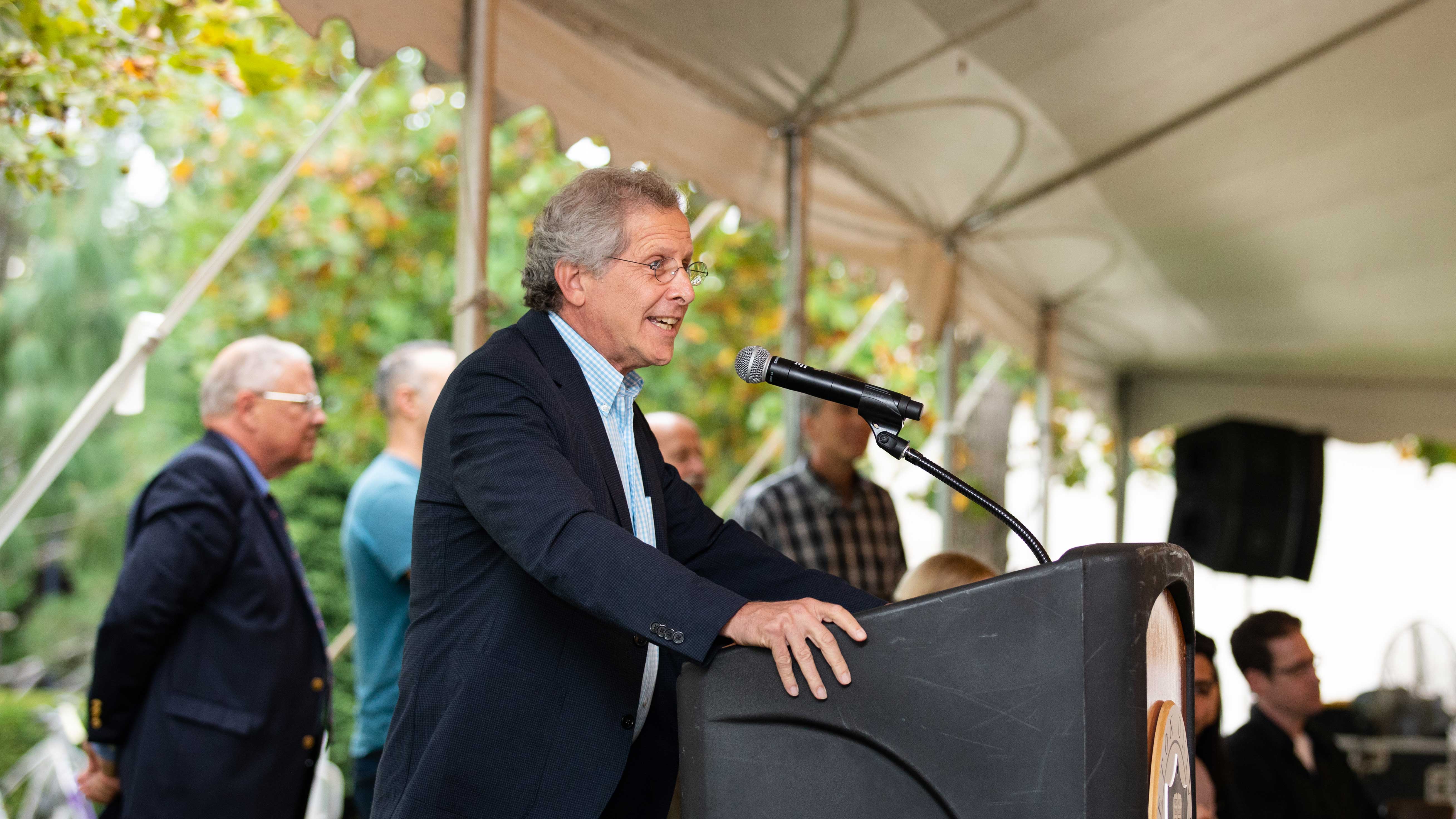 Peter Bogucki, the associate dean for undergraduate affairs, introduced representatives of the school’s six engineering departments, as well as leaders of several student organizations. The faculty representatives offered a brief overview of their departments and the opportunities they offer.

Mark Brynildsen, associate professor of chemical and biological engineering, told students that the department provides valuable training for students who are interested “in trying to contribute to the global challenges of clean water, economical solar energy, precision medicine or advanced materials.” He emphasized the importance of senior thesis research and presented a sampling of last year’s topics, including low-carbon transportation fuel and electricity production, and nanoparticle delivery for cancer and tuberculosis treatment. 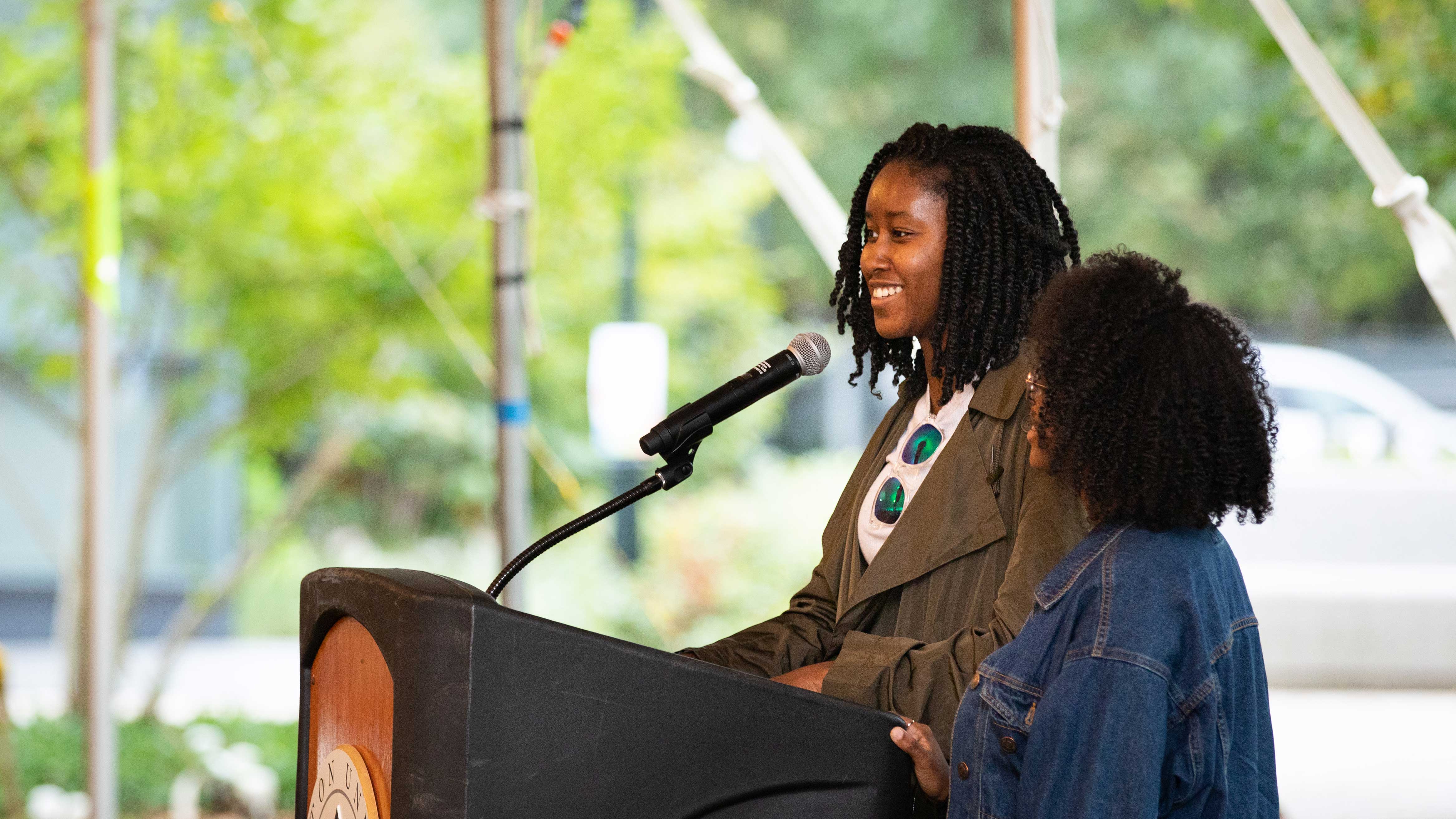 Ning Lin, associate professor of civil and environmental engineering, began by highlighting the relevance of departmental research on coastal flood and storm hazards, as hurricanes have impacted many students’ home regions in recent years. Students concentrating in civil or environmental engineering will gain “a holistic view and a diverse set of skills,” said Lin, preparing them to “play key roles in interdisciplinary efforts and develop innovative solutions” to problems such as pollution and climate change.

Elad Hazan, professor of computer science, described an ongoing collaboration between the department and Google AI to improve flood forecasting, with India’s Patna region as a testing ground. This is just one example of the type of work computer science undergraduates can get involved in, Hazan said. Flooding of the Ganges River has led to many deaths in the region each year, “so we’re using machine learning models to try to predict when the next flood is going to happen,” he said, and alert residents by cell phone when it’s time to move to higher ground. “This project saves lives.” 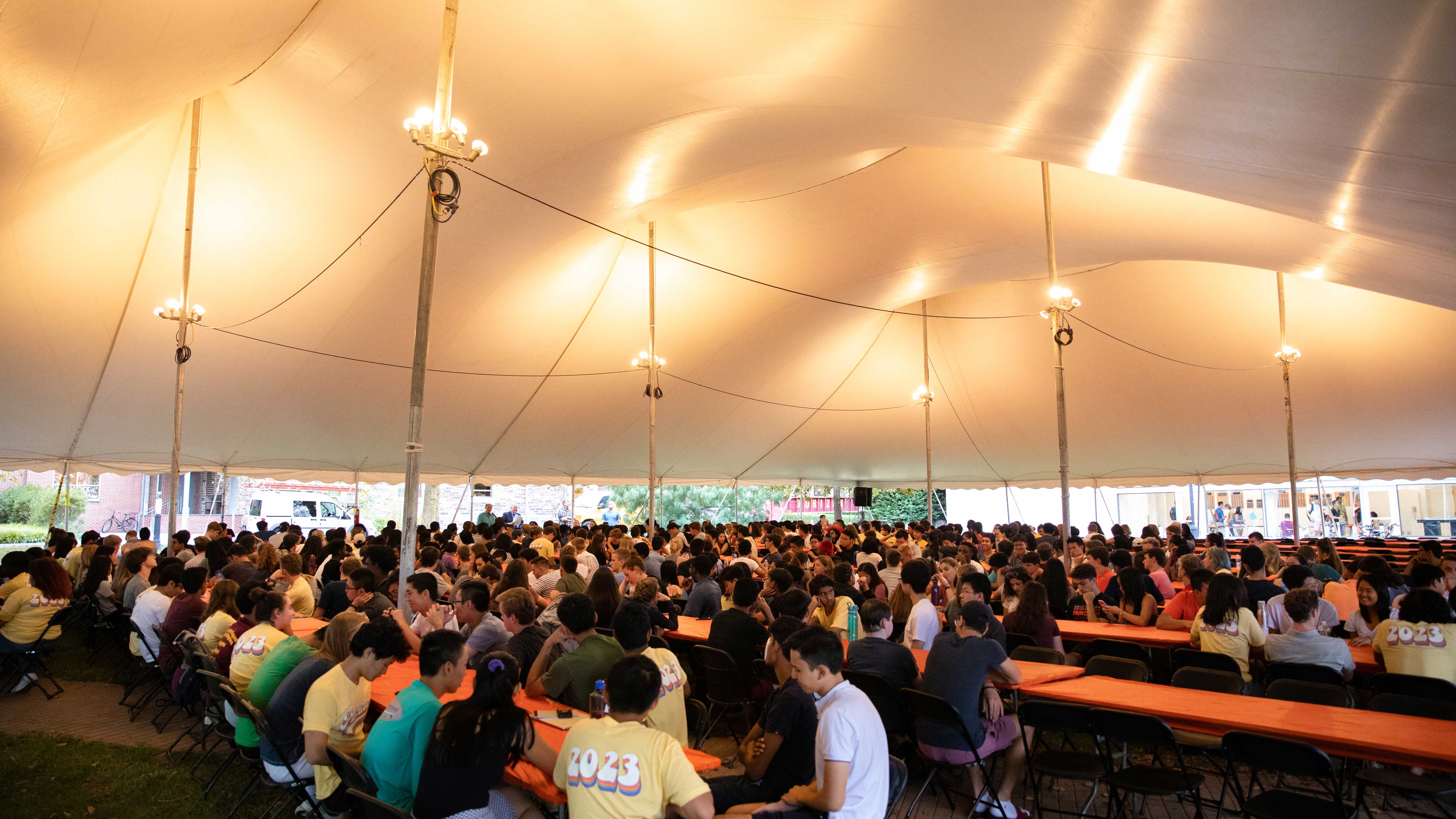 James Sturm, the Stephen R. Forrest Professor in Electrical Engineering, called the department “probably the most intellectually broad” within the University. “That’s because it’s really the merging of two different areas,” said Sturm. “It’s where electricity meets information.” Research in electrical engineering ranges from relatively abstract, physics-based work to the development of robotics and nanotechnology. The field is becoming more critical as “more and more [of the energy economy] is going through some kind of electrical phase,” he said, citing solar cells and electric cars as two examples that will provide rich opportunities for students’ future careers.

Michael Littman, professor of mechanical and aerospace engineering, said the department deals broadly with moving machines, and outlined the myriad applications, disciplines and tools students could explore as mechanical and aerospace engineering majors. He highlighted emerging areas such as studying and engineering the movements of living organisms, and the use of laser diagnostics and high-speed cameras. He noted that the aerospace and automotive industries, as well as patent law, are popular fields among the department’s graduates.

Alain Kornhauser, professor of operations research and financial engineering, described the field as “mathematics applied to problems that have a human in the loop,” or research aimed at optimal decision-making in an uncertain world. These tools, he said, can be applied to autonomous vehicles, finance, health care, the energy sector and other areas. “Our degree allows you to be a better leader,” said Kornhauser. “If you’re going to be a leader, there’s uncertainty ahead, there are options, and you’re going to be dealing with a lot of data.” 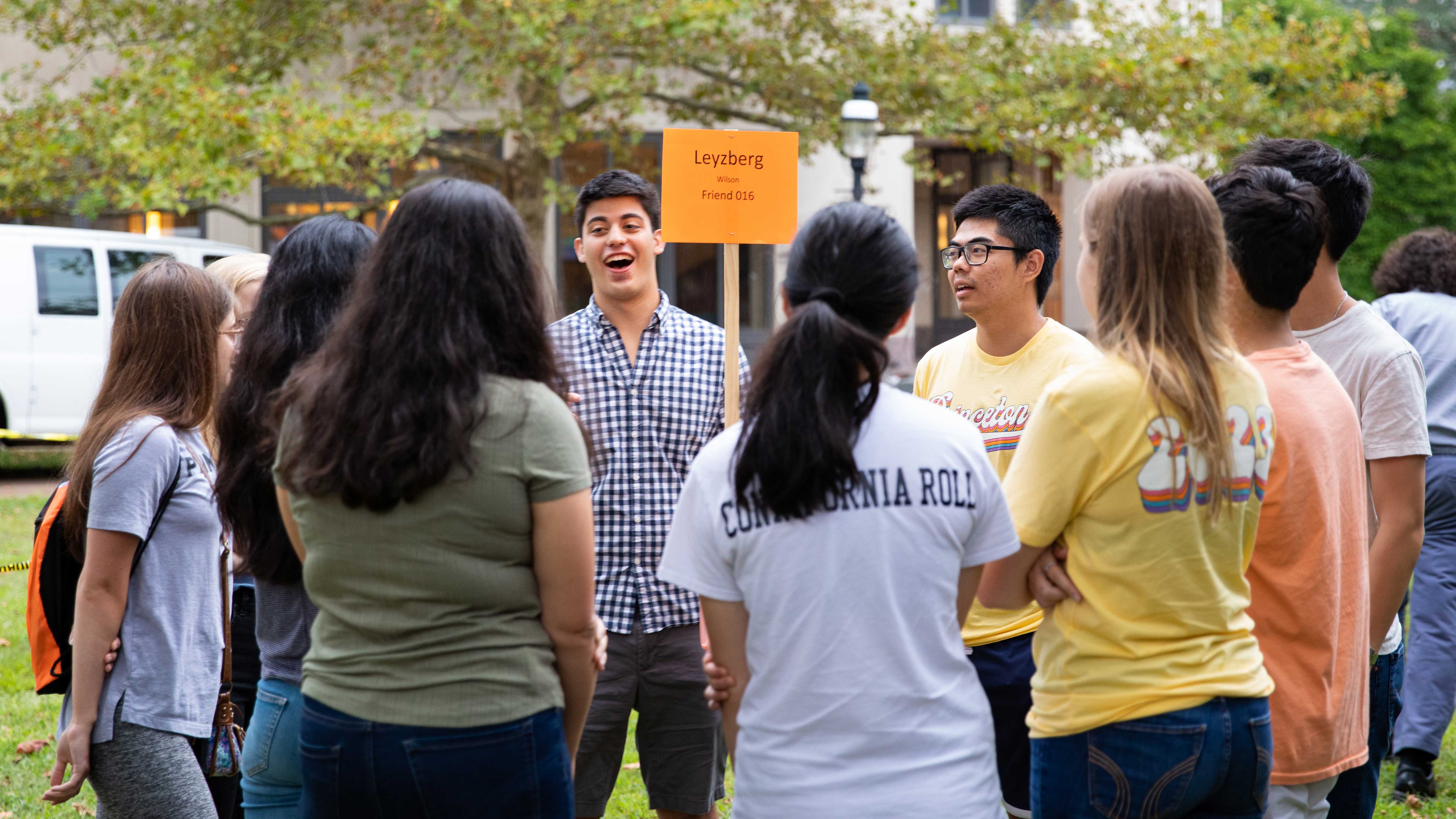 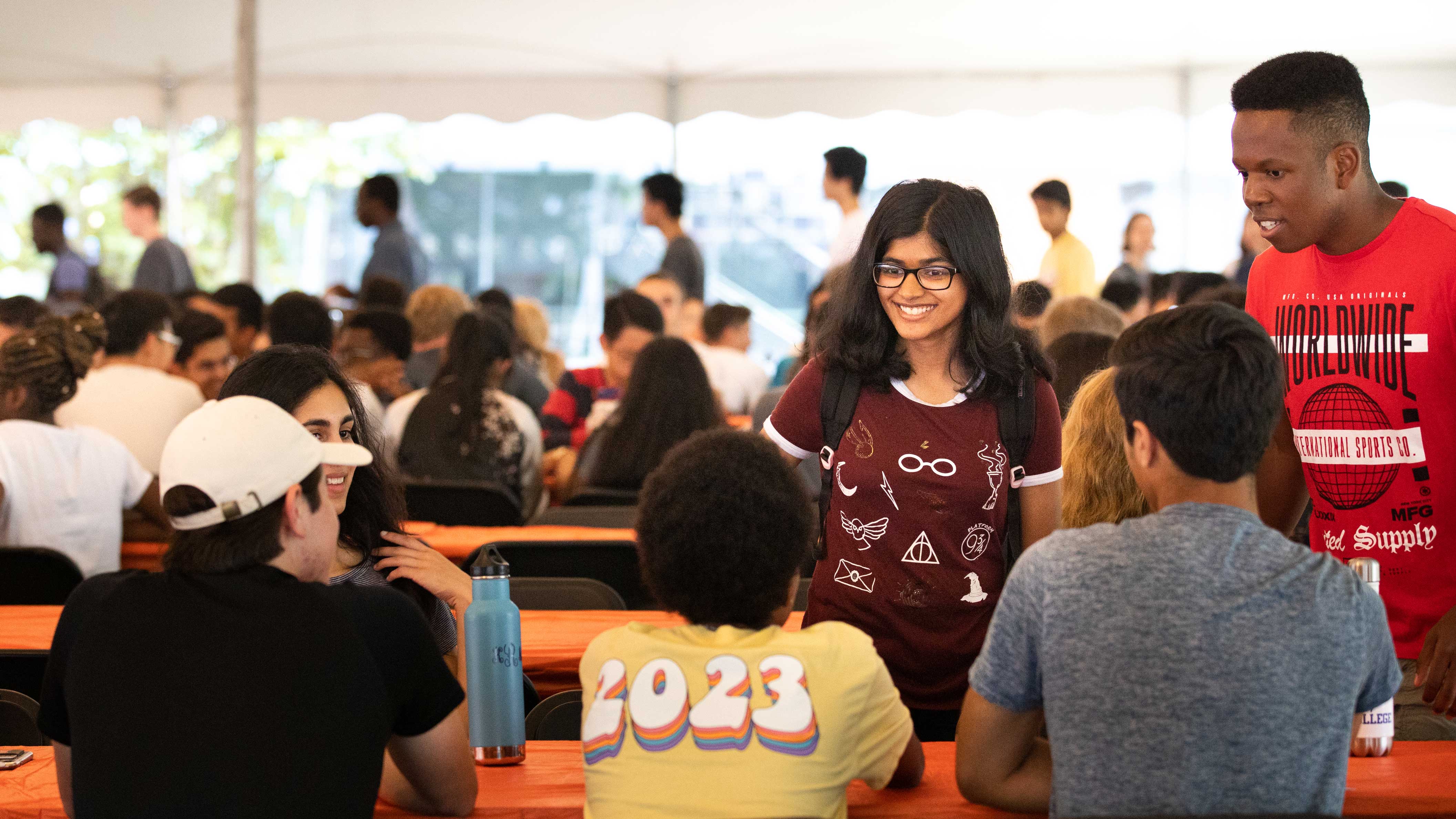