Two Princeton Engineering students were among the winners of the highest honors Princeton awards to students, the University announced at Alumni Day ceremonies Saturday, Feb. 24.

Lester Mackey, who is majoring in computer science and pursuing a certificate in applied and computation mathematics, was one of two seniors awarded the Moses Taylor Pyne Honor Prize. Egemen Kolemen, a Ph.D. candidate in mechanical and aerospace engineering, was one of four graduate students selected to win the Porter Ogden Jacobus Fellowship. 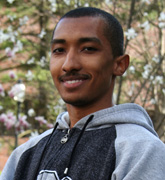 The highest general distinction conferred on an undergraduate, the Pyne prize is awarded to the senior who has most clearly manifested excellent scholarship, strength of character and effective leadership.

In addition to achieving an excellent academic record and receiving the Pyne Prize this year, Mackey, who is from Wheatley Heights, N.Y., has been named the 2007 outstanding male undergraduate by the Computing Research Association, the highest honor that a North American college student can receive in the field of computer science. He is the first Princetonian to win this award, which was bestowed in recognition of his groundbreaking work with Assistant Professor of Computer Science David Walker on hardware faults.

“At every step, but particularly in his research activities, he has far exceeded what I imagined it possible for any undergraduate to do — and I have worked with other very, very talented undergraduates at Princeton ‚Ä¶ ,” Walker said. “When that fact is combined with his generosity and leadership in fostering diversity, I think Lester is deserving of the highest possible praise and awards. ‚Ä¶”

Mackey also worked on a project led by former Dean of Engineering Maria Klawe to develop technologies to improve the lives of victims of aphasia, a cognitive disorder that impairs communication. Following graduation, he plans to enroll in a Ph.D. program in computer science.

He serves on the Department of Computer Science’s Undergraduate Council, chairs the Undergraduate Research Symposium and is active in Paideia, a group of students from many academic backgrounds that sponsors weekly discussions with faculty members or researchers over dinner. He has been a peer adviser for both his residential college and the School of Engineering and Applied Science and a tutor in computer science.

An editor of Prism, a literary journal devoted to “dialogue, diversity and difference,” Mackey also has advised incoming freshmen as a member of the Black Student Union’s Leadership and Mentoring Program. He joined both the Chinese and Taiwanese-American Students Associations. Also gifted musically, he has sung in the University Chapel Choir and in Kindred Spirit a cappella group and has shared his talents through Princeton Music Outreach, which performs in local nursing homes.

“How he finds the energy to do all this is, to say the least, remarkable, but as everyone who interacts with Lester knows, he is a remarkable young man who will excel in graduate school wherever his talents take him,” said President Shirley Tilghman during the Alumni Day ceremony. 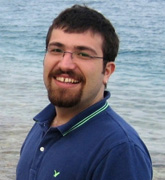 The Jacobus fellowship, which supports the final year of graduate study, is awarded to students whose work has displayed the highest scholarly excellence.

Kolemen received his B.S. in mechanical engineering from Boƒüazi√ßi University in Turkey. With the aim of imaging extra-solar planets, his research focuses on providing the dynamical framework for the next generation space-telescopy consisting of a formation of spacecraft.

“Ege is the most capable graduate student I have had the pleasure to work with,” said his adviser, Jeremy Kasdin, associate professor of mechanical and aerospace engineering. “His ability to assimilate the literature and see to the essentials of a problem is almost unheard of in a graduate student. I expect his dissertation to make seminal contributions.”