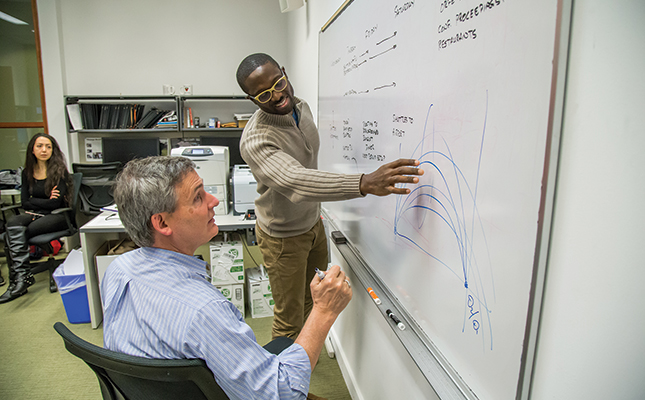 The historic drought that parched Brazil over the last two years was not just a water-supply problem – it was also a power problem.

The nation’s heavy use of hydroelectricity, which had made it a model of renewable energy, contributed to rolling blackouts in some of Brazil’s largest cities during severe droughts. Now, Princeton researchers are joining colleagues at a Brazilian university to help the operator of Brazil’s electric grid and the country’s major utilities develop a system to better manage their electric system when hydropower dries up.

Warren Powell BSE ’77, a professor of operations research and financial engineering, and colleagues at the University of Campinas are analyzing plans for integrating new types of renewable energy into the Brazilian electric grid. Powell, whose work focuses on optimization and uncertainty, has done extensive research on electricity distribution systems. Among other topics, Powell has analyzed the PJM Interconnection – the massive grid that supports an area from the Mid-Atlantic states to the Ohio Valley. A group of 19 electric power generation companies in Brazil asked for Powell’s help in managing their own system, particularly how to integrate wind power into the grid.

“The Brazilians are the world’s experts at modeling hydropower,” Powell said. “But they need mechanisms to deal with the variability of wind power.”

Managing an electric grid is far more complex than turning on the power. The amount of power running through the system has to be carefully balanced to prevent shortfalls on one hand or wasted energy on the other. As the systems get larger, the job becomes more complicated. In the United States, grids are coordinated by federally regulated groups called Independent System Operators. The PJM Interconnection, for example, has over 61 million customers and coordinates roughly 1,300 power generators ranging from small solar fields to massive nuclear plants.

A successful model, Powell said, will help operators create a system with enough options that extreme stress in one area, such as a drought, would not leave the grid crippled. To be effective, the system needs to reflect its environment as well as power demand.

“The Midwest has ethanol, Florida has biofuel and the Northeast has hydropower from Quebec. We need to learn what Brazil has,” he said. “We want to help Brazil develop a portfolio with enough options so there is always something to turn to.”