Three projects with the potential for broad impacts in science and technology have been selected to receive support from the Eric and Wendy Schmidt Transformative Technology Fund. Two of these projects include faculty from Princeton Engineering.

The projects include a technology for improving ultrasound’s grainy images, a system for boosting biofuel production, and a facility for designing and testing new wind power technologies.

Eric Schmidt, executive chairman of Google parent company Alphabet Inc., and his wife, Wendy, created the $25 million endowment fund in 2009 to support the development of new technologies at Princeton University that could have broad beneficial impacts. Eric Schmidt is a 1976 alumnus and former trustee of the University.

“The Eric and Wendy Schmidt Transformative Technology Fund gives Princeton the capacity to invest in truly innovative and highly promising research – research that is often considered too forward-looking for traditional funding mechanisms,” said Dean for Research Pablo Debenedetti, the Class of 1950 Professor in Engineering and Applied Science and professor of chemical and biological engineering. “This year’s selected proposals are outstanding in terms of the quality of the science and engineering as well the potential to benefit humanity through practical benefits to human health and the environment.”

The winning projects are: 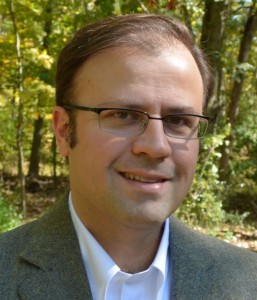 A system for boosting the productivity of bioreactors could reduce the cost and increase the efficiency of creating biofuels, medicines and other chemical products.

Bioreactors typically contain organisms such as yeast that have been genetically modified to produce fuels, chemicals or medicines. To improve bioreactor efficiency, a team composed of José Avalos, assistant professor of chemical and biological engineering and the Andlinger Center for Energy and the Environment, Yannis Kevrekidis, the Pomeroy and Betty Perry Smith Professor in Engineering and professor of chemical and biological engineering, and Jared Toettcher, assistant professor of molecular biology, will create an integrated approach to monitoring and controlling the organisms’ metabolic activity.

The approach will involve developing yeast strains that simultaneously carry genes that enable them to produce biofuels or other chemicals as well as genes that encode biosensors to report on the amount of chemical being made. The organisms will also contain genes that are switched on when light is shone on the yeast, allowing researchers to turn on or off the production of the chemicals. These techniques will be combined with computational methods that enable researchers to optimize production.

A new apparatus will help researchers develop wind turbine designs without building full-scale prototypes. Given the massive size of today’s turbines, building test models at full size is not feasible, yet scaling down these models causes inaccurate predictions of their capabilities. However, it is possible to reproduce the full-scale dynamics by placing the scaled-down models inside a container of highly pressurized air.

A technique originally developed for geological explorations will be adapted for processing ultrasound images to dramatically improve the amount of information that can be obtained from the images.

Jeroen Tromp, Princeton’s Blair Professor of Geology and professor of geosciences and applied and computational mathematics, aims to enhance ultrasound images using methods he developed for converting seismic wave data into images of underground formations. The technique involves first converting ultrasound data into a computerized 3-D model, then comparing the model back to the real data, and iteratively reducing the differences between the two. The resulting computationally enhanced ultrasound images could be used for brain imaging, tumor detection and identification of osteoporosis, among other applications.