Have you ever wondered if your computer could hand write a haiku? Help you build furniture? Unlock your front door by looking at your face?

If so, teams from Princeton’s 2018 spring hackathon may have an answer.

About 450 students and enthusiasts from around the country descended on Princeton on March 30 to spend 36 hours socializing, exchanging ideas and furiously writing computer code. Keynote speakers and workshops provided hackers with inspiration and educational opportunities, while events such as cup stacking contests and therapy dogs kept people relaxed and entertained.

“The event went exceptionally well,” said David Fan, director of HackPrinceton and a junior majoring in computer science. “We had a high rate of project completion and participants really liked our events.” 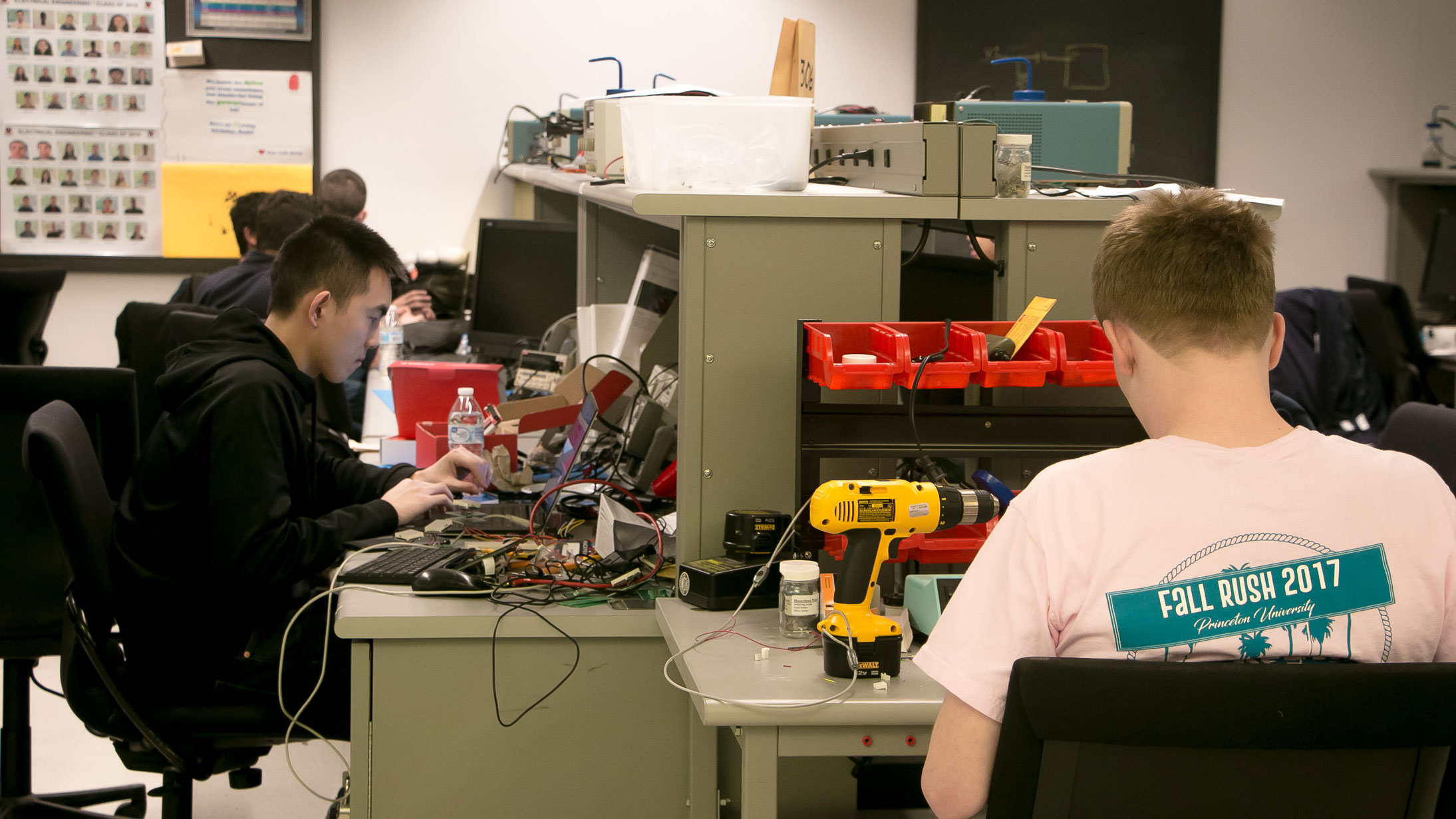 Keynote speakers talked about the opportunities and responsibilities facing young people in computer science. Data scientist Claudia Perlich spoke about the insights that big data can provide and the responsibility that comes with building powerful machine learning tools. Geoff Cook, chief executive of the Meet Group, advised students to make the next big idea instead of waiting for it.

Princeton students and industry sponsors hosted workshops throughout Friday and Saturday that taught participants subjects such as how to quickly scale projects, design user interfaces and integrate blockchain technology into their work.

Not all workshops were meant to teach immediately applicable skills. A discussion-based talk entitled “Humans Need Not Apply,” led by Jonathan Lu, a senior majoring in computer science, and the Society for Ethics of Computer Science, encouraged students to think about the impact of technology-enabled automation on the job market and economy.

Teams initially presented in an exhibition of their projects in the Friend Center atrium. Among the Princeton projects were Tyle, created by seniors Nick Jiang, Jon Zhang, and Aravind Yedavuka, a basic system for controlling a laptop computer via hand gestures; and Octduino, created by computer science graduate students Rebecca Elyanow and Logan Stafman, which uses circuits sewn into a plush octopus toy to teach young children basic programming (it also works as a musical instrument).

The top ten teams then presented their projects to participants and judges who gathered in Friend 101.

HackPrinceton is held twice a year, in the spring and in the fall semesters. It is a student-run operation and this spring’s event was coordinated by a team of roughly 30 undergraduates led by Fan and Nathan Alam, a freshman. Support was provided by the Meet Group, StdLib, Ark, Capital One, Wolfram, Marlabs, 1517 Fund, and John Snow Labs. The departments of computer science and electrical engineering provided funding, hardware and work space.

“HackPrinceton provides students with an incredible opportunity to take risks and fail, which is really important to nurture,” Fan said. “It also allows students to apply theoretical concepts they learn in class to real problems.”