About 15 elementary school students stood stock still, their attention locked on engineering graduate student Renato Pagliara Vasquez as he struggled to make a robotic arm balance one thin stick on top of another.

“This is a really hard problem,” fellow graduate student Anastasia Bizyaeva explained as Pagliara reset the computer that controlled the system and lifted the two sticks into a vertical position. The robotic arm snapped into action, balancing the sticks as a single column.

“Oooh,” said the group, a subset of about 70 students from Harlem Prep Elementary School in New York City.

Like a robotic circus performer, the robot made tiny, rapid adjustments that kept the sticks vertical.

The April 19 presentation marked the sixth annual visit by Harlem Prep students to the Department of Mechanical and Aerospace Engineering at Princeton University. The event, organized by lab manager Tyler Van Buren and graduate student Dan Floryan, involved 21 student and staff volunteers who ran demonstrations and helped with organization and planning. It’s fun, and also educational, Van Buren said. The students participate in demonstrations and activities linked to their classwork in school.

“Also, seeing young people get so excited about the things we work on every day helps reignite our excitement for research,” he said.

Pagliara brought the point home after his demonstration. “This is how students at universities learn to build the systems and do the programming to make self-driving cars,” he told the students.

Pointing to the robot, Pagliara encouraged the group to study and work hard.

“Come help us design and make better controllers,” Pagliara said, “so we can make better self-driving cars and better robots.”

Just before wrapping up the visit with an ice cream treat, Harlem Prep students were eager to call out parts of the day they liked.

“I liked the robot!” said Bintu, 9, referring to Baxter, the robot used in the MAE department’s teaching labs. “I’d like to make a little dog or something that can play.” Her friend Keira, 9, also liked Baxter. “He dabbed!” she said referring to Baxter’s signature dance move.

“I liked the rocket science,” said Sebastian, 9. “They build stuff for NASA! If I learn enough, maybe I can do it. I’d build a robot.” 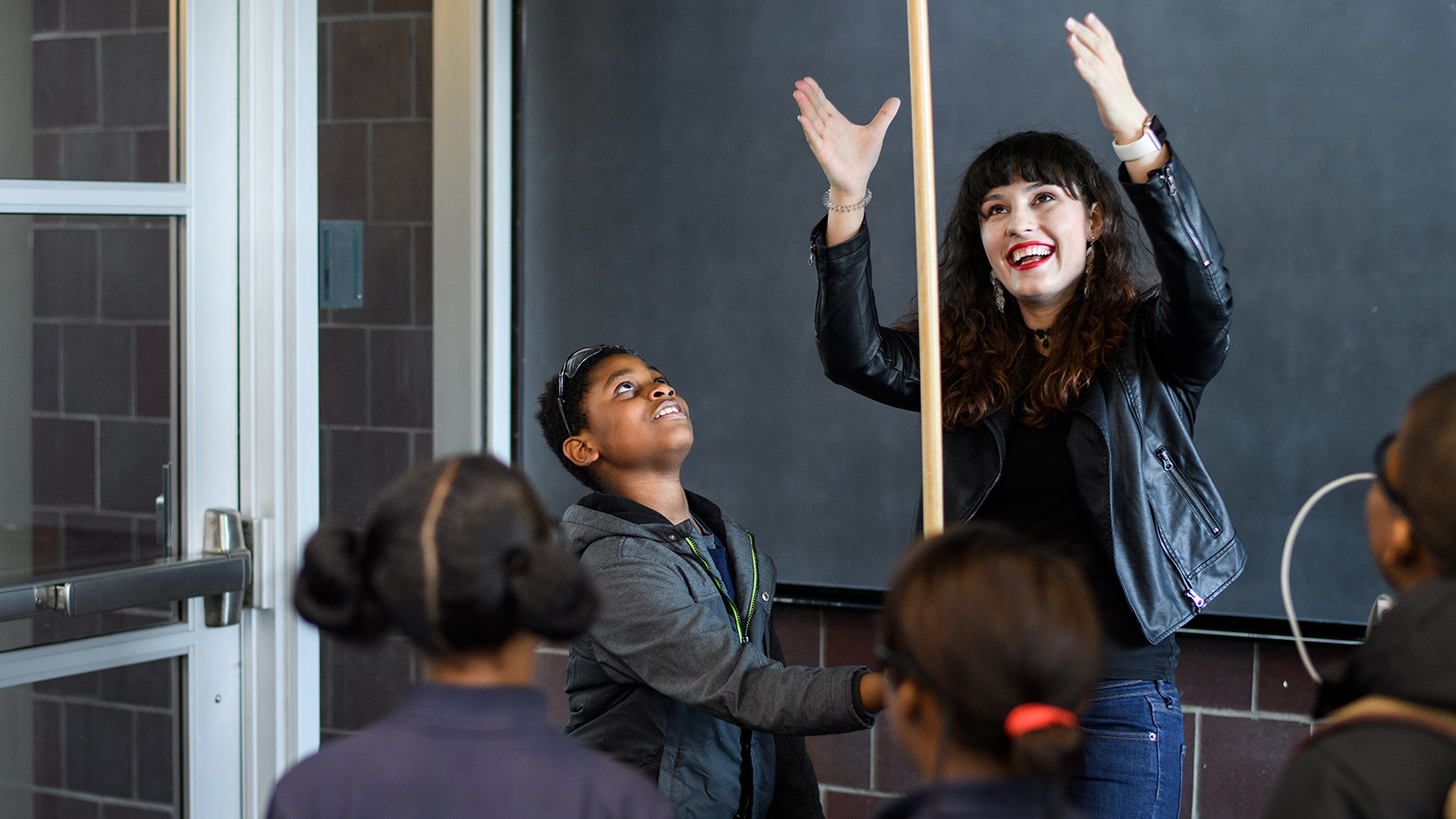 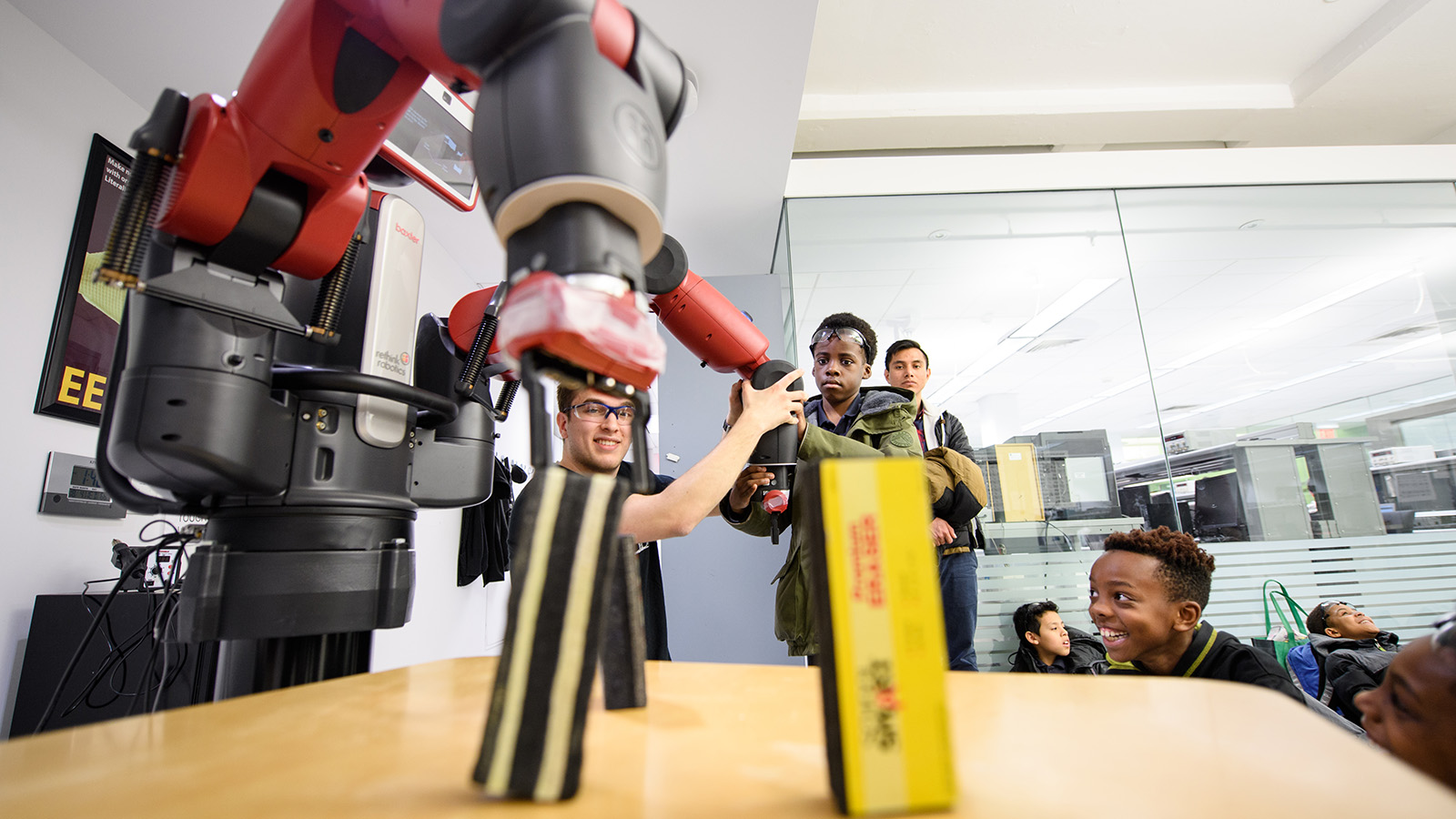 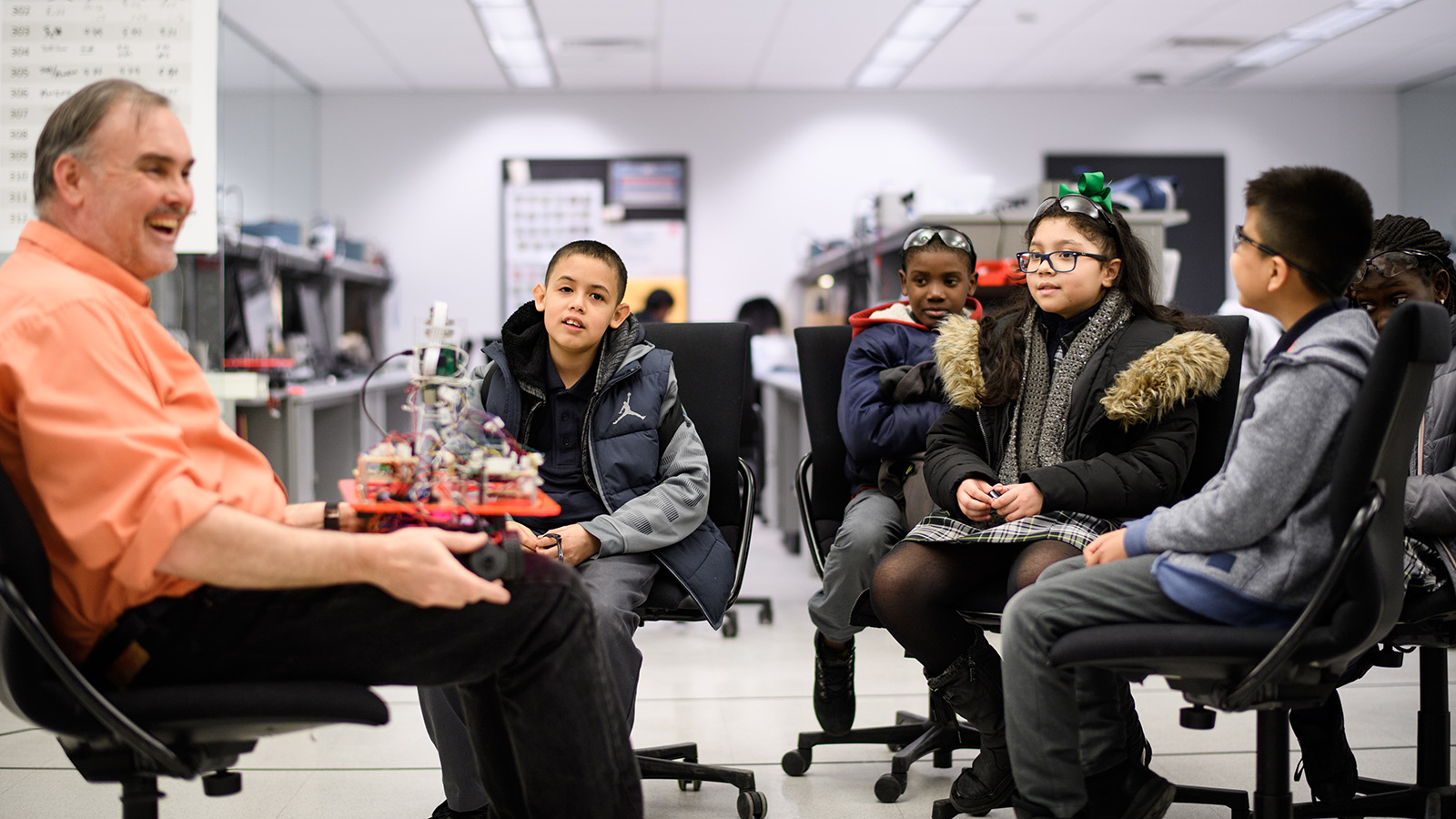 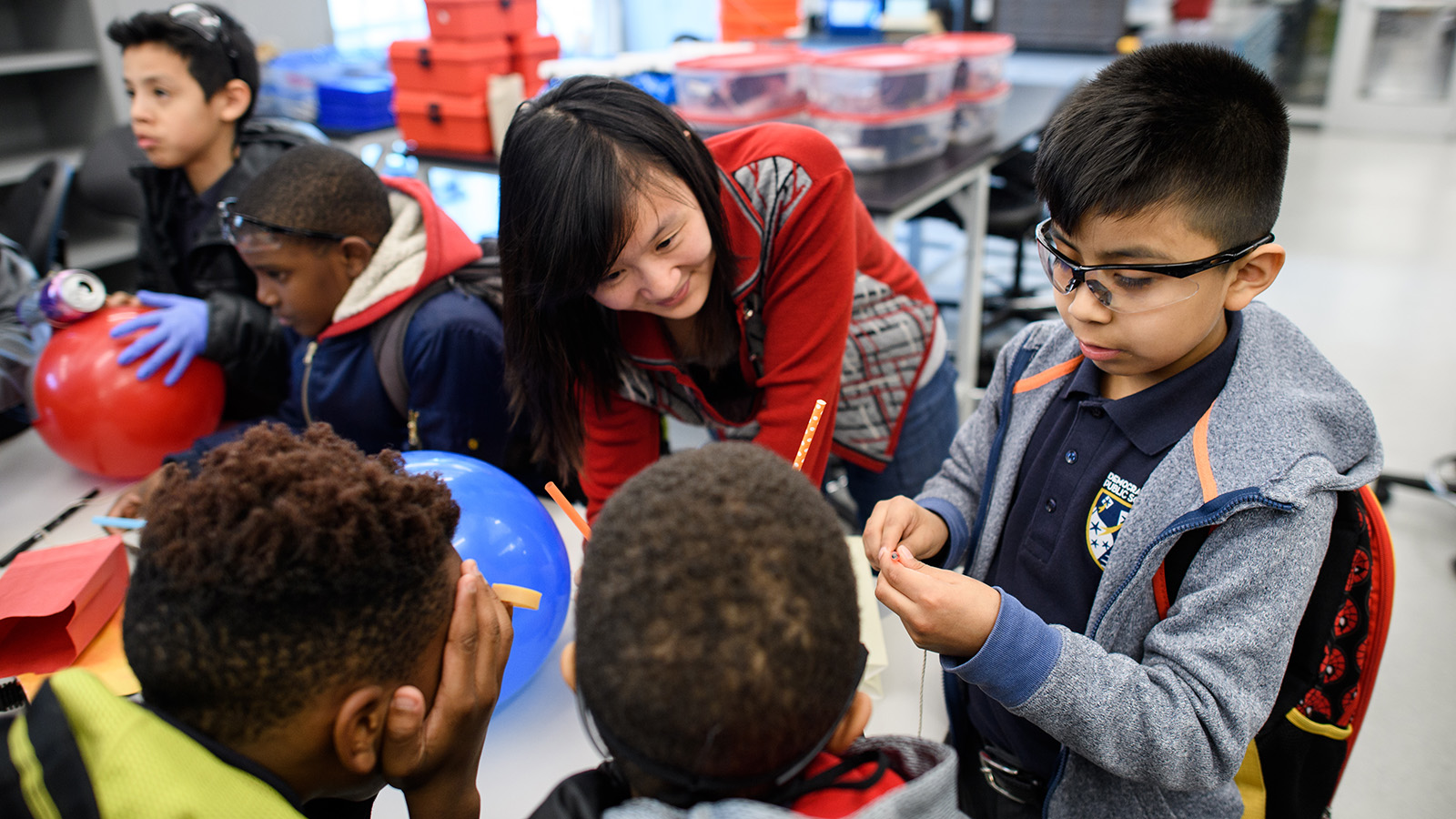 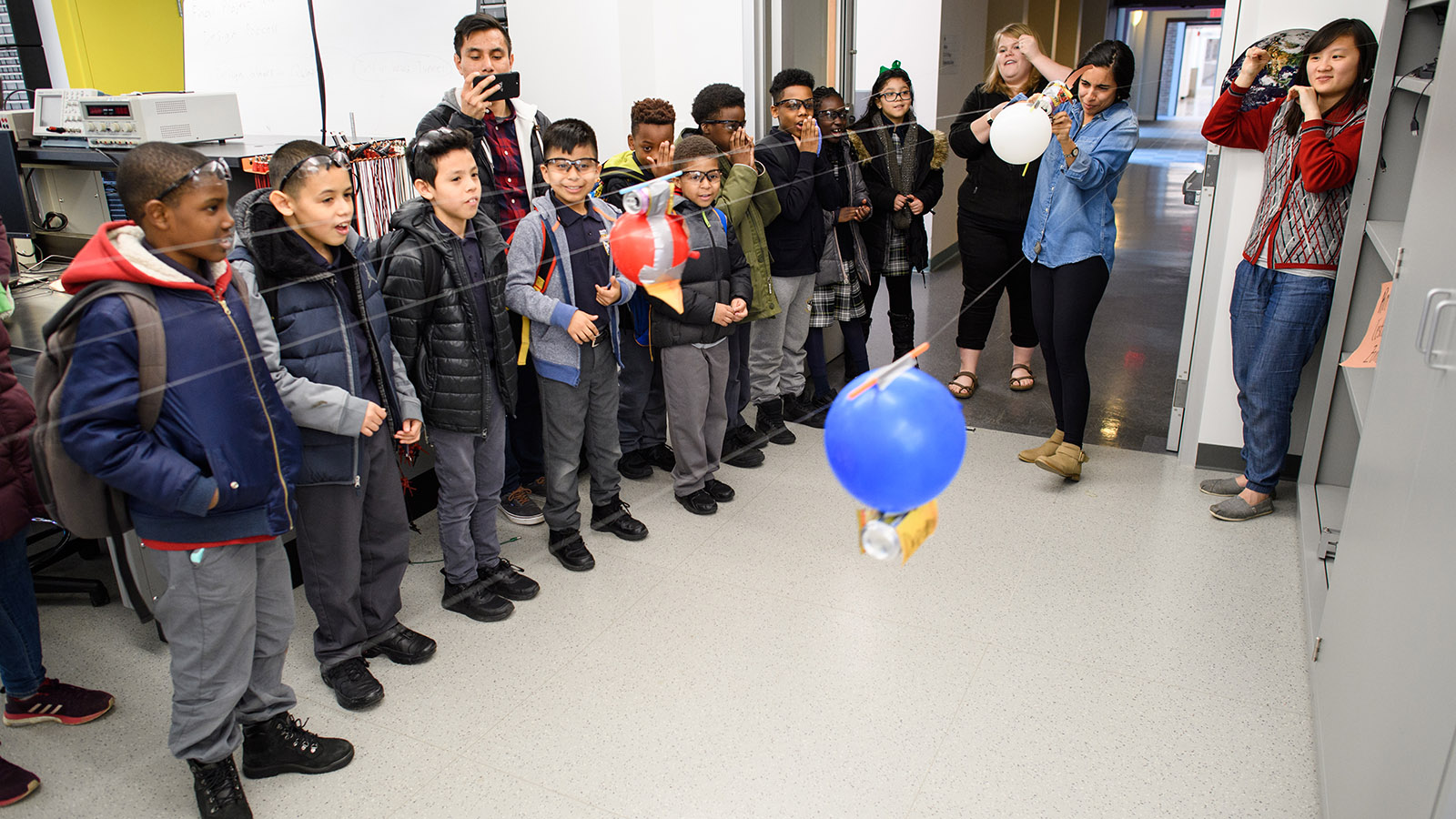