Matthew Salganik, a professor of sociology who has pioneered uses of data and digital technologies in social research, has been appointed interim director of Princeton University's Center for Information Technology Policy. 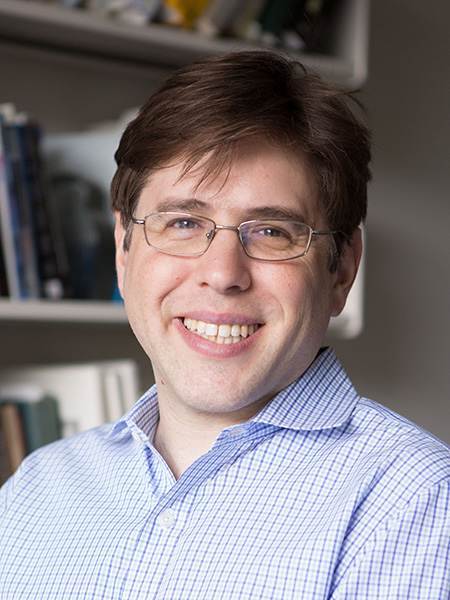 Salganik, whose appointment starts July 1, succeeds Edward Felten, the Robert E. Kahn Professor of Computer Science and Public Affairs, who served as the center’s founding director. CITP was established in 2005 as a collaborative initiative between the School of Engineering and Applied Science and the Woodrow Wilson School of Public and International Affairs to investigate and educate about the role of digital technologies as they interact with society.

“We are grateful to Matt for stepping into this role and excited about the vision and energy he brings to the center,” said Emily Carter, dean of the engineering school. “Ed has done a tremendous job building CITP into a pre-eminent nexus of technology, policy and social science, and a trusted voice on the sweeping, often unrecognized influences that digital technologies are having in our lives. I know Matt will build on that momentum in many ways.”

“Matt brings deep expertise and a record of inventive, collaborative research and teaching,” said Cecilia Rouse, dean of the Wilson School. “He exemplifies the multidisciplinary approach that makes CITP such an important center in the realm of technology policy.”

Salganik joined the Princeton faculty in 2007 after completing his Ph.D. at Columbia University. He also has held visiting positions at Microsoft Research, Cornell Tech, and most recently as professor-in-residence at The New York Times for the 2018-19 academic year. In addition to numerous papers, Salganik is the author of “Bit by Bit: Social Research in the Digital Age.” He currently serves on CITP’s executive committee and also is affiliated with the Center for Statistics and Machine Learning.

“CITP is a dynamic community of researchers, and I’m excited to help the community grow and thrive,” Salganik said.

Felten will continue full-time teaching and research at Princeton as well as public service through roles such as his current appointment as a member of U.S. Privacy and Civil Liberties Oversight Board.