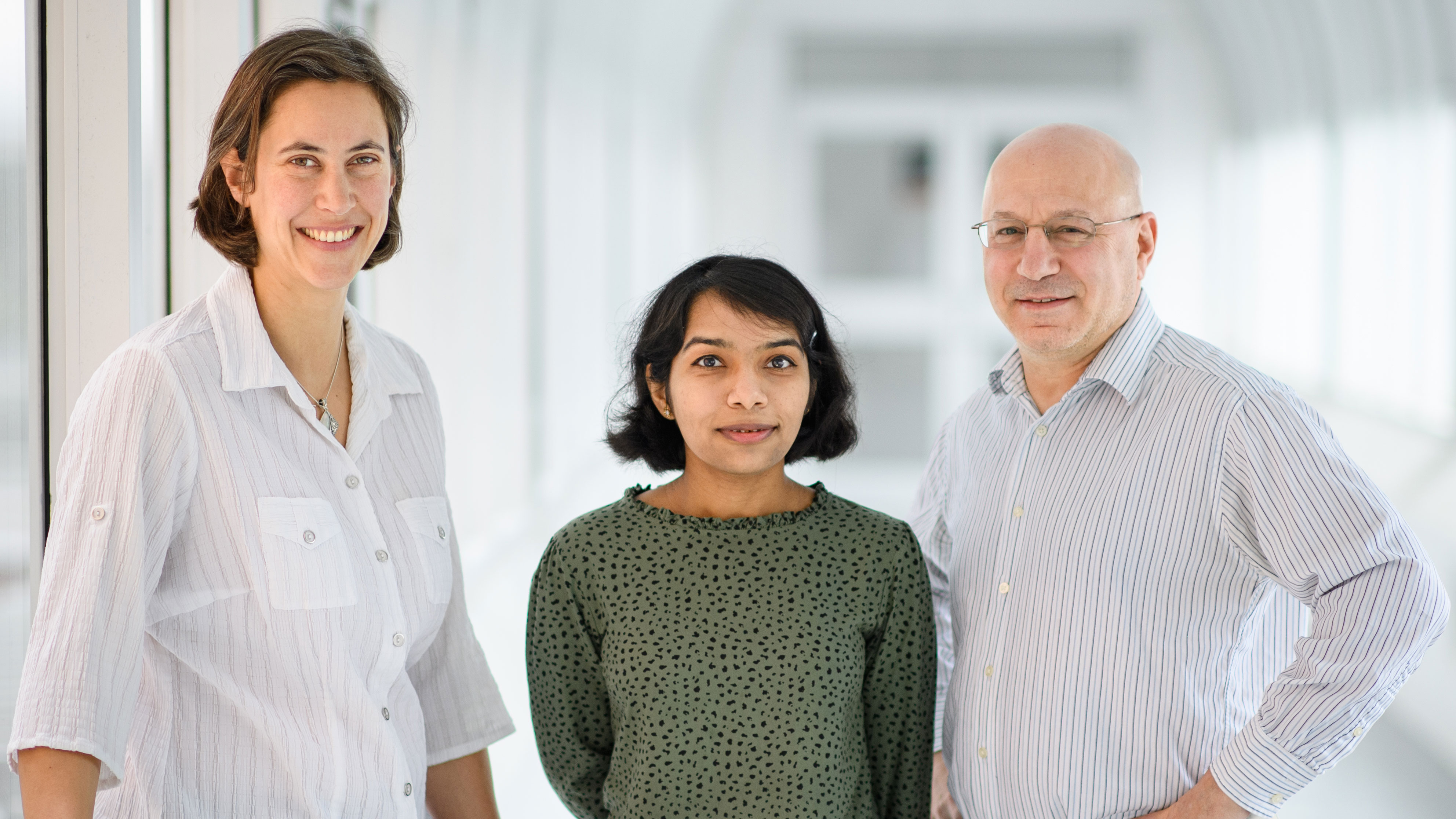 The award recognizes Thawani’s discipline-blending work on the formation of hollow protein cylinders called microtubules, which give cells their form and play a key role in cell division. Drawing from expertise in three laboratories – and four academic departments – Thawani has positioned herself as a burgeoning expert whose specialty lies between traditional fields. A student in the Department of Chemical and Biological Engineering, Thawani is co-advised by Sabine Petry, assistant professor of molecular biology, and Howard Stone, the Donald R. Dixon ’69 and Elizabeth W. Dixon Professor of Mechanical and Aerospace Engineering.

All three researchers recently co-wrote a paper with Joshua W. Shaevitz, professor of physics and the Lewis-Sigler Institute for Integrative Genomics, describing in mathematical detail how microtubules branch and form spindles, an essential process in separating chromosomes.

In 2019, Thawani was awarded Princeton University’s Charlotte Elizabeth Procter Honorific Fellowship, funding her final year of research as a graduate student. She has held a predoctoral fellowship from the American Heart Association and was awarded a research grant from the Marine Biological Laboratory in Woods Hole, Massachusetts. Prior to arriving at Princeton, she completed a bachelor’s degree in chemical engineering and computer science, with honors, at the Indian Institute of Technology Bombay. Later this year she will join Michael Elowitz’s lab as a postdoctoral researcher in the Division of Biology at the California Institute of Technology.

The Weintraub award, now in its 21st year, recognizes graduate student work of high quality, originality and significance to the biological sciences. Thawani is one of two Princeton students recognized in 2020. Rebecca Moore, a doctoral student advised by Professor Coleen Murphy in molecular biology, also is among twelve graduate from three countries received the award this year. A May 1 scientific symposium will give each of the awardees a chance to present findings from their research. Thawani was the only 2020 awardee from an engineering department.